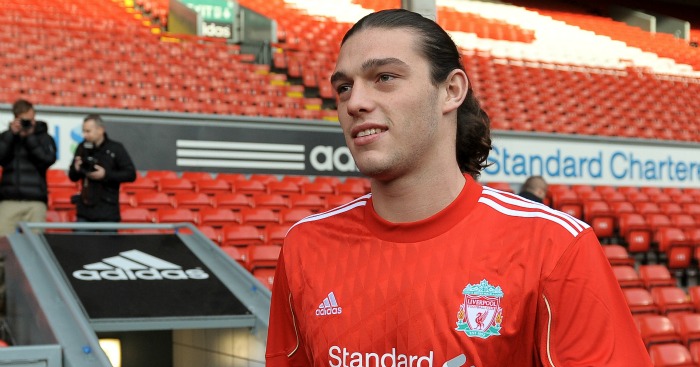 Angel di Maria
It all started so well for Angel di Maria. Fresh from his man-of-the-match performance for Real Madrid in the 2014 Champions League final, the winger carried his form into the World Cup. Injury in the quarter final curtailed his tournament, with Argentina falling to Germany at the last hurdle. A month later, he joined Manchester United for a club-record £59.7million, becoming the most expensive British transfer of all-time. Three goals and three assists apiece in his first five appearances seemed to confirm the inevitable: United had signed their very own Galactico, and he was ruddy good.

The reason for Di Maria’s subsequent regression is impossible to pinpoint. Injuries? Perhaps. The Van Gaal effect? Maybe. Adapting to a new league, team and culture? Possibly. A combination of all three seems more likely. But that does not negate just how sharp Di Maria’s Old Trafford decline was. His last goal for the club came against Yeovil in the FA Cup in January, while Marouane Fellaini, Ashley Young and Antonio Valencia played more Premier League minutes in Di Maria’s only Premier League season. The 27-year-old scored four goals in his 32 games for United; he has nine goals in 20 games for Paris Saint-Germain since moving to France for £44.3million.

Fernando Torres
While 27 is generally considered the peak of one’s footballing career, such an age appeared to herald the nadir for Fernando Torres. A record of 81 goals in 142 games for Liverpool had convinced Chelsea to spend a then British record £50million on the striker in January 2011. In terms of previous record signings at Stamford Bridge, the Blues will have been hoping for another Didier Drogba. Instead, Torres succeeded Andriy Shevchenko in more ways than one. Torres played 30 more games for Chelsea than he did for Liverpool, but scored 36 fewer goals.

It would be churlish to ignore his trophy haul at Chelsea, which included an FA Cup, a Europa League, and that memorable Champions League win in 2012. He was the top goalscorer for the Blues that season, and ensured that Gary Neville would enter commentary folklore with his strike at the Nou Camp. But it should have been so much more for a player once considered the most feared forward in the world.

Andy Carroll
There is something rather predictable about Liverpool’s biggest transfers. Dating back to 1987, nine of the club’s last 10 record signing have been strikers, with the club desperate to sign the firepower necessary for a title challenge or trophy tilt. Phil Babb is the underwhelming outlier. For the successes, read: Suarez, Luis or Rush, Ian. For the failures, read: Heskey, Emile, or Cisse, Djibril. But one man necessitates a chapter all of his own. And that man is Andrew Thomas Carroll.

It was a delightfully bizarre deadline-day in January 2011. The Reds, then in the early throes of Kenny Dalglish’s managerial return, had signed Suarez in the late hours, but the sale of Fernando Torres to Chelsea at around 11pm sparked panic as the minutes dwindled. There was only one option: sign a 22-year-old striker who had scored 14 goals in 49 Premier League appearances for Newcastle. For £35million. How did it possibly not work out?

Dani Osvaldo
For a club so generally respected over their transfer business, Southampton’s signing of Dani Osvaldo in 2013 really does stick out like Jose Fonte’s sore eye after receiving a headbutt from the Italian. That training ground fracas with the central defender marked just one of many controversial moments in Osvaldo’s Southampton career. They were far fewer moments of inspiration. The forward had enjoyed spells at six clubs in eights years across Europe before arriving at St Mary’s for £12.8million. He scored three goals in 13 games in his first season, including a sumptuous lob against Manchester City. In fact, he scored three goals in 13 games in his Southampton career. Loan spells at Juventus, Inter Milan and Boca Juniors followed, with Southampton finally releasing the 29-year-old this summer. He cost them a reported £25million in fees and wages across two season.

Ricky van Wolfswinkel
They say the Championship play-off final is worth well over £100million, which each individual placing in the Premier League is worth an extra £1.23million, or thereabouts. But what of a Ricky van Wolfswinkel league goal? For Norwich, that would cost £8.5million.

The Dutchman had rotund shoes to fill at Carrow Road, with Grant Holt’s No 9 shirt bestowed upon him as he arrived in summer 2013. Van Wolfswinkel had scored 28 goals in 55 league appearances over the preceding two seasons for Sporting Lisbon, and was seen as the man who would fire Norwich to certain Premier League safety. A goal on his debut against Everton reaffirmed that belief. The striker failed to score in his next 24 league games, and the Canaries were subsequently relegated. That went well.

He may be Ricky van Wolfswinkel, but he most certainly was not the dog’s b*llocks.