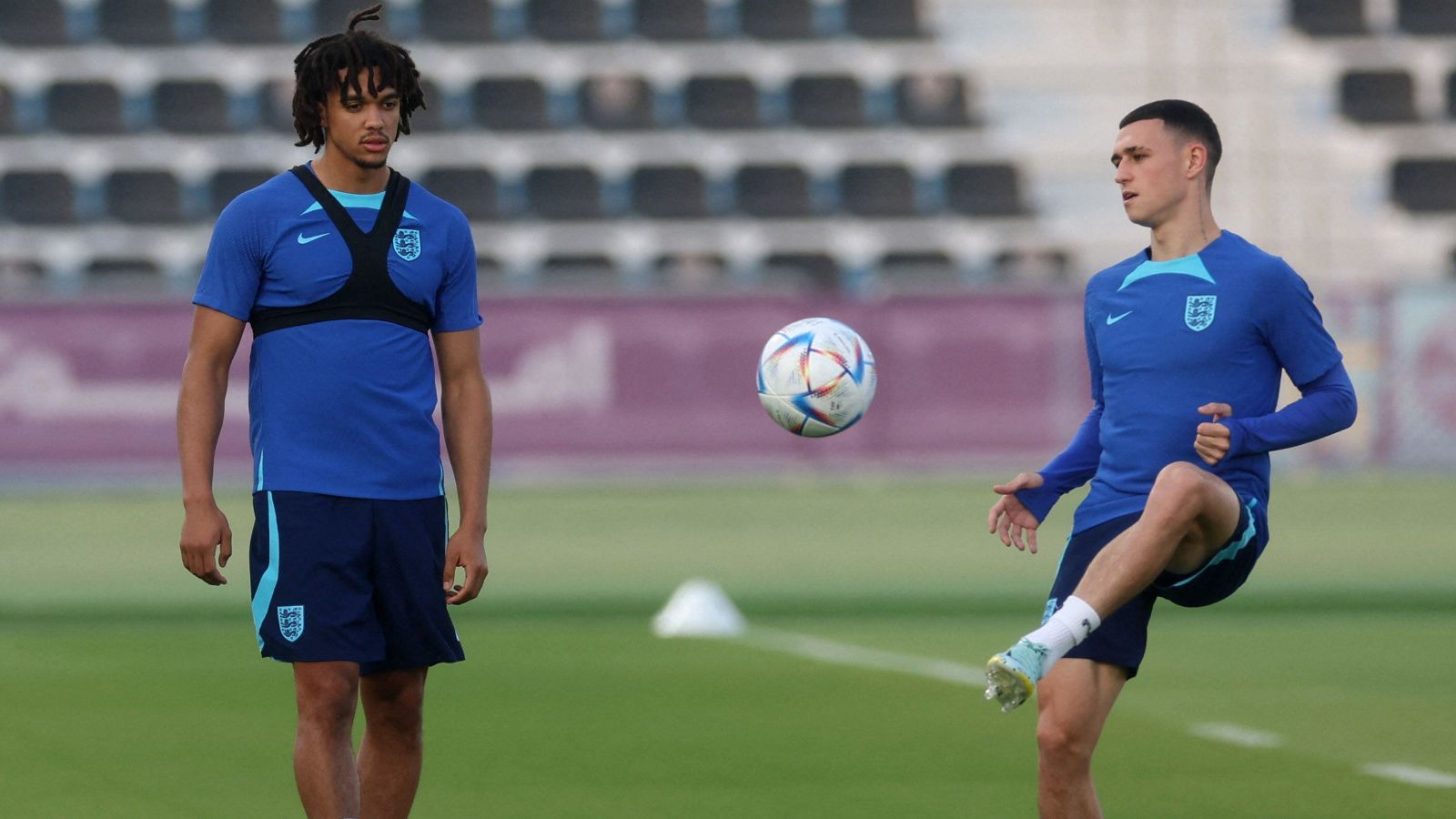 Are England even at a major tournament until there’s been The Clamour?

It’s certainly a more reliable indicator that a World Cup or Euros is under way than some daft 6-2 win or other. We call it the Joe Cole Role, one he fulfilled admirably at many tournaments before rather spoiling it by scoring an excellent if slightly overrated goal against Sweden that time.

It goes back further than that, though, with the likes of Glenn Hoddle and conspiracy-theorising friend of Farage Matt Le Tissier previous long-standing holders of England’s Clamour mantle. There is definitely a type, and we don’t mean Covid-denying anti-vax wingnut. Essentially The Clamour must usually centre on a mercurial yet absurdly talented individual who will definitely Make Everything Right or at least More Fun. ‘Offering something different’ is key to The Clamour.

But with Gareth Southgate yielding to The Clamour in his initial squad announcement by picking James Maddison despite not liking the cut of his jib one bit and then the first game of the tournament going so suspiciously well there was almost no Clamour to be heard.

Luckily, a goalless draw against USA a few days later that means England are almost certainly through to the last 16 of the World Cup was suitably disastrous to bring The Clamour back in all its magnificent glory.

Now there are Clamours all over the shop. Here are the five players Gareth Southgate MUST but most likely WON’T pick to start the 2-0 win over Wales…

1. Phil Foden
A slightly unusual Clamour merchant in that his talents are obvious and technical and prodigious but not particularly mercurial. He’s just really frighteningly good and is a key member of the best club side in the land.

But, and it’s not particularly his fault, has he ever actually had a really good game for England? We’re struggling to remember much of anything from his 19 caps. But when passes are being misplaced and inspiration in short supply, Foden’s technical ability is alluring.

We’re quite proud of England fans for the Foden Clamour, not because it’s necessarily right (although he should absolutely definitely have come off the bench against USA, that’s just obvious. There were two subs left FFS) but because it shows growth. Foden is not a Le Tissier/Hoddle/Grealish maverick one-off fixer of broken systems but a player who should in theory make the current system work much more effectively. The problem is that it remains theory.

2. Jack Grealish
If Foden is slightly unusual for a Clamour player then his City team-mate Grealish ticks every single box and some others.

He was The Clamour du jour at the Euros, which famously went horribly for England with Grealish in a bit-part role, and what was interesting then was that whenever Grealish was introduced with little to no impact The Clamour simply immediately switched to Jadon Sancho. The Clamour, to its enormous credit, will never be deterred by evidence of its possible wrongness.

Grealish, meanwhile, has become a more useful if ever so slightly less giddily fun player for England since joining the Pep Machine. Might be something in that, for a proper serious feature by a proper serious writer.

3. Trent Alexander-Arnold
A fascinating Clamour case study, because it is wildly unusual for a defensive player to be the subject of The Clamour. That in itself reveals everything about why TAA even needs a Clamour. Because The Clamour exists not for his defensive abilities. Nobody is saying “Southgate should pick TAA because he’ll shore things right up at the back”.

No, they want raking crossfield switches and teasing crosses and set-piece devilry and to heck with that defensive hullaballoo. We can all see 6-2 is better than 0-0, that’s just maths. Pick the man, Gareth. What’s the matter with you? Thought you were a man of science and logic, but you’re out here acting like 0-0 is better than 6-2. You’re as mad as Le Tissier.

We have a half-baked theory that the relative struggles of Foden and TAA to replicate their elite club form on England duty has something to do with their only having ever played for the very best of club sides over the last five years or so. Even those other members of the squad who are currently at elite sides have had to strive to either help their current club become that or simply move to one that is. But again, that’s not for here. Pick the exciting footballer, Gareth!

4. James Maddison
Oh he’s ‘injured’ is he? He’s ‘sat out training again’ has he? How convenient. Interesting that he wasn’t injured or sitting out training for Leicester. Makes you think, doesn’t it?

In a way, having a quasi-knacked unselectable Maddison around the place has been ideal for Southgate. The squad selection Clamour was silenced, and the seemingly inevitable team selection Clamour that was set to follow was stymied.

Splendidly, that didn’t stop ex-player turned professional gobshite Jamie O’Hara having his cake and scoffing it by spending months saying Southgate MUST pick Maddison and then instantly turning round and criticising Southgate for bowing to pressure from the media and picking Maddison. Greatness finds a way.

5. Callum Wilson
Harry Kane looked ploddingly off the pace and wasn’t much involved at all against USA with concerns over an injury to his ankle. History tells us that this sort of Kane performance is absolutely never followed by him scoring like six goals in the next four games or something.

The thrill of the unknown (or at least lesser known) can be dangerously alluring. The facts are these: Harry Kane has had far more bad games for England than Callum Wilson has. Yet Southgate, of course, will stick with his tried and trusted favourites won’t he? Typical of him.

Bonus Future Clamour: Jude Bellingham
Just a placeholder this one really for a Clamour that will begin at the precise moment Gareth Southgate’s team sheet lands confirming Jordan Henderson starts against Wales. We’re very excited about this selection, because Henderson for Bellingham in an almost dead rubber against Wales is the most Gareth Southgate selection imaginable: conservative, generally vaguely dispiriting, but entirely understandable and probably sensible and what can really go wrong? Henderson going to get the runaround from the now entirely theoretical concept that is Aaron Ramsey? Still, though. It is technically an all-or-nothing game and Southgate is going to start it with England’s two (arguably three if you include TAA) most technically gifted footballers on the bench. It is spectacularly on brand, and no amount of acknowledging that Southgate Knows What He’s Doing at a major tournament can change that.