Home Arsenal Five English players who should have moved this summer 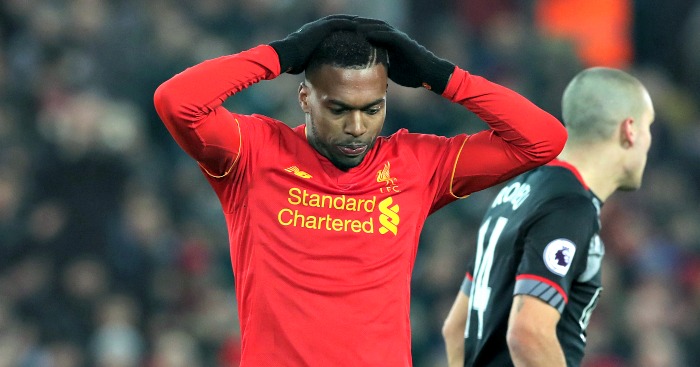 Theo Walcott
Since January 20, 2006, Kolo Toure ranks second for most appearances made under Arsene Wenger with 299; Cesc Fabregas is third with 271. Both typify respective eras under Arsene Wenger: the former was integral to the Frenchman’s greatest success in north London, while the latter represents his time as a purveyor of potential.

Theo Walcott tops the list of most games played under Wenger (384) not only since January 20, 2006 – the day he signed – but overall. He neatly bridges that gap to the Frenchman’s final chapter. The England winger is the frustrating, wasted and disappointing talent that has come to define the manager’s later years.

Arsenal have bought 75 players for £461.55million and sold or released 149 for £352.8m since Walcott’s arrival as a Southampton prodigy. Through a decade of constant chopping and changing overseen by one manager, Walcott has somehow escaped the cut each time. Quite how is a mystery.

This summer felt like a watershed moment. Walcott must surely have seen both Alex Oxlade-Chamberlain and Kieran Gibbs depart the Emirates Stadium to try and boost their chances of England selection in a World Cup year, yet the 28-year-old stayed aboard the sinking ship like the Titanic’s band. Playing fewer games than Alex Iwobi last season and not yet starting a single game this campaign must really have persuaded him that he has a huge role in the squad.

Daniel Sturridge
The sight of Daniel Sturridge stooping low to head home Liverpool’s fourth and final effort against Arsenal at Anfield in August was an endearing one. On an afternoon where seemingly everything went right for the hosts, it was the injury-prone icing on the most delightful of cakes.

The relief on Sturridge’s face was palpable. He was made to wait until December 27th for his first Premier League strike of last season, but had opened his account in the first month of a campaign for the first time since 2014/15. Liverpool boast one of the continent’s most fearsome attacks, and he is a fine addition to have in reserve.

But a role as a substitute is one only very few players relish, and Sturridge is not one to accept anything other than regular starts. The accepted wisdom surrounding the 28-year-old is that injuries have hampered his progress under Jurgen Klopp, but he was only injured for nine games last season; he started seven.

Sturridge is a wonderful player, and while he is towards the front of the queue forming behind Roberto Firmino, Mohamed Salah and Sadio Mane, it is surely a role he is not happy with. Both he and Jurgen Klopp are willing it to work, but some relationships are just not meant to be.

Ashley Young
When Ashley Young does ‘sit down with Jose Mourinho’ to ‘thrash out his Manchester United future’, as reports suggested earlier this week, one should not expect discussions to be drawn out. Once niceties have been exchanged and Young has made five cups of tea, spoken about his summer holidays, been to the bathroom, pretended he has a phone call and asked how the kids are in an attempt to exhaust every possible way of avoiding the difficult subject, Mourinho will surely deliver the bad news.

Young has one year remaining on his Old Trafford contract, and it seems unfathomable that his six-year stay will be extended beyond the summer of 2018. There is an argument that he offers experience as one of the club’s longest-serving players, but they already have one well-paid mascot in Michael Carrick, and a number of players who have been there longer. A muscle injury has sidelined Young since the end of last season, but only the most eternal optimist would point to that as the reason he has played as much – or rather as little – football as the club captain this season.

Having only turned 32 in July, Young still has plenty to offer a side in the lower reaches of the Premier League. The temptation to stay in a position of comfort and potentially add more trophies to his collection is admittedly difficult to reject, but the winger could have been a regular fixture elsewhere. Everton, West Ham, Swansea and Watford were all linked with the erstwhile England international in the summer, but some prefer the shade of the bench to the limelight of first-team football.

Jack Wilshere
Of our list of ten English players who need a transfer, published in June, only four left their clubs, and just two on a permanent basis. Calum Chambers and Fabian Delph were two of those who chose who stick around, but Wilshere was the most surprising.

Wenger took the most difficult step last season, sending the troublesome Wilshere to boarding school in Bournemouth. Disappointing grades on the south coast led to a lack of interest from elsewhere, but somehow the midfielder is back to square one at Arsenal.

“I want him to have a chance to play somewhere,” Wenger said in August, but if those opportunities eventually dried up when in competition with Dan Gosling and Andrew Surman, they will be even harder to come by in north London.

Ross Barkley
At the very least, Ross Barkley has offered an explanation for his choice not to leave Everton. ‘I simply decided that due to my injury, it would be best to make a decision on my future and assess all my options in January when fully fit,’ he posted on Twitter.

The social media sages did not take long to pounce. ‘That’s like postponing your wedding for 4 months because you have a cold,’ one noted. ‘While you look for a better wife haha,’ another added in response.

It does feel as though Barkley has simply delayed the inevitable in staying. Burning Goodison Park bridges only postpones his journey south. New Year, new Ross, new club.