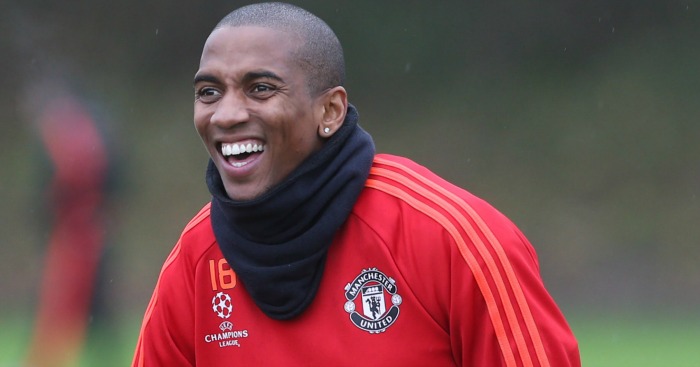 Ashley Young
They say the life of a utility man is a dangerous one to lead: The thrills of filling in at right-back; the excitement of plugging a gap up front; the exhilaration generated by donning the goalkeeper’s gloves for the final five minutes of a match. There are two extremes in the world of the utility man. We know them as the excellent, or the ‘Luis Enrique, and the not-so-excellent, known as the ‘John O’Shea’.

Ashley Young is planted firmly towards the realm of the latter. The Young of ten years ago was a fine striker at Watford, but the Young of a decade later should not be playing as a striker for Manchester United. But Louis van Gaal, Aloysius Paulus Maria van Gaal, saw fit to play Young as a striker against Tottenham. He left actual, real, genuine striker Anthony Martial stranded on the wing.

Once an explosive forward with lightning pace, the 30-year-old is now a right-back/left-back/right winger/left winger/central midfielder/striker. David de Gea had better beware when United engage in their next penalty shoot-out. Van Gaal has previous in that department.

Calum Chambers has only recently enrolled onto the seventh module at the University of Phil Jones, where he studies the art of frustrating a fan base. At 21, time is undoubtedly on Chambers’ side, but there is one simple question: What is his favoured position?

“He was educated as a central midfielder and then played with England U19s at centre-back and right-back for Southampton,” said Arsene Wenger upon unveiling his new signing in July 2014. “I think he’ll be a better right-back,” said Ray Parlour four months later. “I still see myself as centre back and maybe a holding central midfielder,” said Chambers himself in January this year. Over three seasons and 83 first-team appearances into his career, we are yet to discover where Chambers actually excels. Poor thing.

James Milner
A tea tray. A garlic press. A potato masher. Travellers cheques. A pencil made of cheese.

James Milner truly puts the ‘utility’ into ‘utility man’. That last one is a bit weird, but the message is clear: Milner can be useful, but only infrequently so. To Jurgen Klopp, the 30-year-old has proven his use this season by playing as a right-back, in defensive midfield, on the right wing and on the left wing. He also played as an emergency striker for Manchester City. If you want a 6.5/10 performance in any position, just put James Milner there.

Tom Cleverley
Roberto Martinez has done some silly things before. He said that he was aiming for Champions League football when he was appointed manager of Everton. He once insisted that John Stones accidentally handed in a transfer request. He believes that Gareth Barry is one of the greatest English midfielders ever. He subbed on a striker for a winger on 76 minutes with Everton 2-0 up but one-man down against West Ham in March; the Toffees subsequently lost 3-2.

But has Martinez ever done – or said – something quite this silly? Speaking on Tom Cleverley in February, the Spaniard said: “I think you do not have a better English player. Technically, he is as good as you get. The way he executes, how he reads the game, for me he is one of the most sensational you are going to see in Premier League history.”

Cleverley, a central midfielder by trade, has played more games on the left wing for Everton this season than Kevin Mirallas and Aaron Lennon combined. From Wing’s to the left wing, if you know your Manchester United tabloid coverage.