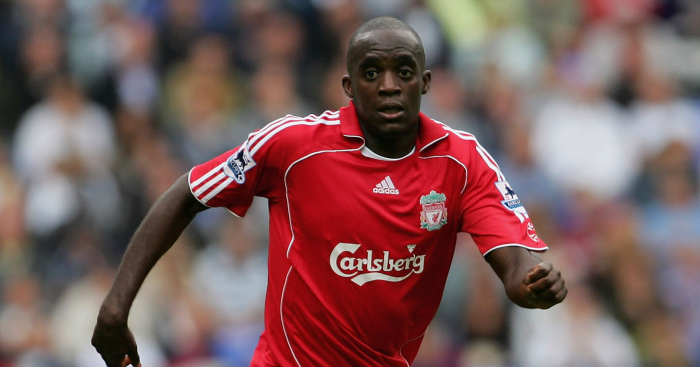 With Bournemouth the only Premier League club spending actual money this January, it seems that coffers are particularly bare. So perhaps Arsenal and those of a similarly restricted economic persuasion would be interested in some free agents with Premier League experience? These lads would be cheap and, just because we’re nice, we’ve picked the ones who could actually still be alright. A winner’s medal for at least one of Europe’s top five top-flight leagues is an absolute minimum.

John Obi Mikel
It should come as little surprise to hear that up to six Premier League teams hold an interest in John Obi Mikel. After all, the Nigerian’s career on these shores began with a monumental tug-of-war between two of England’s biggest teams.

In 2005, Mikel was genuinely one of the world’s brightest talents. He won the Silver Ball at the FIFA World Youth Championships, missing out to a little Argentine fella called Lionel. And he was the subject of speculation linking him with a move to both Chelsea and Manchester United.

It seemed that the latter had won the race. “I am surprised that a big club like Manchester United wanted me,” Mikel said at a hastily arranged press conference in April, holding up a United shirt bearing his own name and squad number. “I am pleased to get the chance to play for one of the biggest clubs in the world.”

Yet that opportunity never presented itself. Over the ensuing 12 months Chelsea contested the deal, leading to suggestions of kidnapping, genuine confusion from Lyn Oslo as to his actual whereabouts, and divine FIFA intervention. With the weight of the decision placed squarely upon an 18-year-old Mikel’s shoulders, he eventually chose Chelsea.

Over the course of 11 seasons, the midfielder won nine trophies. He left Stamford Bridge with two Premier League titles and one Champions League trophy, heading to China for a career swansong. But after two years at Tianjin Teda, his future is uncertain once more.

“As for my next stop, I am not sure yet,” said the 31-year-old last week, with Crystal Palace a mooted destination. “Maybe I will return to Europe, maybe stay in China.” And who could possibly turn down the fourth-highest Nigerian Premier League appearance-maker?

Alvaro Negredo
Pablo Zabaleta made the most appearances, Yaya Toure scored the most goals and Joe Hart gave the most rousing tunnel team talks, but Alvaro Negredo’s impact on Manchester City’s 2013/14 Premier League title win should not be overlooked. Liverpool might never have let it slip had the Beast not left some carefully placed banana skins in his wake.

The Reds capitulated in April, but no dropped points proved more costly than those in December. A month that started with a loss to Hull ended with successive defeats to City and Chelsea in the space of three days, with Negredo netting the winning goal in the former – ably assisted by Simon Mignolet’s chocolate wrists. City finished two points above Liverpool come May, Negredo’s goal proving vital.

The Spaniard scored 23 goals that season despite failing to find the net beyond January 21. He left for Valencia that summer, but returned to the Premier League two years later to combine his winner’s medal with a Middlesbrough relegation.

Now fresh from scoring ten goals in 13 games for Al-Nasr in the United Arab Emirates, the 33-year-old is seeking another club. And of the five managers he has made the most career appearances for, three currently work in the Premier League. How about it, Nuno/Manuel Pellegrini/Unai Emery?

Yohan Cabaye
Another alumnus of Al Nasr’s ‘Class of 2019’, Yohan Cabaye finds himself out of work just six months after leaving Crystal Palace. The Frenchman headed to the Middle East on a two-year contract at the end of last season, but has had his deal cut short for offensive levels of dreamboatery.

As short-lived as it was, it represented Cabaye’s first spell outside of France or England. He left Lille as a reigning Ligue Un champion to join Newcastle in summer 2011, establishing himself as one of the Premier League’s best midfielders over the next two-and-a-half years. Two more French titles followed with PSG, before Crystal Palace offered a return to colder climes.

Having only turned 33 on Monday, Cabaye would still bring genuine quality to most midfields. He created more chances than Wayne Rooney in 2011/12, made more interceptions than all but three Premier League players in 2015/16, and only three players (Rooney, Suarez, Toure) scored more goals from outside the box from August 2010 to May 2015, despite the Frenchman playing in the Premier League for just half of those five years. He could certainly still #DoAJob.

Momo Sissoko
The Premier League’s greatest Sissoko until recent developments, Momo was genuinely underrated. His gangly frame created the image of an endearingly awkward player who never looked particularly comfortable on the ball, but that was the perception. The reality was the complete opposite.

Rafael Benitez once described the Liverpool cult hero as “the team’s battery”, with the Spaniard suggesting Sissoko’s performance in the 2006 FA Cup final was just as important as Steven Gerrard’s. “Maybe a lot of people don’t recognise how important Momo is,” he said, “but everyone at the club knows it.”

The manager’s premonition that Sissoko could “become one of the best midfielders around” never came to fruition but injuries, not a lack of ability, was the problem. It is no coincidence that the Mali international formed a key part of Benitez’s La Liga and UEFA Cup-winning Valencia side of 2004.

Sissoko would add a Ligue Un title to his collection later in his career at PSG, but has been without a club since leaving Hong Kong side Kitchee in October to care for his ill father back in France. How lovely it would be to see him again; Rafa wouldn’t even have to spend too much of his own money to bring him in.

Kieran Richardson
“I’m happy right now in family mode,” said Kieran Richardson in September. “Based in London at the moment but if a right opportunity comes in for me and my family then I’ll consider.”

Little over two years have passed since the last “right opportunity” presented itself to the 34-year-old England international. After 14 consecutive seasons as a Premier League player across five different clubs, Richardson joined relegation-battling Cardiff as one of four free-agent signings in two days in October 2016.

Six games later, the winger had departed south Wales, only to embark on an unsuccessful trial with Tony Adams’ Granada. That experience has been enough to keep him out of football entirely for the subsequent 21 months. But his 265 Premier League appearances, one winner’s medal and time working under Tim Sherwood means he is running out of time to impart such valuable knowledge before it overflows.