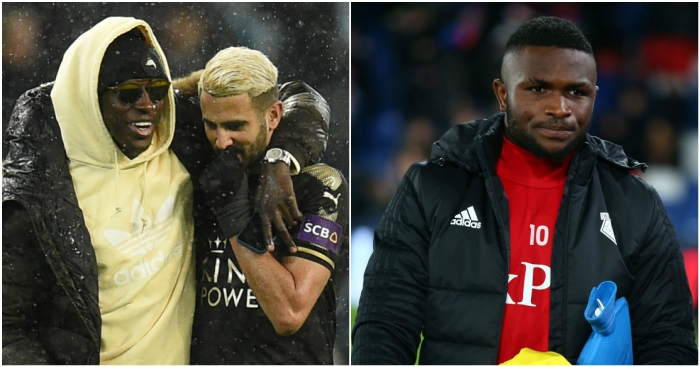 Ivan Cavaleiro (Wolves, £7m)
The awards were more readily handed out to Ruben Neves, the plaudits gifted to Willy Boly and Diogo Jota, and the nods for underappreciation cast in the direction of Barry Douglas and Conor Coady. But without the efforts of Ivan Cavaleiro, Wolves might not have found the Championship such a comfortable home.

Cavaleiro is the ultimate hipster, joining Wolves under Kenny Jackett in the summer of 2016 before they were fashionable. They finished that season 15th, but he was rewarded for his foresight with promotion the following year. Nine goals and 12 assists in 42 games suggests he more than played his part.

But time is a cruel mistress, and the 24-year-old could suffer for his lack of new-signing sheen. An injury kept him out against Everton, although Jota and Helder Costa might well have consigned him to the bench anyway. Throw in Adama Traore and a host of central attacking options to encourage a formation change, and Cavaleiro might well be the odd one out.

Isaac Success (Watford, £12.5m)
Much like Felipe Melo and Bernt Haas, Isaac Success has proven the exception to football’s rule of nominative determinism. He has far from lived up to his own billing since joining Watford in July 2016. The striker replaced Abdoulaye Doucoure as the club’s most expensive player ever, yet alarm bells were ignored just to bring him to Vicarage Road in the first place.

Success hardly made a splash over two years in La Liga. A record of seven goals in 56 games for Granada was underwhelming, albeit with the caveat of this being a young striker leading the line for a relegation-threatened club in Spain. But Watford clearly saw enough to pluck him from obscurity in a deal that our non-existent legal team has demanded we discuss no further.

Having been rescued from having his arse kicked by Tony Adams, Success proceeded to repay Watford’s faith with one goal in 21 games in his first season. Do not let an appearance as a substitute in the opening victory over Brighton fool you; Aston Villa have been linked for a reason.

Nampalys Mendy (Leicester, £13m)
The headrush of unexpected Premier League title glory led Leicester to a hat-trick of club-record transfers in the summer of 2016. Islam Slimani arrived on deadline day for £29m, raising a £16.6m bar Ahmed Musa had placed the previous month. Both have since been shuffled out the King Power Stadium side exit, in a fate that will almost certainly befall their direct predecessor.

Nampalys Mendy had rejected a move to “dream club” Manchester United in 2013, but the ‘new Claude Makelele’ was finally ready to follow in the Premier League footsteps of his forerunner three years later. With N’Golo Kante bound for Chelsea, champions Leicester had some spare shoes that needed to be filled. Mendy found that they were about seven sizes too big, tripped and fell flat on his club-record face.

Twelve months later, with seven Leicester appearances to his name, he was loaned back out to Nice, and now finds himself at a crossroads. Failing to even make the bench against United suggests he should follow the path that leads out of the East Midlands.

Yannick Bolasie (Everton, £25m)
“He is one of the best wingers in the Premier League,” said Ronald Koeman in August 2016. “If you pay that amount of money for a player it is really an important transfer, and of course we know about his qualities,” he added, and for that sort of money, you really would hope so. The Dutchman sanctioned a club-record £30m deal to sign the Crystal Palace forward.

The £5m worth of clauses is unlikely to ever be met due to circumstances out of anyone’s control, meaning Bolasie never quite surpassed Romelu Lukaku’s £28m fee two years prior as planned. The 29-year-old has understandably struggled to recover from a cruciate knee ligament injury suffered against Manchester United in December 2016, and the club have since outgrown him in their quest for fun and excitement. A tug of war between Aston Villa and Middlesbrough is an unappealing but begrudgingly accepted destiny.

Eliaquim Mangala (Manchester City, £41.9m)
In official terms, Eliaquim Mangala was never a record Manchester City signing. The club announced him as a £32m purchase in August 2014, with Sergio Aguero costing £6m more three years before. He was, rather mercilessly, the most expensive defender in Premier League history, but not City’s costliest player.

History ought to remember things differently. Between payments to Porto, Doyen Sports and Danubio – Mangala’s former club and his two third-party owners – the numbers involved were far greater than those reported. The defender’s final fee was closer to £42m than £32m. Aguero had technically been overtaken.

Things have gone gradually downhill since for the France international. Twenty-five Premier League appearances in his first season was followed by 23 in his next, before a forgettable loan spell with Valencia in 2016/17. The following campaign saw 11 appearances stretched across his time at City and Everton, and a potential spot on a list of the most unworthy Premier League winners ever.

Opportunities in central defence are unlikely to be forthcoming at the Etihad, meaning an exit is the only solution that suits all parties. City will surely cash in; were the 27-year-old to leave on a free transfer next summer, it would seal his place as one of the worst top-flight signings in history.