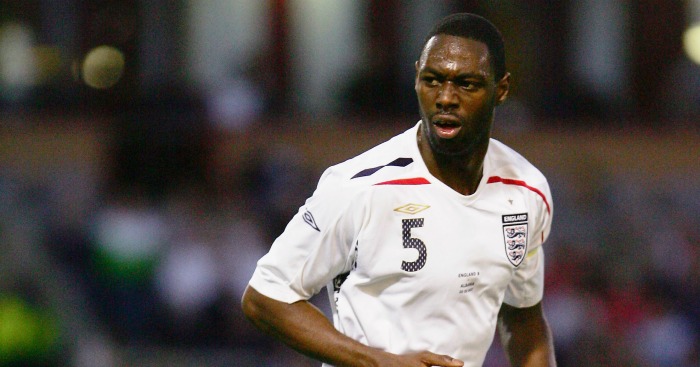 With the latest panic over Daniel Sturridge’s unreliable legs, we sat for a few minutes trying to think of other injury-prone England players from through the years. When our brains stopped hurting, we wrote about them:

Jack Wilshere
He will always be Young Jack to us, but Wilshere actually turns 25 on the first day of next year. Where did our lives go? How quickly did those Halcyon days pass like ships in the night?

Wilshere isn’t universally liked, but for him to have only won 28 more caps since his debut in August 2010 is a bloody shame. Whereas once injury-prone footballers were treated with great sympathy, now the standard response is mockery (Abou Diaby and Phil Jones) or a weird strain of anger, as in Wilshere’s case. It’s hardly his bloody fault.

Torn ligaments, broken bones and pulled muscles; Wilshere has the set. All we can do is cross our fingers that he can finally find an extended run of fitness, for the form will inevitably follow. Wilshere has still only managed to start 80 league starts for Arsenal, which is ridiculous given his talent and age. Since September 2014, he has completed 90 minutes four times for England, but never for his club.

Jamie Redknapp
Jamie Redknapp the pundit has now eclipsed Jamie Redknapp the player, in notoriety at least. Nothing makes you feel old quite realising that 16-year-olds won’t ever remember him as a professional footballer. ‘Who is this beautiful man on my screen? Did he play a bit too?’

Actually, Redknapp was an extremely cultured central midfielder whose international career was consistently hampered by injury. For him to have only managed 17 caps while Matthew Upson received 21 makes me several different kinds of sad.

Redknapp played just 39 minutes of major tournament football for England, ruled out of both World Cup ‘98 and Euro 2000 with injury. He eventually retired in 2005 at the age of just 31 after growing weary of trying to hold back the tide.

Darren Anderton
Anderton was actually the first England player to be treated with mockery rather than empathy for his injuries. The ‘Sicknote’ nickname dogged him for most of his career; goodness knows how vitriolic it would have been in the age of Facebook and Twitter.

‘If Darren Anderton was a racehorse, he would have been put out to grass by now,’ wrote the BBC’s John May in November 2001. ‘But, like a true thoroughbred, he is again about to make a late run and come through on the rails to claim a place in an England squad for a major championship.’ By the following March, hamstring injuries had ruled him out of England’s next game, and he failed to make the World Cup squad.

Having been ruled out of World Cup 2006 by the curse of the broken metatarsal, King then struggled to get into Steve McClaren’s England side after injury. Fabio Capello consistently praised the central defender’s ability after taking over, but again stressed that he could not rely on his fitness. With John Terry, Rio Ferdinand and Sol Campbell as alternative options during most of King’s career, he managed only 21 senior caps.

Redknapp senior has said plenty of silly things in his time, but his assessment of King’s injury is worth remembering:

“There’s no cure. There’s no cartilage, nothing to operate on. It’s just bone on bone. So it’s just a question of managing it. It swells up after games and it normally takes seven days to recover but having played on Monday night he’s had less time than usual. He rarely trains, he mostly just goes to the gym to keep himself ticking over. But not running or anything like that. But even if he only plays 20 games a season, he’s worth having because he’s so good we have a much better chance of winning.”

Owen Hargreaves
Hargreaves’ injury problems almost coincided with his call-up to the England senior squad at the age of 20. In the 2002/03 season with Bayern, he suffered thigh, calf and abductor muscle problems, and suffered a series of setbacks before breaking his leg in 2006.

Hargreaves briefly gained some consistency after moving to Manchester United in 2007, but by his second season had been diagnosed with a recurrent patellar tendinitis problem, forcing surgery on both of his knees. In hindsight, that effectively signalled the end of his top-level career.

Having managed 24 senior caps between the ages of 20 and 23, Hargreaves managed just 18 more after turning 24. His last competitive game for England came in March 2007, at the age of just 26.