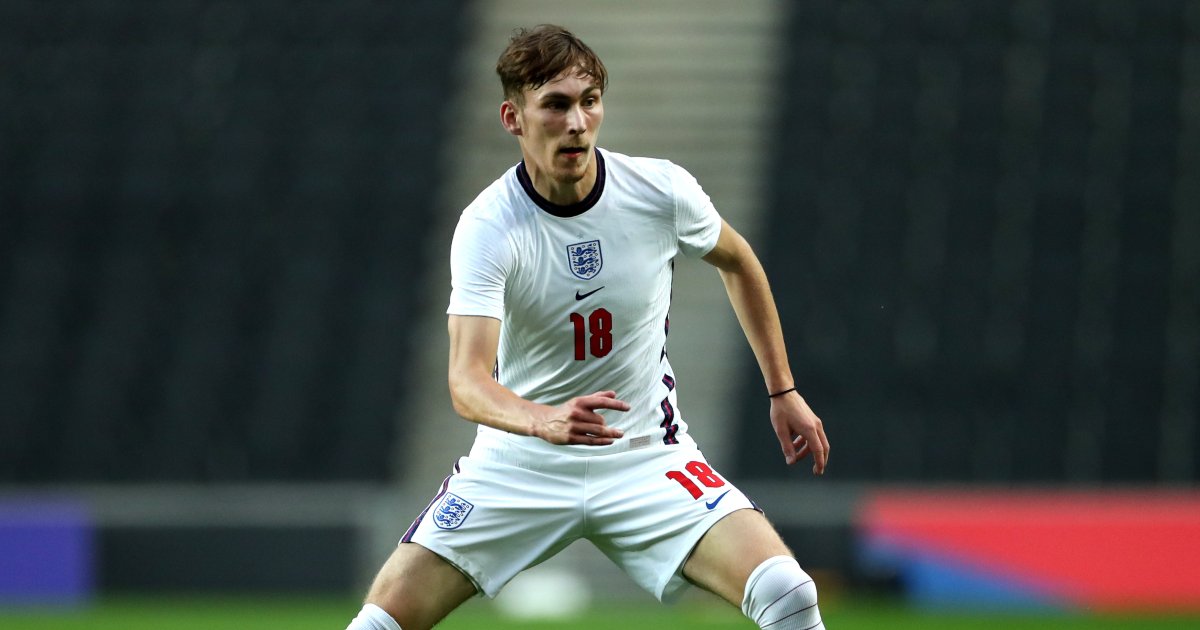 James Garner is among the Championship players who could push for full England honours.

Josef Bursik (Stoke City)
Stoke City shot-stopper Bursik is just one of a group of Potters to have come through the youth academy in Staffordshire to impress in the first team at the bet365 Stadium. While currently losing out in a battle with the more senior Adam Davies for the number one spot, Bursik’s rise since Covid began has been nothing short of remarkable, and suitably unprecedented.

Three loan spells in League One last season – with Doncaster and then Peterborough before a one-game stint for Lincoln City’s first semi-final against Sunderland –  sandwiched a breakthrough to the Stoke first team where Bursik showcased his talent as one of the nation’s most promising young goalkeepers.

Time is not the only thing on his side. Wales shot-stopper Davies is currently first choice in a titanic tussle to be chief custodian in ST4, but in Michael O’Neill, Bursik has a manager who has full trust in youth in the red-and-white corner of the Creative County. With Bursik having represented England at every level from Under-17 to Under-21, and given his rise over the last 18 months, don’t be surprised to see the 21-year-old in the first-team squad in another 18 months.

Levi Colwill (Huddersfield Town, on loan from Chelsea)
The youngest man on this list could actually be the first to pull on the England shirt. The 18-year-old had never played a professional senior game before joining Huddersfield Town on a season-long loan move in the summer, but the colossal performances he has produced – largely in a back three – have defied his teenage years.

Like Marc Guehi and Conor Gallagher before him, Colwill has gone to the Championship with only youth team experience and taken no time in not only finding his feet, but excelling at this level against some players nearly twice his age and with a lifetime’s more experience.

Huddersfield will be doing everything they can to hold onto Colwill until January, and given the great start the Terriers have made to this season, consistency in a set-up in which he is thriving makes sense to maintain this rapid growth. Centre-back is one of few areas where England lack serious depth, and should Colwill be playing Premier League football before 2024, expect to see him on the plane to the European Championship in Germany.

Rob Dickie (QPR)
From the youngest player here to by far the oldest, Rob Dickie is the relative geriatric of this quintet, but with every bit as much reason to be here. There have been a plethora of footballers who have shown that you needn’t get on the England train early in your career to have an impact, Rickie Lambert being the most famous example in the 21st century.

Dickie has had a remarkable rise of his own from a relative nobody in EFL terms in his early 20s. The 25-year-old has had a storming start to the season for QPR, becoming an instrumental figure at both ends of the pitch for the Hoops, punishing four of his opening six opponents this season with goals while being a commander at the back for Mark Warburton’s underdogs.

His club’s slight dip in form coincided with Dickie being a little off his best, including being robbed of the ball against Bournemouth during a sequence of defeats, but that no Premier League side moved for the former Reading and Oxford United defender in the summer shocked us all.

Whether QPR work their way back to the top flight or not, Dickie will be in the Premier League for 2022/23. From there, another jump in might see him merit an inclusion in Gareth Southgate’s plans.

Jaiden Anthony (AFC Bournemouth)
Back to the fresh-faced youngsters, and had we been told at the start of the season that a Bournemouth winger would warrant inclusion on this list, we would have lumped all our money on Manchester City loanee Morgan Rogers.

But then we would have been bankrupt, and Bournemouth youth academy product Jaiden Anthony would be all the richer for the exploits which have seen him become one of the most exciting wide attackers in the Championship this season. Having spent a decade of his childhood with Arsenal, Anthony’s senior experience before this season consisted of five games apiece with the Cherries and a short stint in the National League South on loan at Weymouth. But the left winger has five goal involvements from just 10 starts this campaign to cement himself as one of the brightest talents in the second tier.

His rise has been so fast that the 6ft winger has no England youth experience, but his ceiling already looks high enough to make up for that at senior Three Lions level. Should Bournemouth continue to impress as they have done in the opening months of the season, Anthony will get the opportunity to prove as much on the highest stage.

James Garner (Nottingham Forest, on loan from Manchester United)
New Nottingham Forest manager Steve Cooper has history when it comes to working with England players. The World Cup-winning manager of the under-17 team, Cooper could now have a big say in the potential international future for one of the top midfield talents to emerge from Premier League academies in the 21st century.

Cited as one for the Red Devils’ midfield himself, Garner impressed in an initial six-month loan spell at the City Ground last season, his composed performances beyond his boyish years. Like Guehi at Swansea, a full season with the same club made sense for all parties. Having initially struggled to have the same impact, Garner already looks back to his best under Cooper, and you would put good money on him only going in one direction.

The natural progression likely dictates that this campaign will be the last Forest fans see of Garner, but England supporters could get used to seeing him make a case for the holding midfield slots in the not-so-distant future.