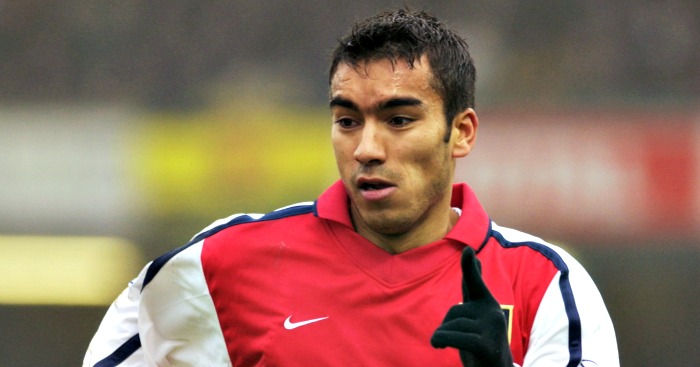 Christophe Galtier
Who remembers Alain Perrin? The French manager is one of an elite group of forgotten Premier League managers, alongside his Portsmouth predecessor Velimir Zajec, with Chris Hutchings, Egil Olsen, Les Reed and Ricky Sbragia all nearby. Outside of Fratton Park, Perrin’s eight-month spell has largely been forgotten in England. Spare a thought for his assistant manager at the time: Christophe Galtier.

Fortunately for Galtier, he has carved out a successful career on his own. After underwhelming spells with Marseille and Aris Thessaloniki between 2000 and 2002, few would have predicted the Frenchman to return to management after a seven-year break in 2009, taking over at Saint-Etienne. No club has won more Ligue Un championships, but Les Verts were 17th at the time of his appointment. Galtier saved the club from relegation in his first season, and in the subsequent five campaigns they have finished 10th, 7th, 5th, 4th and 5th, winning the Coupe de la Ligue. His reward was to be linked with the vacant gig at Aston Villa before Remi Garde was handed the poisoned chalice.

After proving a huge success in Switzerland and cutting his teeth in the Bundesliga with Hertha Berlin, Favre was appointed Gladbach manager in February 2011. The club were stranded at the bottom of the league, seven points from safety with just 12 games to go. They survived thanks to a two-legged play-off, and only improved from there.

Favre’s first full season as manager saw Gladbach finish fourth, and although they could not advance past the qualifying rounds of the Champions League in the following campaign, they consolidated in the league to finish eighth. After sealing sixth place in 2013/14, Gladbach then secured a place among Europe’s elite once more after finishing third last season, beating Bayern Munich at the Allianz Arena along the way.

Favre’s Gladbach spell completed its full cycle by September of this year, with the club bottom of the Bundesliga after five straight defeats. The manager resigned, stating he was no longer “the best coach” to lead the side, who are now fourth.

Giovanni van Bronckhorst
While Mateja Kezman, Afonso Alves and Jozy Alitdore prove that the path of a player directly from the Eredivisie to the Premier League can be a dangerous one, it’s a less well-trodden managerial path. Ronald Koeman and Martin Jol do provide examples of successful Dutch imports. Could Giovanni van Bronckhorst follow them?

In truth, it’s far too soon to tell; Van Bronckhorst is only seven months into his first managerial spell in charge of Feyenoord. He’s certainly impressing. however, having acted as assistant to Koeman before his departure for Southampton, and has performed admirably after Fred Rutten left in the summer. Feyenoord are currently secnd in the Eredivisie behind only Ajax, with former Arsenal defender Van Bronckhorst leading them above champions PSV, having finished fourth last season.

Eduardo Berizzo
It’s difficult not to draw parallels between Mauricio Pochettino and Eduardo Berizzo, current head coach of Celta Vigo in his first post in Europe.

Both former Argentina internationals and central defenders, Berizzo decided to begin his managerial career in South America before arriving in Spain, with Pochettino opting to start at Espanyol instead. Berizzo champions a similar pressing style to his compatriot, which helped his Celta side beat Barcelona 4-1 earlier this season. Just three seasons after finishing one point above the relegation zone, Berizzo, who joined Celta in 2014, has the side fourth in La Liga. Sitting behind Barca and both Madrid sides is as good as it gets.

Victor
And one place behind Celta Vigo lies Deportivo La Coruna. A true fallen giant of the European game, Deportivo suffered relegation from La Liga in 2010/11 having won the title in 2000 and been beaten by Porto in the 2003/04 Champions League semi-final. Gone were the heady days of Juan Carlos Valeron, who left after their demise was confirmed once more in 2013.

Under the tutelage of Fernando Vazquez, Deportivo returned to the top flight as runners-up in the Segunda Division, finishing 16th and securing safety in their first season back. After Victor Fernandez deserted a sinking ship in April, in stepped club favourite Victor Sanchez. The former winger had won seven trophies as a player during spells with Deportivo and Real Madrid, and earned his coaching spurs as assistant at Getafe, Sevilla and Olympiakos.

In his first chance standing alone, Victor helped Deportivo escape relegation, and now has the club in 5th. Best of all, he is still only 39.