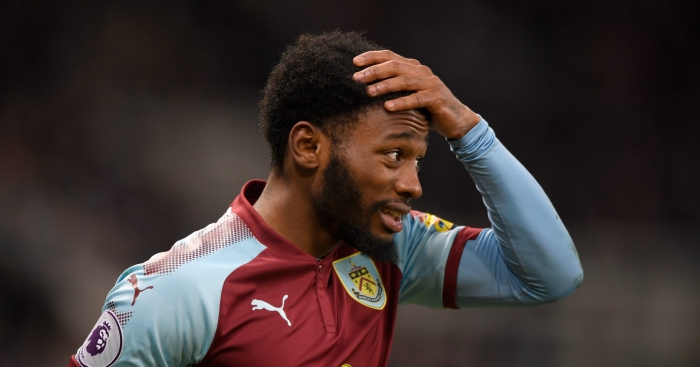 Cenk Tosun (Everton)
Sam Allardyce continues to point the finger of blame elsewhere, despite this current bland iteration of Everton being covered in his mucky prints. “They get the ball and pass it, not me,” was his quite glorious defence last week, as he pushed responsibility for the club’s recent performances onto his players. ‘He decides the tactics, not us,’ would be an easy reply.

“What the club achieved last year was exceptionally good,” Allardyce continued, absolving himself further. “What happened was we haven’t really found the goalscorer we had last season. Whatever the rest of the team is or isn’t, without that goalscorer you’re going to struggle more than you did the season before and that’s exactly what we’ve done.”

You would think Allardyce hadn’t just spent £27million on a striker. Cenk Tosun arrived from Besiktas in January with 14 goals in 24 games in Turkey to his name this season; here was the long-awaited replacement for Romelu Lukaku. He has started two games, been a second-half substitute in two others and remained on the bench for two more, his stock having already drastically fallen.

The 26-year-old must obviously improve, but he has received little to no help from his manager. He toiled in front of Gylfi Sigurdsson, Wayne Rooney and Yannick Bolasie in a thrashing against Tottenham, had no supply or support from Nikola Vlasic, Sigurdsson and Theo Walcott against West Brom, and has played 45 minutes since the start of February. He has had four shots in as many games; Allardyce has purchased an expensive new gadget without bothering to read the instructions.

Thoughts and prayers with Cenk Tosun on this snowy February morning. #EFC

Didier Ndong (Watford)
In September 2016, Lorient president Loic Fery was at pains to pacify fans disgruntled at the sale of Didier Ndong to Sunderland with no replacement. He pointed out that the midfielder had been sold for a fee “greater than that of Ousmane Dembele”, who had joined Borussia Dortmund from fellow Ligue Un side Rennes two months prior.

Eighteen months later, Ndong is growing accustomed to the Watford bench, while Dembele is currently the world’s third most expensive player ever at Barcelona. They have followed slightly different paths in the interim.

It would have easily escaped a casual supporter that Ndong was even back in the Premier League. One of the travelling Sunderland circus which limped to relegation last season, he was offered another top-flight lifeline with a deadline-day loan move to Vicarage Road. He has not played a single minute since. The 23-year-old has started 43 league games since coming to England in summer 2016; he has lost 28 of them.

Islam Slimani (Newcastle)
Anything Sunderland can do, Leicester can do better. If the Black Cats want to loan out their £13.6million club-record signing, then the Foxes can temporarily offload their most expensive player ever too.

“Everyone was expecting him to make the difference,” said Rafael Benitez of a £30million striker signed by then-Premier League champions Leicester in summer 2016. The Algerian joined for Champions League football, but now finds himself dropped into the centre of a relegation battle.

He was supposed to be Newcastle’s saviour, yet has been conspicuous by his injury-enforced absence. He arrived on Tyneside with a thigh injury and has failed to fully recover, meaning that he will miss their next two matches at least. He is also ineligible to face his parent club at the King Power Stadium in April, meaning he will play a maximum of seven Newcastle games in their fight for survival. In trying to place all their eggs in one basket, the Magpies have simply ended up with it on their faces.

Georges-Kevin Nkoudou (Burnley)
If the idea was for Georges-Kevin Nkoudou to gain some valuable first-team Premier League experience, this has been a failed experiment. Tottenham sent the winger on loan to Burnley in an effort to round off his edges and broaden his horizons, but he has done little more than swap one bench for another.

“GK wasn’t involved too much and of course he’s young and he needed to play more and feel more involved in the games,” said Mauricio Pochettino last month. “It’s a great opportunity for him to show for Burnley. I hope and I wish he plays a lot there and can show his quality there.”

Pochettino’s wish is not what Sean Dyche had planned. The 23-year-old has played 47 of a possible 540 minutes since joining, with fellow January loanee Aaron Lennon shown far more trust. Even with Burnley still searching for their first win since December 12, Nkoudou finds himself cast aside once more.

Jordan Hugill (West Ham)
David Moyes did make sure to point out that “it will take him time to get used to his new surroundings,” but Jordan Hugill remains the answer to a question few were asking at West Ham last month. With Marko Arnautovic impressing in a more central role, Javier Hernandez making positive steps and injuries ravaging the squad in pretty much every other area, did the Hammers really need another striker?

Even if they did, a £10million 25-year-old with 23 goals in 100 Championship appearances was hardly met with resounding approval. Hugill offers something different with his strong hold-up play and aerial presence, but his style is completely at odds with the more delicate touches of Arnautovic or Manuel Lanzini. Twelve minutes of Premier League football since joining tells its own story.