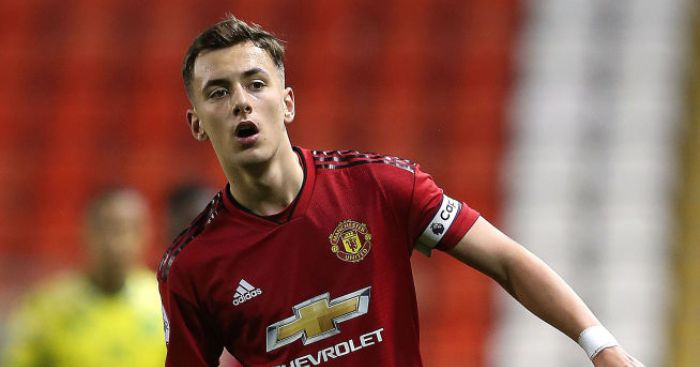 Baba Rahman (Chelsea to Mallorca)
By the final day of the European transfer window, Chelsea’s inability to have too much influence had clearly got to them. So much so that three players with a combined 31 Premier League appearances for the club – the latest of which had come in May 2017 – were sent out on loan, with two of them signing unfathomable new contracts.

Kenedy can feel hard done after his deal, expiring at the end of the season, remained untouched. The Brazilian was shipped off to Getafe with his Stamford Bridge stay surely over. Yet Lucas Piazon, whose last Chelsea appearance came in March 2013, extended his contract to 2022 before joining Rio Ave on loan until 2021, and Baba Rahman added another year to his deal ahead of a move to Real Mallorca. The left-back, a potential £22m signing in August 2015, last played for Chelsea in May 2016, but is inexplicably committed to Frank Lampard’s side until the summer of 2022. His spell with newly-promoted La Liga side Real Mallorca will be his fourth loan spell since joining.

Whilst I have nothing against either player, I struggle to understand why Piazon or Rahman would sign contract extensions,,,,,, have they been inspired by the ghost of Victor Moses?!

‘O’Connor is rated as one of the hottest talents in the current youth set-up at the club and could yet make his first-team debut before the end of the season,’ the Manchester Evening News wrote just five months ago after Ole Gunnar Solskjaer registered him ahead of the Champions League quarter-final against Barcelona. O’Connor had joined from Villa FC in summer 2016 and soon became a key fixture and captain in their youth set-up, even spending time with the Ireland senior team and being described by John O’Shea as “top quality”.

O’Connor, who can play in any position across the back four, trained with the United first team at the end of last season and seemed likely to make his debut in one of the final Premier League dead rubbers, but he joins Celtic for an undisclosed fee having never so much as sniffed a bench.

United are actually selling Lee O’Connor to Celtic. Jesus christ, who is making these decisions? How are you letting one of our best prospects go for next to nothing. We better insert a buy back clause

Marcus Edwards (Tottenham to Vitoria)
At least Marcus Edwards crossed that threshold for Tottenham. Few would have expected his first appearance for the club, a late cameo in a League Cup third-round destruction of Gillingham, to be his last. But things clearly have not gone to plan for the 20-year-old.

It was the day before that September 2016 match that Mauricio Pochettino would make what he later admitted to be a “mistake”. The Argentine is not one to dole out unearned praise, so his declaration that “the qualities” of Edwards “remind me a little bit of the beginning of Messi” was surprising. The inability to cope with such pressure on loan at either Norwich or Excelsior before his permanent move to Portugal with Vitoria was less so.

As absolutely gutted as I am about this, it was time to move on and I wish you all the best @marcusedwards__ want to see you in an England senior shirt before too long. Best dribbler I have ever seen #ME10 https://t.co/A2zGiJYBWX

Adalberto Penaranda (Watford to KAS Eupen)
This is irrefutably not what Watford had planned. Adalberto Penaranda left Deportivo La Guaira for Pozzo-owned Serie A side Udinese in June 2015.  He was immediately loaned out to another team in the Pozzo stable, Granada, breaking Lionel Messi’s record as the youngest ever non-Spanish player to score a brace in La Liga that season. By February 2016, he had signed a four-and-a-half-year contract with Watford, completing a personal Pozzo hat-trick.

The Venezuelan arrived to great fanfare and promise that has been whittled down by work-permit issues and constant loan spells over the subsequent three years. He only made his Hornets debut in January 2019 but has been sent to Belgian side Eupen despite impressing and scoring in the League Cup last month.

Why are people annoyed Penaranda has gone on loan? Yep, scored a beauty, against a league 1 side. He’s only played ~70 minutes in the FA Cup otherwise. Get him regular game time, hopefully a few goals and then get him back hopefully as a starting/bench player next season

Steven Defour
And so Sean Dyche’s quota of non-British or Irish players is down to five. Erik Pieters, Johann Berg Gudmundsson, Chris Wood, Matej Vydra and Austria youth international Ashley Barnes bade a fond farewell to Steven Defour upon his Burnley release on August 31. By September 2, the midfielder had ventured a little closer to home with Royal Antwerp. In a way, considering his move to Manchester United in an alternate life, it is a fitting conclusion.

Wild to see so many slagging off Defour, our best player in the run that saw us eventually finish seventh. Yes he's injury prone but if he wasn't he'd have never have been at Burnley anyway.