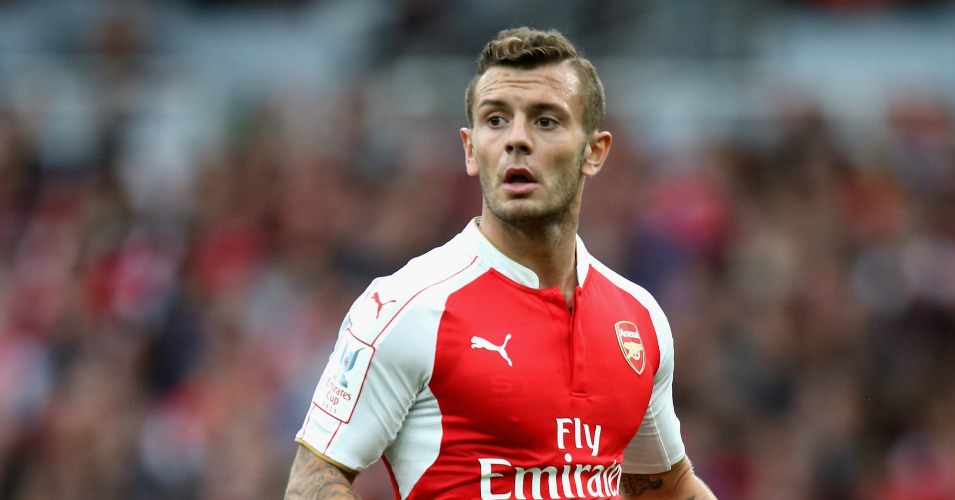 Arsene Wenger’s explanation for not recalling Jack Wilshere from his loan at Bournemouth was simple: He couldn’t. The Frenchman’s hands were tied by rules and regulations. There was nothing he could do.

But there was one problem. A few hours earlier, Chelsea, not for the first or the last time this season, had embarrassed Wenger. The Blues had recalled Wilshere’s temporary teammate Nathan Ake from his loan, enhancing an already impressive squad. They had included a clause allowing them to do so in January, a clause Wenger did not even know existed.

Did Wenger make a mistake in loaning out Wilshere in the first place? Judging by his improved performances as a regular part of a settled first team, almost certainly not. But the Frenchman’s error in not including a recall clause in the deal is costly. It left the Gunners with one recognised central midfielder against Chelsea on Saturday, and Francis Coquelin is hardly a difference-maker. With Santi Cazorla and Aaron Ramsey injured, Granit Xhaka suspended and Mohamed Elneny on international duty, Arsenal really could have used Wilshere this month and beyond.

Mamadou Sakho
When Mamadou Sakho scored goals in successive fixtures for Liverpool in April, the Frenchman would have been hard pushed to accurately predict his Anfield future. The 26-year-old played a part in memorable victories over Borussia Dortmind and Everton within a week; that 4-0 Merseyside derby win remains his last game in a Liverpool shirt.

The central defender was banned later that month for violating a UEFA anti-doping rule, ensuring he would miss not only the rest of the season, but France’s home European Championship campaign. The case was dismissed on July 8; France were beaten by Portugal in the final three days later.

Sakho returned to the Liverpool squad and into Jurgen Klopp’s customary open arms by the summer, but the happy reunion would not last. He was sent home from the club’s pre-season tour of the United States after turning up late to the flight, a medical session and a meal. “It’s not that serious,” insisted his manager.

Klopp added that “when we come back, we can talk about it”, but Sakho’s fate was seemingly sealed. He was frozen out of the first-team picture, the German intent on loaning him out, and the defender desperate to stay and fight for his place.

Sakho and Matip would've been such a wonderful centre back partnership. But Klopp wants to do Coach Carter

It was a fight Sakho would never win, and Klopp must be content with the result. It has left him with Lucas Leiva as his second back-up in central defence.

Sakho’s attitude in the summer cannot be defended; if Klopp felt he had shown disrespect, he had to face his punishment. But everything since has suggested that the player wanted to make amends and show his worth. Yaya Toure and Bastian Schweinsteiger recovered from positions that were far worse at their respective clubs, but only because their managers were open to redemption.

Enner Valencia
West Ham fans rejoiced on summer transfer deadline day when Enner Valencia was seen sneaking out of the London Stadium en route to Merseyside. The striker never truly endeared himself to the Hammers faithful after joining two years prior. A record of ten goals in 66 games for the £12million perhaps did not help.

Few will have been surprised to learn that the Ecuadorean had simply swapped his seat on the bench at West Ham for a role as perennial substitute at Everton. He has started just six games of his 14 Premier League appearances this season, which is a slight step down from ten starts in 19 games last campaign.

Although Slaven Bilic’s side appear to have overcome their difficulties this season, it is impossible to argue that Valencia would not be a welcome addition to their squad. Andy Carroll has started nine Premier League games, and while he has impressed, his injury concerns make him unreliable in the long term. The other players to start as a striker for the Hammers this season includes two players who are not strikers, one who is injured, one who is inexperienced, and one who is Simone Zaza. Michail Antonio, Andrew Ayew, Diafra Sakho and Ashley Fletcher have all struggled to lead the line.

Valencia would not have been a starter had he stayed at the London Stadium, but if he is good enough as an impact substitute and utility forward for a club pursuing European football, he would have at least provided a more suitable option for West Ham than their current ramshackle striker collection.

Brendan Galloway
A tip to Premier League managers: Stop sending your young players on loan to West Brom. Tony Pulis does not like them.

Arsenal packed Serge Gnabry’s bags and sent him to The Hawthorns last season; he was recalled in January – Wenger seemingly remembered the clause this time – after playing just 12 Premier League minutes.

Tottenham made some lovely ham sandwiches for Alex Pritchard and left a note in his lunchbox telling him to ‘be himself’ when they tearfully waved him goodbye as he boarded the good ship Pulis in the same season. He passed Gnabry in reception, joining as his replacement in January. He played just 66 minutes.

So what Ronald Koeman and Everton expected would happen with Brendan Galloway when they farmed out the youngster is anyone’s guess. There can be no surprise that he has started only three Premier League games, and has not featured in the top flight since September. He is not a burly centre-half, after all.

The 20-year-old would perhaps find no more game time at Goodison Park had he stayed, but his development would be better served on the bench at his actual club rather than not even making the matchday squad at his foster family. And Everton would surely rest easier with him as Leighton Baines’ back-up at left-back, considering their current options are Ramiro Funes-Mori, Phil Jagielka or Gareth Barry.

Joe Hart
Joe Hart has kept as many clean sheets (5) in fewer games than Claudio Bravo this season.

Joe Hart has made 18 saves since Claudio Bravo last made one.

Joe Hart’s Serie A save percentage this season is 68.6%. Claudio Bravo’s in the Premier League is 52.5%.

Joe Hart’s passing accuracy in Serie A this season (64.8%) is only marginally worse than Claudio Bravo’s in the Premier League (71.3%).

Joe Hart is not the most expensive 33-year-old in history, and did not cost £18million to sign this summer.

A reminder too that Joe Hart is playing for Torino, ninth in Serie A, not Manchester City, third in the Premier League.

Sure, Pep Guardiola had to make an example of someone, and if Joe Hart did not fit his profile of the ideal goalkeeper, then he was the natural fall guy. But would it not have been beneficial to keep him around instead of farming him out.