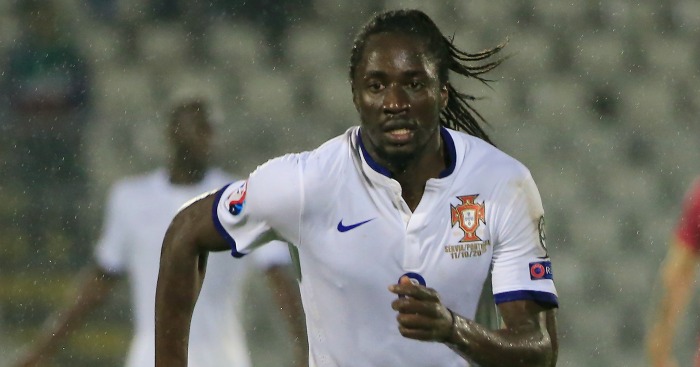 Yeah, about that. Not only have United’s injury problems allowed Paddy McNair, Guillermo Varela and Cameron Borthwick-Jackson the chance to shine, all three have played more league minutes than Blackett at Celtic. There were rumours about Van Gaal cutting short the defender’s loan in December, but he remains in Glasgow, twiddling his thumbs.

The problem for Blackett is that he is no longer a kid. United have used nine players in the Premier League this season who are younger than their on-loan defender. It’s easy to predict that his name might well become the tough answer to a quiz question in three year’s time.

You have to have some sympathy for the Serbia international. He was signed by Brendan Rodgers in that post-title challenge, post-Luis Suarez splurge. This was the equivalent of spoiling yourself after being dumped. “No I don’t need these £150 jeans, but will I ever be loved again without them?”

Having signed a promising winger with a fine reputation, Rodgers then did his best to ruin Markovic. He was used as a right winger, left winger, No. 10 and even a wing-back during 2014/15 and promptly sent out on loan to Fenerbahce for a year. Markovic actually played pretty well in Turkey before a hamstring injury in February ended his season.

Jurgen Klopp is likely to ring many changes at Anfield this summer, but those players returning from loan spells will surely be given a chance to impress. The time is then, Lazar.

Emanuele Giaccherini (Sunderland – currently at Bologna)
Is it really almost three years since Sunderland paid £6.5m to sign Giaccherini? What a strange mistress time is. How she flies.

Amazingly, Giaccherini still has another year on his four-year contract handed out by Di Canio, despite turning 31 today. He’s started two league games since March 2014.

Marco van Ginkel (Chelsea – currently at PSV Eindhoven)
You may remember Van Ginkel from his loan at Stoke earlier this season, but you may not realise that it was cut short after the Dutchman failed to hold down a place in their side. The January arrival of Giannelli Imbula extinguished any hopes on that front.

However, rather than mooch about Stamford Bridge like an unwanted moggy, Van Ginkel instead traded up, and traded up in some style. A loan move to PSV Eindhoven not only afforded him valuable league minutes (and allowed him to score eight goals in 12 games), it also allowed him to face Atletico Madrid in the Champions League knockout stages. FACT: PSV and Villarreal are the only two clubs to play Atletico this season and not lose.

Still only 23, is there a slight possibility of Chelsea redemption for Van Ginkel? With Ramires gone and John Obi Mikel and Nemanja Matic both rumoured to be going, he will certainly never have a better chance.

Eder (Swansea City – currently at Lille)
If I were to ask you for the names of the five Swansea City players likely to play at Euro 2016, Lukasz Fabianski, Neil Taylor, Ashley Williams and Gylfi Sigurdsson would probably come quite quickly. Eder might not. In Portugal’s last squad, he was the only other striker named alongside Cristiano Ronaldo.

It is bizarre that a forward with 23 caps for Portugal and 28 years of age is not just out of the first-team picture at Swansea, but excluded altogether. Having been signed for £5m only last summer by Garry Monk, Eder was loaned out by Francesco Guidolin in the January transfer window before he had even scored a Swansea goal.

Since moving to Lille, Eder has suddenly found some majestic form. The striker has contributed five goals and four assists in 11 league games. He’s now a dead cert to form part of Portugal’s squad in France. How bloody weird.