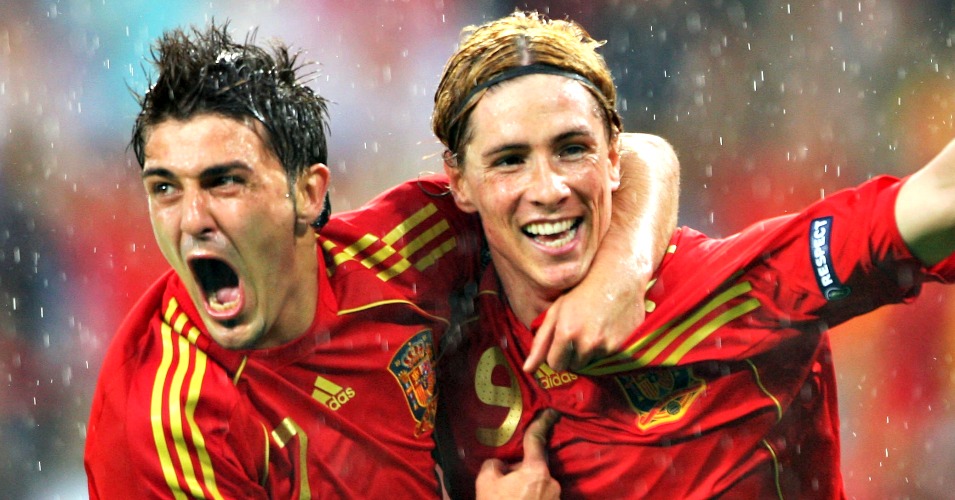 Cristian Tello
Kenny Dalglish was reported to be heavily interested, Brendan Rodgers sought his signature after signing Fabio Borini and Joe Allen, and claims are abound that Jurgen Klopp has identified the same man as his first transfer target as Liverpool boss; no matter the manager, Liverpool and Cristian Tello are forming a very modern love story.

Ever since the Daily Mail first reported interest from Liverpool in the winger back in February 2012, Tello has been ‘set to’ move to Anfield for each of the subsequent summers. The Liverpool Echo claimed a deal to sign Tello ‘would go through shortly’ in the summer of that year after chief executive Ian Ayre flew to Spain to conclude negotiations with Barcelona, while even the Spanish media were convinced Tello would join on loan in the winter of 2013, with Marca saying a deal was all but done.

None of the links came to fruition and Tello instead left Barcelona to join Porto, but with his two-year loan spell with the Portuguese club nearing an end, Liverpool interest has resurfaced in recent times. The initial source? Let’s just say something smells Fichajes.

Arda Turan
“I most want to play at Liverpool because of the culture of the club and the fans.” – Arda Turan, December 2009

“As I always mention, Liverpool attracts me because of their tradition. In Europe, I am a Liverpool supporter so if I go to play in Europe I’d like to play for them.” – Arda Turan, March 2010.

“I’ve always admired Steven Gerrard. So yes, I have a soft spot for Liverpool, especially given their history and the atmosphere at Anfield.” – Arda Turan, April 2014.

Whether he is a Galatasaray, Atletico Madrid or Barcelona player, Arda Turan is never more than a second away from an eyelash flutter in the direction of Anfield. The Daily Mail reported of Liverpool’s £10million interest in the winger back in December 2009, and while he joined Barca earlier this year, many were still touting a loan spell at the Reds due to his ineligibility to play for his new club.

Ricardo Quaresma
There exists an oft-told story of how Liverpool came within a Gerard Houllier and a wage structure of signing Cristiano Ronaldo back in 2003 before Manchester United came calling. Looking to right that particular wrong, the Reds courted the poor man’s Ronaldo, Ricardo Quaresma, on a number of occasions.

Starting with a report from The Times that Liverpool had had a £12.5million bid rejected by Porto, Quaresma was constantly linked during the reign of Rafael Benitez, while The Metro renewed the rumour in September 2012.

As an aside, the Daily Mail referred to Quaresma as ‘the Harry Potter of Portugal’ when reporting Liverpool interest back in August 2008. Much like the rumour itself, the nickname was absolute Hogwarts.

Simao
Real Madrid celebrated their 2014 Champions League win by signing Toni Kroos and James Rodriguez that summer, while Bayern Munich rewarded themselves after their 2013 success by buying Mario Gotze and Thiago. Liverpool’s marquee signing after winning Europe’s elite competition in 2005 was Peter Crouch.

Were it not for a last-minute change of heart from Benfica, things could have been rather different. Liverpool had agreed an £8million deal to sign right-winger Simao that summer, but the Portuguese side performed a sudden U-turn and demanded an extra £4million on top from the new European champions. Deal off, and, as Sky Sports put it:

‘Liverpool have spent a fruitless summer in pursuit of a new right winger, with Simao’s name now added to a list containing Luis Figo, Stelios Giannakopoulos and Nolberto Solano as players Rafa Benitez has missed out on.’

The BBC claimed the deal would be resurrected the following winter, as did the Liverpool Echo. Neither came to pass, and it was Simao who actually ended the Reds’ defence of their trophy with a goal in their last-16 meeting. It wasn’t until Liverpool’s next appearance in Europe’s showpiece, the 2007 final, that the rumour resurfaced thanks to the Daily Mirror. The Portuguese winger joined Atletico Madrid instead that summer, and two years later haunted the Reds once more by helping defeat them in the 2010 Europa League semi-finals.

David Villa
Oh, what could have been. Had David Villa not suffered a broken leg in the winter of 2011, Liverpool were certain to sign him from Barcelona, according to claims in the Spanish press.

Reports in the Daily Telegraph in 2009 would have provided the pinnacle of excitement for Liverpool fans however. With Fernando Torres in his pomp, the claim was that Rafael Benitez was monitoring his countryman, then at Valencia, and was prepared to part with £30million in order to sign him. Villa stayed one more year before joining Barca, but the links did not subside.

In 2012 the Spanish media were at it again. Madrid-based newspaper AS believed manager Brendan Rodgers would offer around £15million for the Spain international, while Liverpool renewed their interest the following summer, but again to no avail.