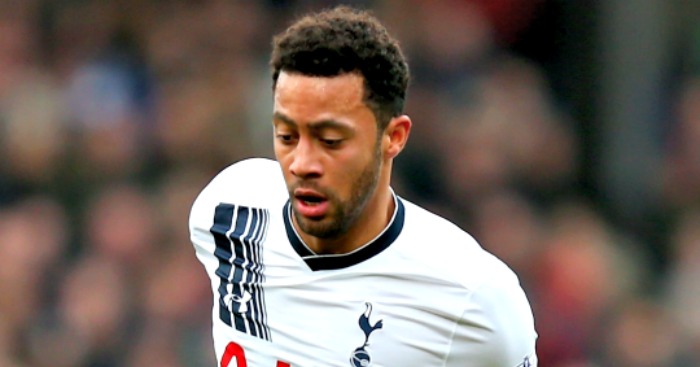 With the transfer market now open, there is one player currently dominating the back pages: Paul Pogba. Numerous outlets report he is on the verge of a record-breaking return to Manchester United, with some hinting that all that stands between the Frenchman’s move back to Old Trafford is a fee that is yet to be agreed between the club and Juventus. However, with the Serie A champions holding out for a supposed £100m, WhoScored.com identifies five cheaper alternatives United could target to bolster their midfield.

Blaise Matuidi – PSG
Last week, it was reported that Blaise Matuidi was given permission to fly to England to discuss a possible move to a Premier League, with the rumoured team supposedly United. While it remains to be seen whether the reports were accurate, the Frenchman continues to be linked with a move away from PSG. Grzegorz Krychowiak’s arrival in the French capital, not to mention recently appointed head coach Unai Emery’s preference to play in a 4-2-3-1 formation, puts Matuidi’s PSG future in doubt. Indeed, if the Parisian giants opt to cash in on Matuidi, there won’t be a shortage of suitors in the race to sign the 29-year-old.

However, with Jose Mourinho also favouring a 4-2-3-1 formation, it’s a similar predicament to one Matuidi faces should he remain at PSG. Limiting him to a defensive role restricts the Frenchman, who is better suited to making charging runs from deep in a three-man midfield. Of course, Matuidi is able to carry out the necessary defensive responsibilities having averaged 2.6 tackles per game at Euro 2016, one of the better returns at the competition, but affording him a defensive role impedes the player’s offensive output and thus limits his impact. However, as an alternative to Pogba, United could do much worse than test PSG’s resolve to hold onto Matuidi this summer.

N’Golo Kante – Leicester
It’s easier to find a top club that hasn’t been linked with a move for N’Golo Kante, such has been the level of interest in the Leicester City star. Kante enjoyed a fine debut season for the Foxes, playing a key role in their shock Premier League title win, which has seen his list of admirers grow exponentially. While performing above expectations for a Leicester side that adopted a counter-attacking gameplan to secure domestic glory, the 25-year-old proved he can also be effective when playing in a side on the front foot, if his displays for France this summer are anything to go by.

A 92.1% pass success rate was one of the better returns at Euro 2016 for a France side that averaged the fifth most possession (53.9%). Furthermore, his ability to play in a two-man midfield as he did excellently for Leicester last season shows he would be more than capable of carrying out Mourinho’s defensive and offensive needs in a 4-2-3-1 formation. 331 tackles and interceptions combined was the best return in Europe’s top five leagues last season and his defensive qualities are well documented. However, his displays also suggest he’s not only a ball-winner, but a midfielder more than capable of driving the team forward from deep, which United lack at present.

Mousa Dembele – Tottenham
Twelve months ago, Mousa Dembele could well have been on his way out of White Hart Lane. Napoli were interested, but Tottenham held onto the Belgian and were rewarded in the long term. Spurs lost just one Premier League game that Dembele started last season, and that was in the opening day 1-0 defeat to Manchester United where he started on the right wing. Once positioned in a deeper role alongside Eric Dier in Mauricio Pochettino’s favoured 4-2-3-1 formation, however, Spurs never looked back, with Dembele excelling. That his WhoScored.com rating (7.69) was enough to earn him a spot in the European Team of the Season – alongside Pogba – speaks volumes.

Familiar to a two-man midfield, his ability to bring the ball forward from deeper positions means he would be an ideal acquisition for United, were they to attempt to convince Spurs to sell. Of the 402 players to attempt 50 or more dribbles in Europe’s top five leagues last season, Dembele had the best success rate (92.2%) – of the 90 dribbles he attempted, just seven were unsuccessful. Furthermore, an average of 3.6 tackles per game ranked fourth in the Premier League last term and highlights the 28-year-old’s defensive qualities to match his attacking ability. While he won’t net as frequently as Pogba – three league goals meant last season was his most prolific since the 2010/11 campaign with Fulham – he could still prove to be a cheaper, quality alternative to his French counterpart.

Marek Hamsik – Napoli
The poster boy for Slovakian football, Marek Hamsik lived up to expectations at Euro 2016 on the back of a hugely successful season for Napoli. While Slovakia failed to progress beyond the last 16 this summer, the midfielder impressed nonetheless, netting a goal of the tournament contender in the 2-1 win over Russia. It followed a notable campaign for the Serie A side, with his 11 assists bettered only by Miralem Pjanic and Pogba (both 12) last term. Moved into a deep role by Maurizio Sarri, the Naples-born head coach was rewarded with a fine season from Hamsik, with his WhoScored.com rating (7.31) bettered only by Gonzalo Higuain (7.74) of all Napoli players.

However, herein lies a problem identical to that of Matuidi. Sarri favoured a 4-3-3 formation with Napoli last season, similar to PSG under Laurent Blanc. In a 4-2-3-1 formation, Hamsik may not have the same effect in the deep-lying pair, while his impact in the number 10 role is somewhat stunted. If allowed to operate freely further back, United could secure the player required to bridge the gap between midfield and attack. The 28-year-old won’t come cheaply, of course, but could be a crucial signing in United’s bid to re-establish themselves as one of the top teams in England should they miss out on Pogba.

Arturo Vidal – Bayern Munich
Having been strongly linked with a switch to United in the past, Arturo Vidal instead opted for a move to Bayern Munich last summer and played a hugely influential role in their defence of their Bundesliga crown, gaining a WhoScored.com rating of 7.40 in the process. It remains to be seen whether head coach Carlo Ancelotti will want to retain the Chilean’s services, but the capture of Renato Sanches certainly puts his first-team chances at risk. Both offer a similar tenacity in the middle third, though Vidal’s ball retention qualities are far more refined than Sanches’, with the European Championship winner very much a diamond in the rough.

Nevertheless, for an all-conquering Bayern side, Sanches could certainly offer a similar midfield threat to Vidal. The 29-year-old’s long term injury issues may also result in a move away from the Allianz Arena, particularly if Ancelotti feels it would be worth Bayern cutting their losses on the Chile international. While Vidal won’t offer a similar offensive thrust as Pogba, his energy in the middle of the park to not only limit the opposition offensive, but turn defence into attack, would undeniably improve United’s midfield. 2.7 tackles per league game was better than any other Bayern player last season, while 1.6 key passes per match was also a highly respectable return. If United opt against breaking the bank for Pogba, they could do a lot worse than reignite their interest in Vidal.