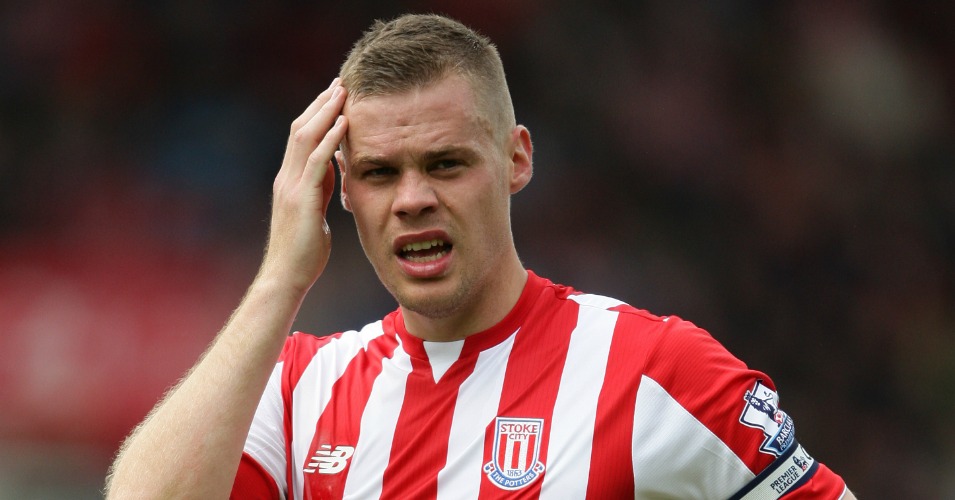 Danny Drinkwater
While the party atmosphere understandably threatened to engulf the King Power Stadium on Monday night, it came with a caveat. After barely a quarter of an hour of their 2-1 victory over Chelsea, midfield lynchpin Danny Drinkwater hobbled off with an injury to his hamstring. The Foxes face an anxious wait for fitness news about the 25-year-old, who has formed an impressive partnership with N’Golo Kante in the Leicester midfield. Not bad for a player whose Manchester United career reached its apex with an appearance as an unused substitute on the last day of the season against Hull City in 2009. Glamorous.

Jamie Vardy and Riyad Mahrez rightfully accept the plaudits for this remarkable Leicester charge, but Drinkwater has facilitated such a run. Just four players have played more minutes in the league this season, while Drinkwater has made a total of 813 passes so far. Kante is next with 564, and Kasper Schmeichel is third with 447, which is quite simply hilarious.

Ryan Shawcross
Unlike Drinkwater, Shawcross did manage to make an appearance for Manchester United during his time there. Two in fact, both in the Capital One Cup. His exit has not been quite of Gerard Pique proportions, but Shawcross has still managed to carve out a hugely successful career in the Premier League at Stoke. The 28-year-old has become a club captain, an England international, and Arsenal’s best friend during his seven-year stay in Staffordshire. The Royal Antwerp legend holds the Premier League appearance record for Stoke, playing 241 games.

“He is a quality player I have wished – particularly of late – was still at Old Trafford,” said Sir Alex Ferguson back in October 2012. “The problem was that at the time of his release we had an especially strong group of young centre-halves and it was becoming impossible to give them all games at the level their progress warranted.

“We had Jonny Evans, Gerard Piqué, Ryan Shawcross, Craig Cathcart, and Paul McShane, and something had to give. We made the right decision keeping Jonny Evans but I’m not so sure about letting Shawcross join Stoke.” What about poor Craig Cathcart?

Wilfried Zaha
Ferguson’s last present to his successor at Manchester United, David Moyes, was one Wilfried Zaha. The precocious winger had made over 100 appearances for Crystal Palace in the Championship, and joined United for the princely sum of £15million. One season, four appearances, a loan return and £3million later, Zaha was back at Selhurst Park. His star had burned out as quickly as it had risen, but he has recaptured the sort of form that earned him two England caps back at Selhurst Park. Only Riyad Mahrez (54) has completed more successful dribbles so far this season than Zaha (51), although it would be remiss not to mention he has made at least 11 more unsuccessful dribbles than the next worst in that regard. Still, the 23-year-old is learning under Alan Pardew, and would give Louis van Gaal another option at wing-back.

Robbie Brady
No Norwich player has made more tackles (51), had more shots (26), attempted more dribbles (44), or made more key passes (28) than Robbie Brady this season. Since joining the newly promoted side for £7million from Hull in the summer, Brady has become the all-action star for the Canaries. The Irishman has featured at right-back, left-back, on the left of a five-man midfield and on the left-wing for Norwich so far this season, and he has played every minute of every game; he had just one appearance as an unused substitute in a Capital One Cup tie during his five years with United.

“I have to say that in the second half, we played less but that is also I think the reason that we could not dominate the game because they always could have escaped through their striker Joshua King. That was a pity.”

One man’s pity is another man’s pleasure. Louis van Gaal’s comments after United lost 2-1 to Bournemouth at the weekend thrust former Red Devil King into the spotlight, and deservedly so. The 23-year-old made two appearances in four seasons at Old Trafford, with the Norwegian international loaned out as many times. He eventually left on a permanent deal for Blackburn, but joined the promoted Cherries in the summer on a free transfer. King has since become an integral part of Eddie Howe’s battle against immediate relegation, with his new role as lone striker coinciding with their best run of the season. Bournemouth have drawn two and won two of their last four games, all of which came with King starting as the focal point.