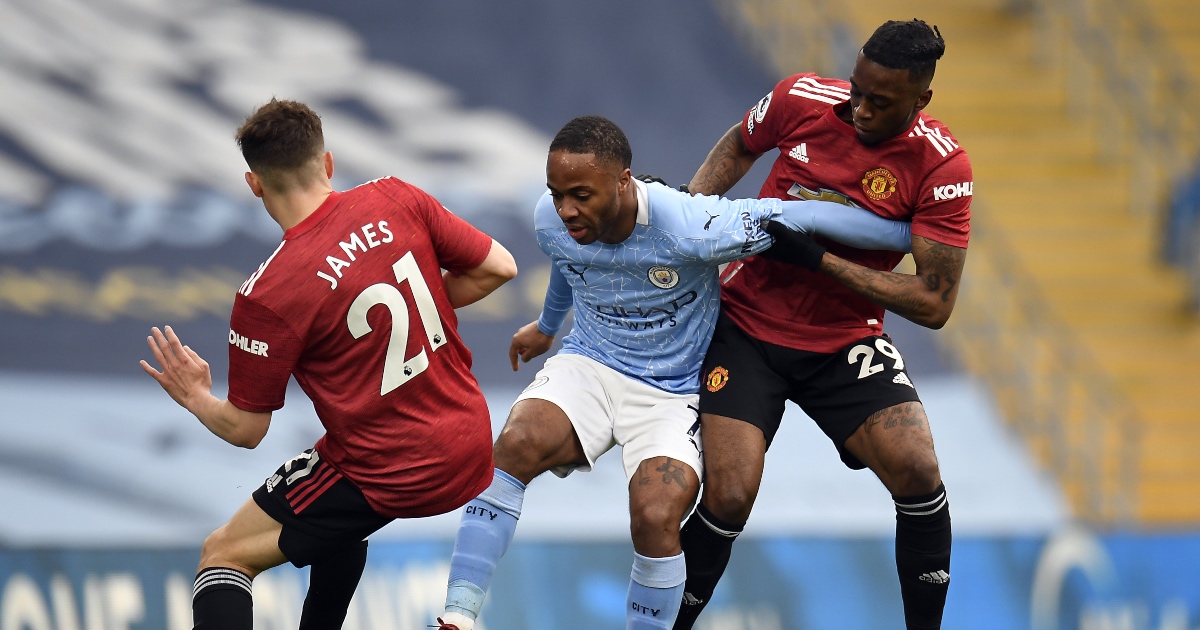 Antonio Conte and Zinedine Zidane could be matched with five Man Utd players to truly unlock their potential. Imagine Fred under Jurgen Klopp.

Ole Gunnar Solskjaer didn’t turn to his bench until the 100th minute in Manchester United’s Europa League final defeat to Villarreal, despite his “match winners” looking knackered for at least half an hour.

It’s led pundits to query the squad depth at Man Utd ahead of a summer in which signings do need to be made. But there is also a lot of untapped and untamed potential at Solskjaer’s disposal that a truly elite coach could and would exploit. Here are five players that would benefit from new guidance, matched with the managers who would push them to new levels…

Donny van de Beek
Perhaps Donny and the various former Dutch internationals now begging him to come home should have seen it coming. We did.

“When we signed Bruno Fernandes, we knew we needed that kind of player, now we’ve signed Donny and he’s a type of player I felt we needed in the squad,” Solskjaer said when Man Utd signed Fernandes’ understudy last summer. He used the word “squad” three times in his opening statement on his new signing: it was never the plan for him to be in the first XI.

And it wasn’t a surprise that Solskjaer didn’t turn to Van de Beek on Wednesday night, but it is a surprise that it wasn’t a surprise. With Fernandes and Paul Pogba increasingly ineffective and shattered as the game wore on, it was surely the exact situation Van de Beek was signed for. But he’s so untried, so untested in this team, that his introduction, particularly in place of Fernandes would have opened Solskjaer up to even more criticism.

The reality is that Van de Beek is never going to displace Fernandes – no-one could. It’s been suggested he was signed preemptively to replace Pogba, who could leave this summer, but the Frenchman has only sporadically played in the one position Van de Beek could realistically play in this current Solskjaer formation – as one of the double sixes – with the Norwegian preferring the all-action styles of Fred and Scott McTominay.

One of the most skillful ball-playing midfielders in history, Zinedine Zidane is available and has coached both Luka Modric and Toni Kroos to multiple Champions League titles. Man Utd don’t have a Casemiro to play alongside Van de Beek, but they could buy one, or….

Fred
What is Fred? It’s still not clear what possessed Man Utd to part with £50million. He wins possession sometimes, he passes sideways and runs around a lot. The current iteration is not a title-winning midfielder.

But very few would have said that of Georginio Wijnaldum when he joined Liverpool from Newcastle. In fact, there was general bemusement from the vast majority of Liverpool fans over the £25million signing, with this particular gem stealing the show:

‘There is plenty of reason to complain. We have spent 60m between Mane and Georginio… We could’ve signed a world class player for that money and wages combined.’

Wijnaldum has been the unflashy, unsung hero of Liverpool’s success. He doesn’t score goals, he doesn’t create chances and he doesn’t make huge numbers of tackles or interceptions. Wijnaldum is a very good footballer, but he’s also very replaceable. His role is far from the most specialist.

Remind you of anyone? It may require a formation change, but there’s no real reason why Fred can’t enact the same duties.

It not being entirely clear what a midfielder does isn’t always a negative, but for that to be the case the manager has to create circumstances where that player can be forgettable. For every memorable Wijnaldum display – the Champions League semi-final second-leg win over Barcelona – there are 20 others in which his contribution was overlooked. But were those performances inconsequential? Of course not; Klopp is under no illusions over his importance to Liverpool’s success.

Wijnaldum has battled consistently under the radar and Fred, too, can be the grey man of a title-winning team, under the right command.

Aaron Wan-Bissaka
Solskjaer has played three centre-backs twice this season, both in the Champions League: in the 2-1 win over Paris Saint-Germain and the 3-2 defeat to RB Leipzig.

On neither of those occasions did he field Wan-Bissaka as one of that three, instead using him as a right wing-back. It was a defensive ploy in away games against the two biggest threats in their group; fair enough.

But it would be great to see him in that position: a 90s full-back is an ideal modern day right-sided centre-back.

Blame for not utilising Wan-Bissaka in that role can only really be aimed Solskjaer’s way if he was party to the negligent decision to not sign a suitable option to play on the far right of United’s back line. Wan-Bissaka isn’t a right wing-back, but neither is Brandon Williams.

A switch to a back three would not only see Wan-Bissaka in a role there’s little doubt he would thrive in, but may also reduce the need for centre-back reinforcement this summer. Look at what Thomas Tuchel’s done at Chelsea: previously questioned centre-backs are now world-beaters.

More bodies in there would mean less need for two such defensively-minded midfielders – Van de Beek might get a game – Fernandes and A. N. Other supporting Edinson Cavani.

It was a change that up-for-grabs manager Conte made to outstanding effect to win the title in his first season at Chelsea, with Cesar Azpilicueta moving centrally. The question is whether Solskjaer is prepared or even able to enforce such a tactical switch. 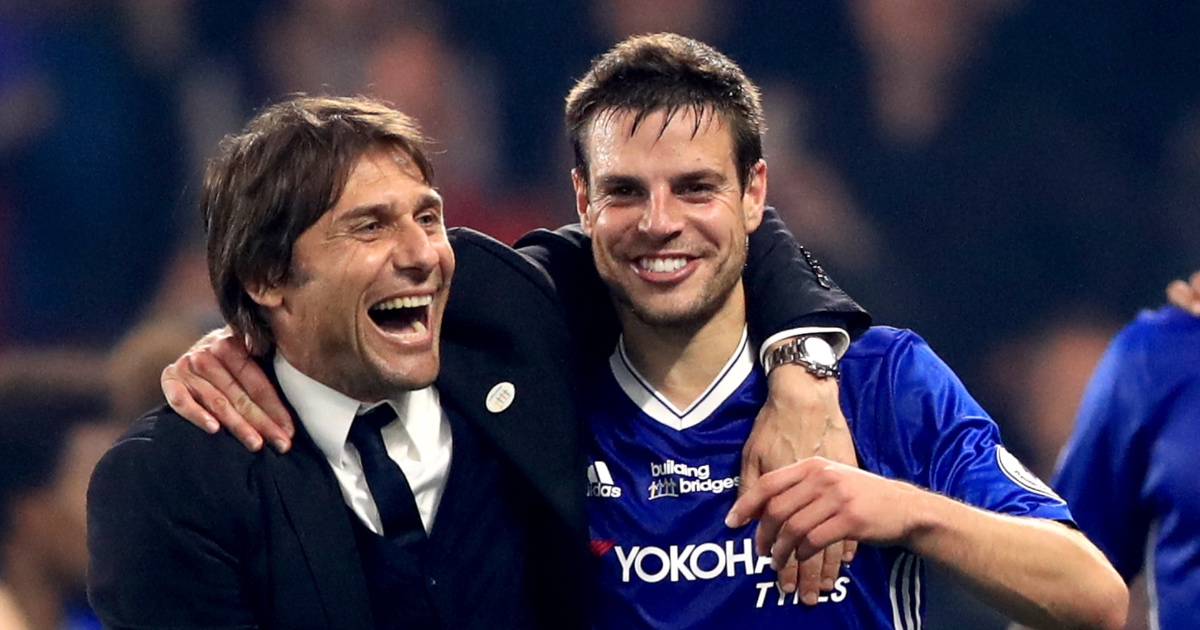 Daniel James
Conte didn’t sign a right wing-back, instead moving Victor Moses in that role. Could that be a solution for James? He’s certainly got the energy.

But then again, does James need fixing? He seems to be exactly the sort of player a really good manager could mould into being brilliant with a relatively small amount of coaching: someone without the most talent in the world, but with the attributes to be absolutely devastating.

It wouldn’t have been a surprise had James had got 20+ goal involvements under Brendan Rodgers at Leicester this season, for instance.

Marcus Rashford
Eleven Premier League goals and 11 assists is a decent return, but it’s hard not to watch Rashford and think he should be doing more more.

It’s a return similar to that of Raheem Sterling before Pep Guardiola got his tactical teeth into him.

Guardiola turned Sterling from an infrequent scorer of excellent goals into an excellent footballer who scores lots of goals (this season is not the best example). Like pre-Pep Sterling, Rashford rarely scores tap-ins.

It’s often claimed to be instinctive – being in the right place at the right time, and all that – but even goal-poacher extraordinaire Cavani will have been coached into those positions at some point in his career. There’s always nurture as well as nature.

It doesn’t seem like it would take all that much guidance for Rashford to score ten more goals a season. And yes, it is odd that Solskjaer isn’t able to provide that guidance, given his own penchant for finding the back of the net. But maybe he’s the oddity, not his bunch.