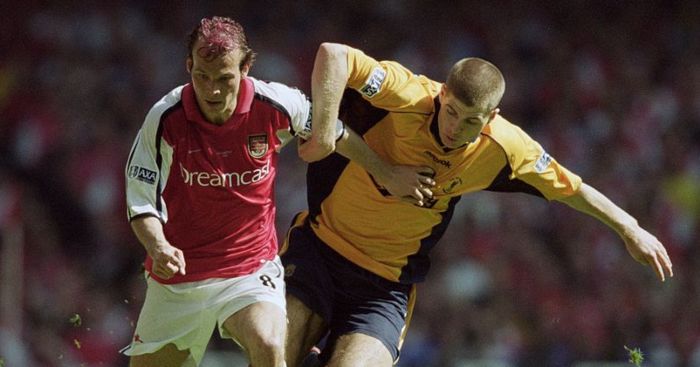 Freddie Ljungberg (Arsenal)
A cynic might suggest Arsenal were safeguarding against fan unrest by introducing a ‘transition team’ designed to clear the pathway for Academy products to progress to the very top. Like the poor parents who try and distract their child from a lack of Christmas presents by announcing they will soon have a younger brother or sister to play with instead, it has the capacity to pacify or antagonise. But it is, at the very least, worthy recognition of Freddie Ljungberg’s work.

The Swede returned to north London in the summer of 2018, having impressed as head coach of the Under-15s two years prior. With a stint as Wolfsburg assistant manager sandwiched in between, his nascent post-playing career was already blessed with vast experience. Then came last season’s time with Arsenal’s Under-23s, taking Steve Gatting’s champions to runners-up behind Everton. The inability to defend their crown was an obvious disappointment, but the nine-game winning run to end the campaign showed Ljungberg’s tactical tweaks were starting to bear fruit.

With the 42-year-old favouring a possession-based style encouraging passing out from the back, there was obvious synergy with Arsenal’s first team. But the minor personal touches – the 4-1-2-3 formation, the freedom granted to Joe Willock, the fact that 30 of their 48 goals were scored in the first half – set Ljungberg apart as unique in his own right.

It has culminated in his appointment as assistant first-team coach in a sort of Obi-Wan Kenobi role, honing the skills of the younger generation and teaching them how to force their way out to the Bundesliga when they get bored of Europa League football.

Ljungberg is in the perfect position: he will be praised if any of Reiss Nelson, Bukayo Saka, Xavier Amaehci, Emile Smith Rowe or another supremely gifted member of the current set-up makes the first-team grade, while Unai Emery will be blamed if they do not.

Give it until December before Emery is ousted and Ljungberg is promoted once more. Give it until March before the rhetoric about the Invincibles and lobbing Carlo Cudicini in the Millennium Stadium becomes tiresome.

Ljungberg clearly being groomed to be the future #Arsenal manager. Good luck to him

Patrick Vieira (Manchester City)
If describing returning to Manchester City as “the fairy tale story” was not enough of a hint, similar nuggets have been dropped by Patrick Vieira and others over the past few years. The Manchester Evening News suggested he ‘is at the forefront of minds when it comes to replacing Pep Guardiola as manager’ in 2018, while the Daily Mirror said City would ‘block any efforts’ from Arsenal to poach him earlier that same year.

It spoke volumes that his appointment at Nice last year was announced neither by the French club nor New York City FC, but City themselves. The 42-year-old spent the final year of his playing career at the Etihad, becoming Football Development Executive in 2011 and Elite Development squad manager in 2013 before leaving for America in 2015.

Only in 2018 did he branch out and leave the family altogether. After taking Nice from eighth to seventh, recording a Ligue Un double over Lyon and securing statement wins over Lille and Montpellier, Vieira has fared well in his journey thus far.

“I have a clear idea of what I want to achieve, and I will try to take the right decision to get to the top,” he said last month. “I want to take my time to get there, but I would love one day to manage one of the teams I played for in Italy or England.”

Having been left “disappointed” at and ‘upset’ by Arsenal following his retirement, that field might already have been whittled down to City, Milan, Juventus and Internazionale. As things stand, only one of those clubs have put in the legwork.

John Terry (Aston Villa)
‘Chelsea intend to groom captain John Terry as a future manager instead of showing him the door when his contract expires in the summer of 2014,’ reads the first paragraph to a Daily Mirror from March 2013, encapsulating a more innocent time when the thought of Captain, Leader, Legend plying his trade outside of Stamford Bridge was borderline sacrilege.

As the horror of a sentence including the words ‘John Terry’ and ‘groom’ washes away, the realisation that he hasn’t been associated with Chelsea in over two years sinks in. One final season as a player during Aston Villa’s failed promotion bid in 2018 was rectified by his part as assistant manager in their eventual rise from the Championship ashes.

“I’m starting right from the very bottom and I’m not afraid to say that,” said Terry, for whom being second in command at a former European Cup winner in his first coaching role without full qualifications represented the absolute arse end of management.

But with Frank Lampard definitely absolutely certainly establishing a dynasty at Chelsea, what once seemed Terry’s only true path to the summit is blocked. As soon as his extensive experience of getting managers sacked puts paid to Dean Smith’s tenure, his ascension to the Villa throne will be complete.

Bruno (Brighton)
He was born in a province in Barcelona, he did not start a La Liga game until he was 26, and he didn’t play outside of Spain until he was 32. But Bruno leaves Brighton after his longest spell at any one club as an adopted Seagull.

Just five years separate the retiree and incoming manager Graham Potter, but their experience gap is vast. Less than a fortnight after the final game of his playing career, Bruno took his first steps into coaching by entering an intensive UEFA course for both his B and A licences.

His plan for both the immediate and long-term futures are unknown, but Brighton expressed their hope that El Capitan would ‘retain his association with Albion in a non-playing capacity’. The door will always be open for an immensely popular player – and a key figure in their modern history – to return in some form.

Steven Gerrard (Liverpool)
Until and unless he completes the protracted journey from youth-team product to emerging star, captain and then manager, Steven Gerrard’s last contribution to Liverpool’s first team will be his consolation goal in a 6-1 defeat to Stoke. For that reason and that reason alone, it would be funny if his managerial career never passes through Anfield.

But it does feel likely. There is no air of inevitability as there was with Lampard and Chelsea – Jose Mourinho, Guus Hiddink, Antonio Conte and Maurizio Sarri have all been and gone at Stamford Bridge since Liverpool appointed Jurgen Klopp – yet each and every Gerrard step is being watched attentively on Merseyside.

“Stevie is one of the best midfielders ever. Now he wants to be a manager,” Jurgen Klopp said when he left his role as an academy coach for Scotland 12 months ago. “I’m really happy for him to have the opportunity.”

If Gerrard is a success at Rangers, his complete transformation into Graeme Souness will only be a matter of time. A failed stint at Liverpool, a misguided trip to Turkey, a smattering of other forgettable managerial appointments, an attempt to sign Yakubu’s cousin and a series of punditry stints lashing out at Saul Pogba’s performances for Salford City will soon follow.