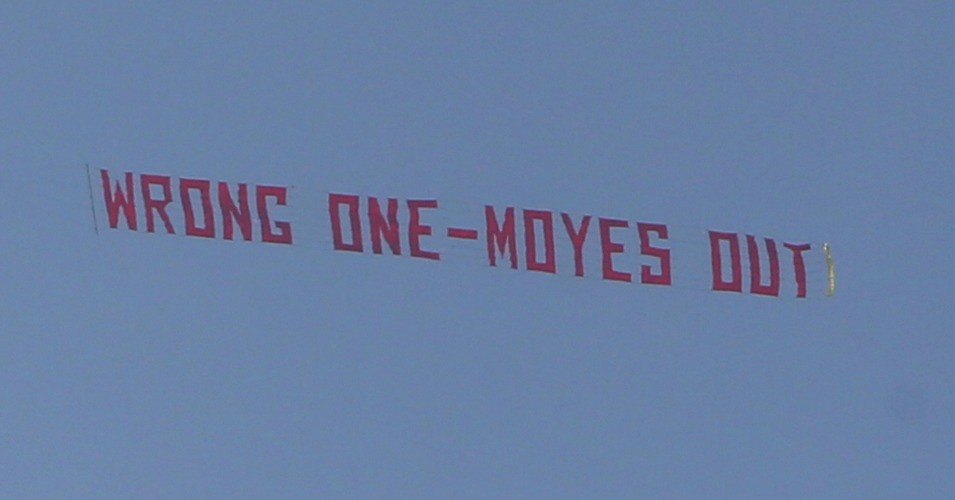 Sometimes chairmen should be a little bit more knee-jerk. Wonder why we thought that this week…

Avram Grant – West Ham waited half a season too long to sack Grant. By the time they did, in May 2011, they were bottom of the table and Championship bound.

Grant got the job on the back of finishing bottom the season before, though Portsmouth’s shambolic ownership offered the former Chelsea boss just enough mitigation. The writing was on the wall, however, when the Hammers got off to their worst-ever start in the Premier League. By the time they finally earned their first point, five games in at Stoke, Grant wasn’t even there, missing the game for Yom Kippur.

By mid December, when only one more win had been achieved, Grant was reportedly issued with an ultimatum: win one of the next three games or face the sack. Luckily for the manager, Fulham rolled over to have their bellies tickled on Boxing Day, and Grant was safe.

The Hammers reportedly approached Martin O’Neill in mid-January to step in with the club bottom of the table, but O’Neill backed off. Rather than look elsewhere, Davids Gold and Sullivan let their dead man walking stumble on to the end of the season.

One point from the club’s final eight games condemned West Ham to the second tier. Four months too late, Grant was sacked immediately after the 3-2 defeat at Wigan which confirmed their relegation.

David Moyes – It was quite clear very quickly to anyone with eyes that ‘The Chosen One’ was out of his depth at Old Trafford. As Sir Alex Ferguson has recently said, Moyes was not left with “11 corpses at a funeral”, rather the squad that coasted to the Premier League title the year before.

Long before he got the bullet, stories were emerging from Carrington of the players’ unhappiness under the man who’d never won a pot as a manager. The players should certainly take their share of the blame. But Moyes was a wrong ‘un from the off.

United made their worst-ever start to a Premier League season, thanks in part to a shambolic transfer window. Not entirely Moyes’ fault, that. But spluffing £27million on Marouane Fellaini certainly was. Then there was the one-dimensional football, terrible results against their supposed title rivals and home defeats to West Brom, Newcastle and Everton.

It got worse after Christmas. An unbeaten Champions League group campaign was a plus for Moyes until an utterly dreadful display away at Olympiacos undid all that positive work. Then, 3-0 home defeats to Liverpool and Manchester City led to some exasperated supporters flying the ‘Moyes Out’ banner over Old Trafford during a match against Aston Villa. It was arguably the best thing that happened for Moyes as it provoked outpourings of sympathy for the manager. Two games later, however, he was gone, by which time so were United’s top-four hopes.

Sam Allardyce – Big Sam served his purpose at Upton Park before eventually outstaying his welcome by over a year.

Allardyce was appointed after being sacked by Blackburn, though the former Bolton and Newcastle boss left Ewood Park with his reputation intact, criticism being directed at the Venky’s ownership. Big Sam got West Ham back into the Premier League via the Championship play-offs during his first season in charge before stabilising the club back in the top flight with a mid-table finish the following season. Then it started to go wrong.

Three wins in their first 20 Premier League games of 2013-14 left the Hammers languishing in the relegation zone, by which time the fans had tired of Allardyce’s brand of football. Four wins in February after Jose Mourinho accused the Irons of playing ’19th-century football’ eased the club’s relegation fears but a parting seemed inevitable come the end of the season.

Despite regular protests and ‘Fat Sam Out’ banners, the West Ham supporters did not get their way. The owners opted to leave Allardyce in charge but insisted he appoint an attacking coach. Results suggested it was the right move, with nine wins before Christmas seeing the Hammers hover around the top four. But their form dropped off a cliff in the New Year, with only Hull, Burnley and Sunderland beaten in the second half of the season.

Eight defeats in the last 11 saw the club finish 12th, but the marriage had long since stopped being convenient. Allardyce stopped biting his tongue and was happy to give a bit back to the Hammers fans that had been longing for his exit, while the club could barely wait until the final whistle of the season’s final match before issuing a statement to say the manager would not be back.

John Carver – The appointment of Carver as Alan Pardew’s replacement between Christmas and New Year last season led to a collapse of calamitous proportions. Like a man who couldn’t believe his luck, Carver certainly clung on too long – but he should never have been given the opportunity in the first place.

Pardew must have had a sense what was coming when he chose to return to Crystal Palace, with Mike Ashley taking the cheap option in appointing Pardew’s assistant as his successor.

Carver, whose only previous permanent managerial position had come at Toronto FC, simply had to steer ninth-placed Newcastle through the second half of the season without any catastrophes. Europe wasn’t likely and relegation did not appear a danger so Ashley kept his wallet in his pocket during the January window. The owner had given up on the season, and under Carver, seemingly so did the players.

On Carver’s watch, the Magpies plummeted to one place above the drop zone with two games remaining. A 3-0 defeat to Leicester, whose season was following the opposite trajectory, left the club in turmoil. It was one of the worst performances from a Premier League team ever – the type that makes you wonder if the players were actively trying to stitch up the manager.

Carver offered to step aside after the King Power palaver but Newcastle could not find a replacement so late in the season and with things looking so dire. On the basis that no one else would do the job, Carver was given the club’s backing and perhaps it left the temp feeling indestructible, because he then went on to say that he thought he was “the best coach in the Premier League”.

Newcastle stayed up on the final day of the season by virtue of beating West Ham, who had also been on the beach for months. Carver celebrated like he had guided the Geordies to the title, saying he “would enjoy this moment”.

Paul Lambert – Given the financial restrictions Villa were operating under, it seemed neither Lambert nor the club were particularly happy with each other.

The Scot had lost most of the Villa fans towards the end of the previous season, during which Villa had hovered around the top of the bottom half of the table. One win in their last nine, though, had a few Villans panicking. Change, when it was needed, never came.

Lambert lasted until February of the following season, by which time he looked like a broken man with Villa in the drop zone. Perhaps the most damning indictment of the Scot’s last months at Villa Park is the impact Tim Sherwood was able to have with just a little bit of shouting.