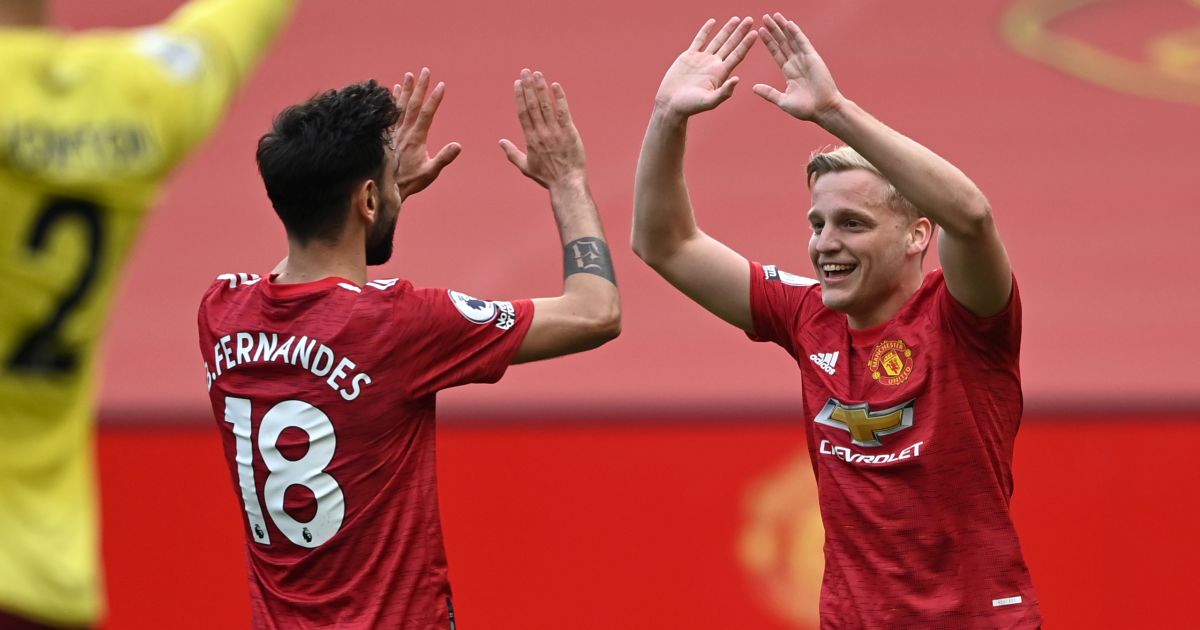 Mauricio Pochettino may or may not be about to become Manchester United manager. It’s a bit unclear right now. It’s possible – hard as it may be to believe – that United will go and United it up again. I know. Crazy.

Nevertheless, it still may very well be Poch so which member of United’s squad should be particularly pleased by that news? Here are quite literally five such souls. Five dreaders are here.

Luke Shaw
Obvious one this. Worked under Pochettino for 16 months at Southampton, during which time Shaw proved himself to be very much the latest top-drawer talent off the Saints production line and earned himself a move to Manchester United that has had its ups and downs. Currently on one of the downs after perhaps the best 18 months or so of his career to date, but if there’s one man who can get Shaw back on another upward curve then it’s surely the serial full-back improver and man who literally called him “son” when they last worked together. While his own injury record and, you know, not being a complete bastard mean Shaw will take no specific pleasure from this, now would also be a very opportune time for him to get back to those heady days of summer.

Jadon Sancho
Only slightly less obvious than Shaw and surely next in line for the Pochternal treatment. It’s hard to think of a more perfectly Pochettino player who hasn’t already worked under him. Young, gifted, eager to learn and with plenty of steel to go with the grace. The Dortmund version of Sancho would be one of the best players in the Premier League, but – admittedly for reasons not entirely of Solskjaer’s making – we’ve seen basically nothing of that Sancho in a United shirt. If he achieved nothing else at United, Pochettino would surely at the very, very least put that right.

Donny van de Beek
Almost by definition, really. Here was a man who was clearly in need of a change, any change, and he will now get it and with it a chance to prove he’s worth far more than Solskjaer was willing to believe. United being United, we’ll probably have to do three more of these features with three more managers before they give the job to Michael Carrick on an 18-month contract, but Van de Beek will be in every single one. He has started only 18 games since joining the club and started consecutive games only once. Literally any manager has to be better than the one who’s just left.

Bruno Fernandes
Obvious answer is obvious, but Bruno is very much a Pochettino-brand attacker. I mean, most managers would be pretty happy to have him. But he’s extremely Pochettino. Hard-working, almost insanely committed, creative, vaguely maverick, really good. If he gets his head down and puts the necessary graft in to setting the tempo of the press, Fernandes may one day even be as good as Erik Lamela in his pomp. Bold claim, sure, but it’s better to fail aiming high and all that. In truth, Fernandes has the sh*thousery and perpetual motion of Lamela allied to the workrate and creativity of Christian Eriksen. Pochettino will adore him.

Scott McTominay
If only because none of the other central midfield options currently at United are remotely Pochettino in style. McTominay is no Mousa Dembele but he’s a rangy midfielder who covers plenty of ground. Far be it from me to second-guess whichever poor sod has to do the reverse of this feature on five players who must hope against hope that Poch doesn’t get the gig, but I’ll be amazed if Nemanja Matic and Fred aren’t among the first names on that list.