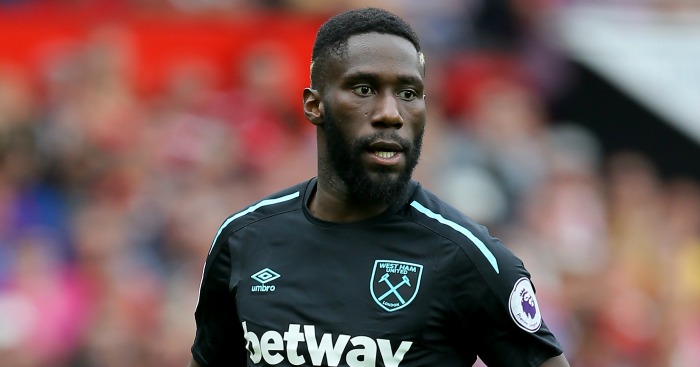 Read yesterday’s bad cup fringers? There will be a test…

Jesus Gamez (Newcastle United)
It’s not that Gamez hasn’t impressed much during his time in England, but I’ve only just realised he joined Newcastle in July 2016 rather than this summer. Somehow a defender who started seven league games for Atletico Madrid before coming to England played only 201 minutes in the Championship last season.

There might be a good reason for that, watching him against Nottingham Forest on Wednesday: he isn’t very good. As the Newcastle Chronicle’s Lee Ryder said when awarding Gamez a mark of the three out of ten: ‘Looks to be going through the motions at the end of his career.’ He only turned 32 in April.

Jan Bednarek (Southampton)
One of Southampton’s three summer signings, Bednarek has been on the bench for both of the club’s league games so far, and that was before the arrival of Wesley Hoedt from Lazio. Bednarek might be a Poland international, but he’s going to have his work cut out to force his way into Mauricio Pellegrino’s plans.

Given his debut in a strong Southampton side against a Wolves team that had made 11 changes, Bednarek looked error-prone and almost constantly uneasy in a 2-0 defeat, give a torrid time by… erm, Nouha Dicko. That doesn’t bode particularly well for the Premier League.

Jeremy Pied (Southampton)
We see what you did, Southampton. You saw Nice finishing fourth in Ligue 1 in 2015/16, and thought ‘We’ll have a bit of that right-back. He’s at peak age in a successful team, the new manager knows him from France and he’s available on the cheap. What can go wrong?’

Lots of things can go wrong, the most obvious of which is that Jeremy Pied is not a good enough footballer to succeed in the Premier League and has been broken for most of his time in England anyway. Pied played a measly 126 league minutes last season – and only 32 before the last two weeks of the season – after a seven-month injury lay-off, and that time out has only hampered his chances of establishing himself at St Mary’s. Now the manager who bought him has gone, he hasn’t made a match-day squad in the league and he looked abject against a second-string Championship side in the cup. Apart from that, it’s all good.

Dean Whitehead (Huddersfield)
“Let us never forget that government is ourselves and not an alien power over us,” as former US president Franklin D. Roosevelt once said. “The ultimate rulers of our democracy are not a President and senators and congressmen and government officials, but the voters of this country.”

I was thinking about that exact quote when searching the internet for information about a game I didn’t see. The Huddersfield Examiner asks its readers to choose the match ratings for the players, and they gave Whitehead the joint lowest mark in the 2-1 victory over Rotherham. I’m just absolutely astounded that it’s the same Dean Whitehead who I saw play against Notts County in May 2001 alongside Joey Beauchamp in central midfield.

Now there are two ways a left-back can be ‘exciting’. The first is that he can maraud past his winger on the overlap and create chances galore for his teammates. The second is that he is entirely unpredictable both when attacking and defending.

Now I’m not saying that Masuaku definitely belongs in that second category, but he has only created seven chances in over 1,000 league minutes for West Ham, was pictured laughing at Romelu Lukaku five seconds before he scored on the opening weekend and on Wednesday regularly looked uncomfortable defending against the team 20th in League Two.