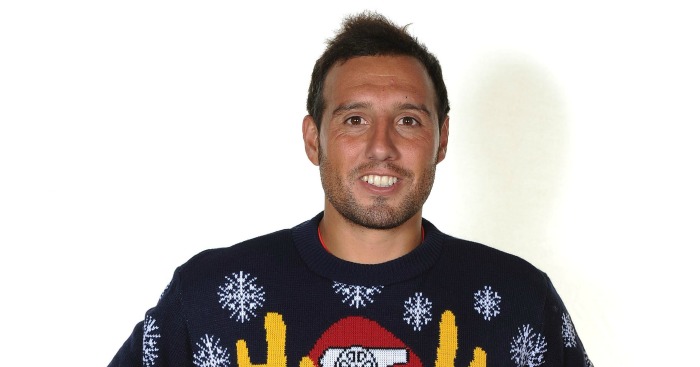 Santi Cazorla (Arsenal)
Arsenal signed the third-most expensive central midfielder of all time last summer and yet they still look lost without a 32-year-old who has only played in that position for a fraction of his career. Since he succumbed to injury in mid-October, Arsene Wenger has been trying in vain to find a combination of Mo Elneny, Francis Coquelin, Granit Xhaka and Aaron Ramsey that truly works, but all fall short in the categories of calmness, intelligence and speed of footwork under pressure.

Arsenal have now failed to win 50% of their 12 Premier League games since Santi Cazorla was injured.

They won six in a row before then. pic.twitter.com/iEcVN3Ft21

Against Bournemouth, Xhaka looked far too slow of foot and mind to deal with the pressing and pace of the Cherries, and it was by no means the first time. The only player remotely close to being a like-for-like replacement for Cazorla was watching in the stands with seriously mixed emotions. Was Jack Wilshere the only man truly happy with that 3-3 debacle?

Joel Matip (Liverpool)
Who would have thought that the absence of a free transfer from Schalke would be felt more keenly than that of supposed Barcelona target Philippe Coutinho? While Liverpool have creativity in abundance (five players have five Premier League goals this season; four players have four Premier League assists), they are not blessed in the centre-half department. Liverpool have conceded 12 goals in eight Premier League games Matip has missed, but just 11 in 12 featuring the combative Cameroonian.

His absence was particularly keenly felt during the 4-3 defeat at Bournemouth which saw the whole defence collapse under a whiff of pressure. If the answer is ‘Lucas Leiva at centre-half’ then the first question is ‘what the f*** are we going to do without Joel Matip?’ and the second is ‘would finishing fifth really be a disaster?’

Anyone else desperately missing James McArthur? ❤

We don’t have the time for a show of hands but we suspect that almost every Crystal Palace fan, Sam Allardyce (can you miss something you haven’t had?) and Christian Benteke would fall into that category. McArthur is Palace’s only truly box-to-box, energetic midfielder – tackling more than every other Palace player barring Wilfried Zaha and scoring more than every other Palace player baring Benteke. Without him, Palace can look leaden-footed and predictable in midfield.

The statistics back up what the eye can see – McArthur has missed five Premier League games this season and Palace have picked up just a point from those games. As Alan Pardew said: “When he’s in the team he brings plenty of energy and an assurance which is missed when he’s not there. It’s difficult to duplicate with the group I’ve got so it will be important to keep him fit.”

Abel Hernandez (Hull City)
Can you miss a striker who has scored only one Premier League goal all season? You can when the other options are Adama Diomande and Dieumerci Mbokani; the loss of Hernandez means a loss of options first for Mike Phelan and now for his successor. Hernandez had scored 20 goals in Hull’s promotion campaign and it’s fair to say that more was expected of a Uruguayan striker who has scored 11 goals in 28 games for his country. But Phelan did admit that Hull have not been playing to his strengths…

“Abel is a player that likes probably to play up top with other players, he needs the involvement of other players around him. At the moment we’ve gone with one striker,” he said in October. We would forgive him being annoyed that Hull have since (unsuccessfully) played with two strikers and they really did miss the mobility of Hernandez.

Vincent Kompany (Manchester City)
The caveat is that Manchester City are probably missing a Vincent Kompany that no longer exists, but it’s fair to say that City are desperately missing leadership in defence. And surely a fit Kompany would be a better option than Aleksandar Kolarov, playing because a) City failed to buy a second, more commanding centre-half like Aymeric Laporte or Leonardo Bonucci and b) their double title-winning captain has not managed to play more than 115 minutes in the Premier League this season.

According to the Telegraph from October, ‘Vincent Kompany faces as big a fight to prove he can fit Pep Guardiola’s prototype of a centre-half’ but we suspect that Guardiola would set aside questions about Kompany’s style if he was 90% fit and meeting crosses with his big, bald head.

Things that could save our season :

Kompany goes on a run of fitness.

Bravo makes a save.