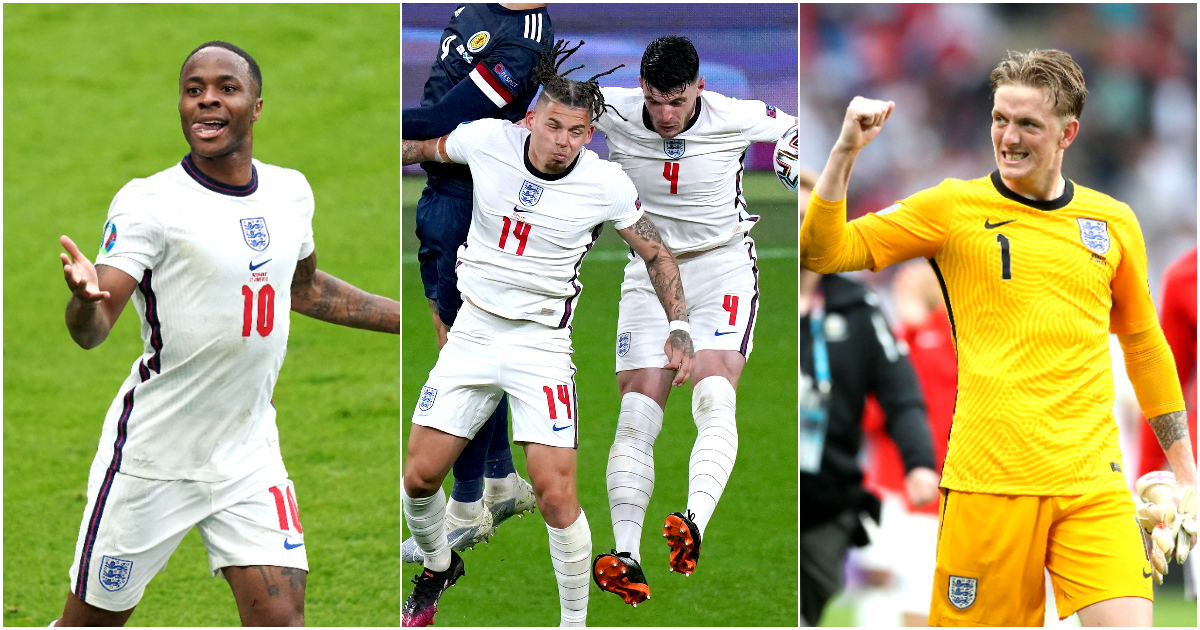 There were a lot of things worrying us about England before the Euros. We were wrong about an awful lot.

With the giddy fate-tempting hubris that can only come from victory over Germany at Wembley, here are five things that have given us wind over the last few years that it now turns out needn’t have…

Jordan Pickford going full Jordan Pickford
We feared for him as he scrambled wild-eyed and panic-stricken across his goal in the early minutes against Germany, but really that was all projection of our own state of mind. He has been impeccable in this tournament, with four clean sheets in four games and none of those actual moments of madness that have punctuated his Everton career. On the back of his 2018 World Cup and everything that has happened in between, the conclusion must be that he just really loves playing in major tournaments. This is a handy quality to have.

In truth, the challenge to his No. 1 spot rather fell away through no real fault of anyone. Nick Pope has done nothing wrong when called upon but was ruled out through injury, with Dean Henderson now going the same way. But in truth neither feel particularly close to unseating Pickford now, and you always suspected that come major tournament time it was going to be Pickford who was Southgate’s first choice no matter what. The difference is that for much of the last two years that thought has given us the most violent wind but now it does not.

But it has worked splendidly in this tournament. Rice has done the less eye-catching work but is a huge factor in both the four clean sheets and the more eye-catching contribution of his mate alongside him. The 80 minutes he played faultlessly and nervelessly on a yellow card against Germany were totemic.

Most people had already settled upon the fact Rice was really bloody good, though. It was playing him and Phillips – often in front of a back five – that raised eyebrows.

But in this tournament Phillips has been a revelation. Not to Leeds fans, who knew exactly what he could do. Most of us, though, have seen far less of him and his two stand-out performances against Croatia and Germany are striking for being so progressive and enterprising, but also for being so different. Against Croatia it was his driving runs that caught the eye – and created the only goal – while against Germany it was his willingness and effectiveness in always looking for the aggressive, attacking and above all forward pass to keep England ticking.

The lack of an obvious favoured formation/system
One of England’s huge strengths in the World Cup run three years ago was that you knew exactly what the plan was and exactly how they would attempt to go about it. In the last few years, Southgate has tried all sorts of things. Back fours, back threes, back fives, Eric Dier in midfield, Eric Dier in defence. Did England know their best team or formation? Did Southgate?

What Southgate was actually doing, the clever so-and-so, was moulding an England team that can play in various ways depending on the situation in front of them. Different formations… for different needs.

We’ve spent months and months asking for no more Kieran Trippier at left-back. Against Croatia, it worked. We’ve already discussed the double pivot. The back three, matching the German system, worked an absolute treat as Germany’s flying wing-backs were pinned back by Luke Shaw and Trippier, now operating from right wing-back.

Only against Scotland, when Shaw and Reece James played remarkably passively and sat deep in a back four could England and Southgate be said to have got their tactics wrong. And even then they got a perfectly adequate result once the Battle of Britain rhetoric and bluster was stripped away.

Raheem Sterling’s form and Southgate’s loyalty to him
Absolute clowns we were. Absolute clowns. But we were legion. Be honest. Sterling had come off a vaguely disappointing season for Manchester City. England did and do have all manner of exciting shiny toys in those positions behind and around Harry Kane. But still: clowns. Can we stop The Clamour now?

England’s big-game mentality
This one lingered for England generally and Southgate still. For all he had achieved, the fact was that the World Cup draw opened up for England and they didn’t beat anyone great to get to the semi-final. That doesn’t discredit or disqualify the achievement, but it left that question unanswered. Reaching the inaugural Nations League finals was encouraging. Playing so badly at them was not.

England and Southgate needed a statement win over major opposition, and even on Tuesday afternoon we weren’t sure they quite had it in them. After 10 minutes at Wembley we were certain they didn’t.

Again: we are very sorry.