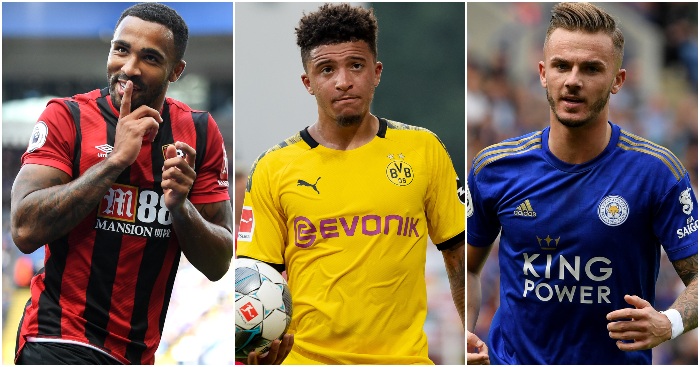 Manchester United are reportedly set to continue their policy of buying British talent, with five players linked with a move to Old Trafford next summer.

The Red Devils spent around £150million this year on domestic prospects, with Harry Maguire, Aaron Wan-Bissaka and Daniel James all making encouraging starts to their United careers.

There remains plenty of remodelling to be done to Ole Gunnar Solskjaer’s squad and the club are already said to be making plans for next summer.

ESPN says sources have told them that Borussia Dortmund winger Jadon Sancho and Leicester playmaker James Maddison are at the top of their transfer wishlist.

Maddison faced United on Saturday when Solskjaer’s side dug in for a gritty 1-0 victory. United were linked with a move for the 22-year-old during the summer, but this latest report suggests that Ed Woodward is expecting Maddison to be priced at around £70-80million by Leicester.

United are understood to retain their interest in Sean Longstaff having failed to match Newcastle’s valuation before the start of the season.

Other names said to be on the Red Devils’ domestic wishlist are Bournemouth striker Callum Wilson and Stoke defender Nathan Collins.