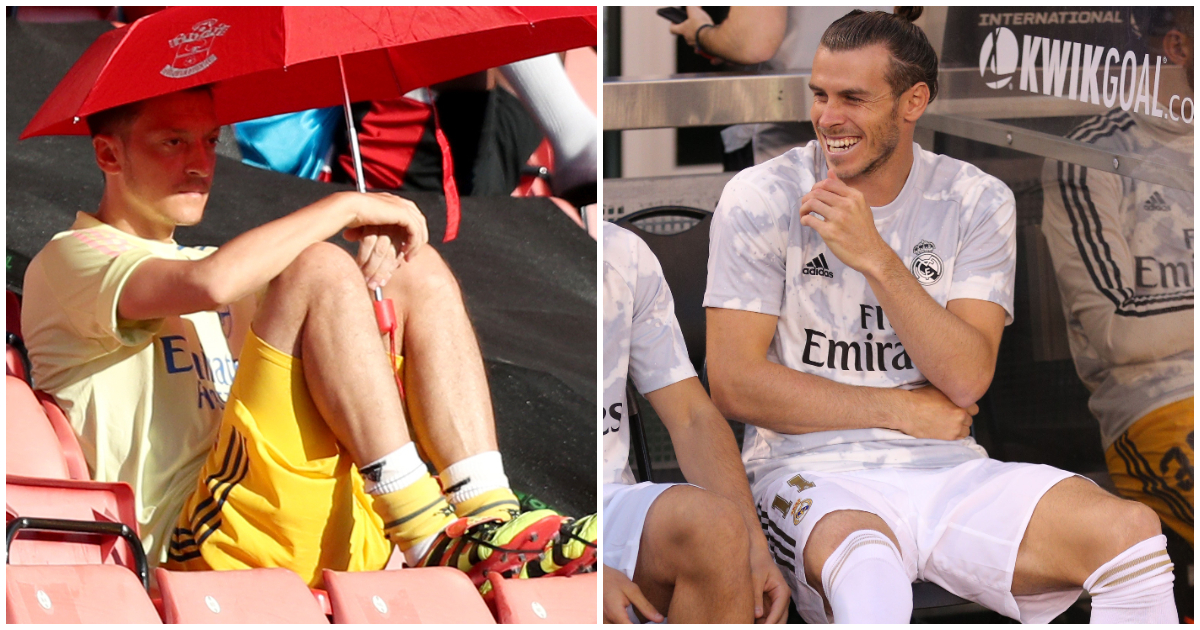 Some of these big contracts seemed a good idea at the time. David De Gea represented reasonable value to Man Utd in 2019. Now, though…

David De Gea
Manchester United could not afford to lose their goalkeeper when it was contract renewal time in 2019. Now some think they cannot afford to keep him.

De Gea timed his renewal perfectly. The Spain stopper remained one of the best in the world after proving Sir Alex Ferguson right to stick by him after a ropey start to life at Old Trafford.

Talks took place over 18 months amid interest from Europe’s biggest clubs, when many were in the market for a keeper. That demand, and United’s accommodation of Alexis Sanchez’s demands in 2018, helped net De Gea a pay-packet worth around £375,000 a week, making him comfortably United’s highest-paid player once Sanchez had been shuffled off to Inter Milan.

He retains that status but his place in United’s goal is in jeopardy. All season he has been trying to fend off the challenge of Dean Henderson and it appears neither has done enough to entirely convince Ole Gunnar Solskjaer of their trustworthiness.

The feeling is that United would move De Gea on after 10 years were it not for his enormous wages. He has two years left to run on a deal worth more than double any other keeper in the world. Even Mino Raiola expects only half of De Gea’s salary to park Gianluigi Donnarumma next season.

Marcos Rojo
The deal Rojo signed in 2018 would be entering its final month had United not paid him off in February.

The Argentina defender was offered new terms, which presumably he accepted without hesitation, worth around £100,000 a week in March 2018 to eliminate the risk of him entering the final year of the contract he signed when joining United in 2014.

United have form for panicking as players reach the last 12 months of their agreements. They have done the same with Phil Jones and Chris Smalling, among others, in a misguided attempt to protect their assets.

But Rojo was another who became a liability. For his massive wages, United got six Premier League appearances out of the centre-back – only one of them last 90 minutes – with Solskjaer clearly not a fan of his frenzied, all-action style of defending.

United eventually shifted Rojo to Boca Juniors for ‘an undisclosed fee’, according to the Red Devils. You can be certain it  wasn’t anything like the £15million they had spent on his salary since his contract renewal.

Gareth Bale
The Wales star was only three years into a six-year contract that he signed upon joining Real Madrid in 2013 when the Spaniards offered him another six years on around £600,000 a week. And we wonder why Spanish clubs are brassic…

To say Real regret dropping to their knees for Jonathan Barnett is a huge understatement. Bale has had his moments – two of them in the 2018 Champions League final – but he started only 60 of Real’s next 142 La Liga matches before being farmed out to Spurs on loan for the season in an attempt to claw back a fraction of his salary.

Injuries didn’t help Bale to justify his status as one of the world’s highest-paid players, and nor did his relationship with Zinedine Zidane. Real have been trying to rid themselves of Bale for two years, but they declined the opportunity to send him to China when Jiangsu Suning wanted to pay the Welshman £1million a week.

Real demanded a transfer fee, perhaps not unreasonably, but in the process they burdened themselves with the remainder of his contract, which still has another year to run, in which time Bale will earn around £30million.

Mesut Ozil
The former Germany star was six months from free agency when Arsenal eventually caved and made him the highest-paid player ever.

The playmaker netted around £350,000 a week from Arsenal, which didn’t look quite so bad while the ink was drying on Ozil’s deal at the same time Manchester United had their pants pulled down by Alexis Sanchez.

But less than three months after Ozil recommitted to the Gunners, Arsene Wenger was ushered towards the exit. Under Unai Emery and then Mikel Arteta, Ozil contributed only seven goals and six assists for his crippling wages, with Arteta eventually freezing him out completely.

Having not been included in Arsenal’s Premier League or Europa League squads during the first half of the season, the club eventually agreed to a termination of Ozil’s contract just to save themselves 10 per cent.

What did Arsenal learn from the saga? Not much if Pierre-Emerick Aubameyang’s situation is any indication.

Fraser Forster
“For me it was a no-brainer,” said the goalkeeper upon signing new terms in 2017. Indeed.

Forster was only a year into a five-year agreement when Southampton offered to pay him around £70,000 a week, which made the keeper one of their highest-paid players ever. The then-England keeper was in decent form at the time, but his fortunes soon plummeted.

Half a season into his new deal, Forster fell out of favour under Mauricio Pellegrino and did not play at all for Mark Hughes. He went 18 months without playing for Southampton and slipped from the England squad to third choice at Saints behind Alex McCarthy and Angus Gunn.

Forster was parked at Celtic last season, where he rediscovered some form. But his salary – reportedly at least double the amount Celtic’s highest earners were making – made a permanent return a non-starter.

The 33-year-old’s status improved this season to that of stand-in, and Forster played eight times in the Premier League. But for Saints, he is set to remain a costly cup keeper.