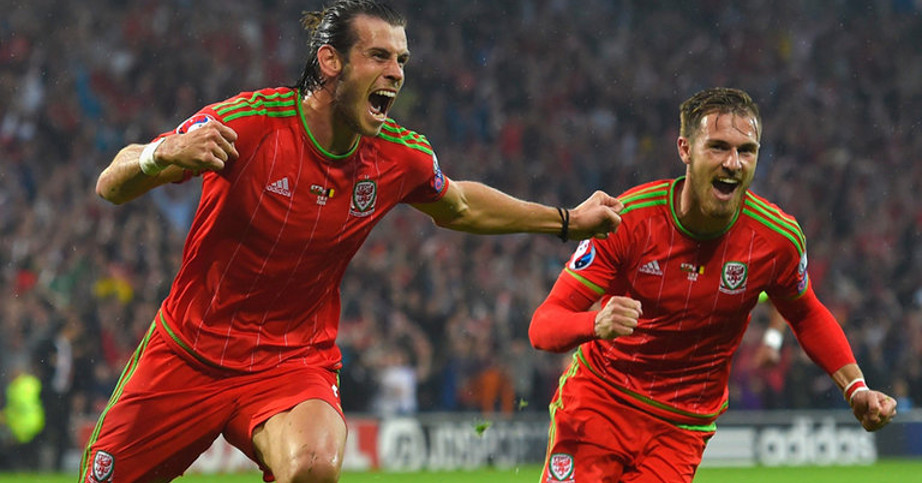 Gareth Bale
What? Did you think you would be unearthing some hidden gems ahead of this summer’s tournament? Were you expecting to hear about the next breakthrough star who will follow in the footsteps of Karel Poborsky and Milan Baros? The next player to earn themselves a big move after some excellent performances?

You might have heard of Gareth Bale. He is the most expensive footballer in the world. He plays for Real Madrid. His middle name is Frank. He was once a left-back who could not get a game ahead of Benoit Assou-Ekotto. Manchester United desperately want him. Bless. He is also available at 50/1 with numerous bookmakers to finish as Euro 2016’s top goalscorer.

Wales scored 11 goals in ten qualifying games; Bale scored seven of them. He will take all of the free-kicks. He will take all of the penalties. Wales are likely to progress at least past the group stage, providing the 26-year-old with ample goalscoring opportunities. Plus he will face Gary Cahill and Chris Smalling for 90 minutes. Or John Stones. Shudder.

Daniel Sturridge
The Liverpool striker will not start England’s opening game against Russia, with Roy Hodgson looking to crowbar Harry Kane, Jamie Vardy, Wayne Rooney and Dele Alli into the same system. A clue for you Roy: it will not work.

While Sturridge will start the tournament from the bench, he is in quite excellent form. The 26-year-old scored 13 goals in 25 games for Liverpool in an injury-hit season, making odds of 66/1 in some places for him to finish as top goalscorer look rather generous. Aside from his captain, the striker is the only other player to have ever scored a tournament goal for England. Eesh.

Andre Schurrle
Another who will not find himself in his country’s starting XI, but who has perfected the art of the impact substitute. Schurrle scored nine goals in 29 Bundesliga games for Wolfsburg this past season, often shackled by having to play on the wing and behind Nicklas Bendtner. With Joachim Low having an embarrassment of riches as his attacking focal point – either Mario Gotze, Mario Gomez or, somehow, Lukas Podolski – 100/1 shot Schurrle may find playing opportunities a little easier to come by. He scored three times in Germany’s successful 2014 World Cup run, including a goal and an assist against Algeria in a 2-1 quarter-final victory, and two goals in the semi-final rout of Brazil. Those two came from the bench.

Lorenzo Insigne
‘More youth gone to waste.’ That was the consensus of Andrea Tallarita, imploring the forward who was once Italy’s next great hope to ‘take responsibility as our last fantasista’. Insigne is situated between two eras in the national team. Of Italy’s 23-man squad, five are aged 24 and under, and 13 are aged 28 and over. The 25-year-old is one of few caught in the middle, and despite his extensive experience in Serie A, only two players have fewer international caps in Antonio Conte’s squad. In his nine appearances for Italy, Insigne has scored twice, but the Napoli forward and free-kick specialist can provide an offensive threat after scoring 12 times this season. That Daniele De Rossi is the top goalscorer in Italy’s current squad is a bit weird. That Giorgio Chiellini is next is hilarious.

Arkadiusz Milik
If you do not know of the workings of Arkadiusz Milik, then you are fortunate enough to not see an awful lot of Daniel Storey. Lucky buggers. The 22-year-old is the other Polish striker, the Robin to Robert Lewandowski’s Batman. The Bayern Munich forward top-scored with 13 goals in qualifying for the tournament, with Milik providing a delightful six of his own as Poland scored more goals (33) than any other side. On the club scene, Milik has earned admiring looks from the Premier League after scoring 21 goals in 31 Eredivisie games in his first full season with Ajax. Just ignore that Luuk de Jong was one of the two players to score more.