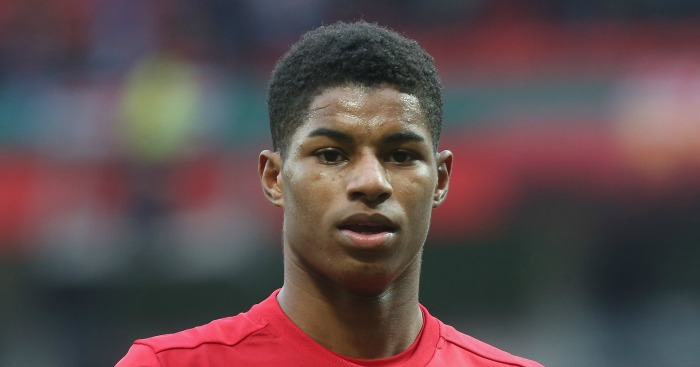 Francis Coquelin (Arsenal)
Sometimes all you need is a graphic…

100% – Arsenal have won all of their 13 games whithout Coquelin starting in all comps this season, only 41% with him (9/22). Cursed. pic.twitter.com/zKLBRmFcok

So of course he recently got a new contract. Mind you, he was ‘arguably Arsenal’s best player’ in Arsenal’s 3-1 defeat to Chelsea on Saturday. Well, if you want to argue…

Emre Can (Liverpool)
‘Klopp’s preference of Emre Can over Wijnaldum is baffling and problematic’ is a headline on the excellent This Is Anfield this week. It’s particularly baffling as Klopp has spoken about the German’s ongoing calf problem. And it’s even more baffling when you look at the statistics.

Of the 15 Liverpool matches NOT started by Can this season, 11 have been won by the Reds. That’s pretty bloody good. When Can has started, Liverpool have won just seven of 18 games. That’s a win percentage of 73% v 39%. Baffling and problematic indeed.

Now you’re wondering about Anthony Martial, right? Well his figures are 63% and 59% so the difference is negligible. The answer is clearly to start Wayne Rooney instead; United have won the last nine games he has started.

Jack Rodwell (Sunderland)
You know the story – Rodwell finally won a Premier League match in which he started for the first time in 1,370 days on Saturday when Sunderland beat Crystal Palace. Of course, he went off injured, but still. Whoop-de-doo. Curse broken.

Sunderland’s win percentage with Rodwell starting this season now stands at a healthy 13% (they beat Shrewsbury 1-0 in August) while without him it’s 36%. Extrapolate that over a season and they stay up…

Pablo Zabaleta (Manchester City)
Now we love Pablo Zabaleta but things have not gone well for the Argentine this season. The nadir was the 4-0 defeat to Everton which saw him scrambling to keep up with Tom Davies in midfield, but his form has been so poor that Pep Guardiola decided that Fernandinho was his best right-back option against Swansea. Zabaleta did eventually come off the bench…just before the Swans equalised.

And yes, in case you were wondering, City are better without Sergio Aguero…