Home F365 Features Five players who could do an Alex Mowatt 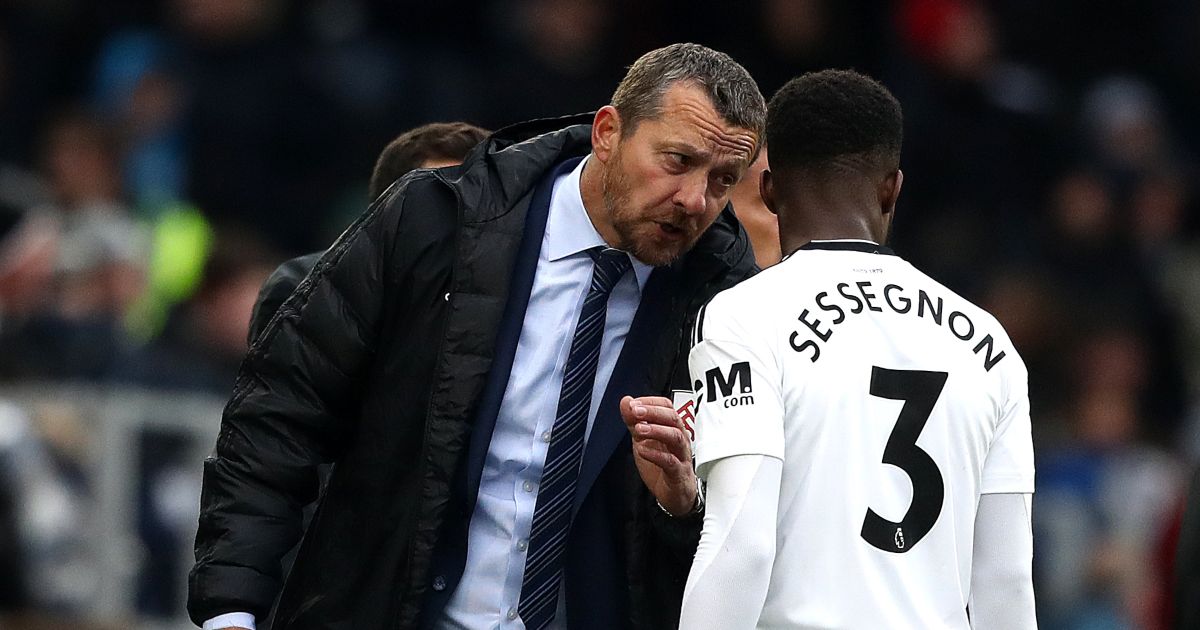 Andre Gray (Watford to Bristol City)
Bristol City boss Nigel Pearson may be in the midst of organizing a Leicester City reunion at Ashton Gate, but ignoring his campaign to reunite his Championship promotion veterans of yesteryear, it is a player with whom Pearson had a much briefer and less fruitful relationship who makes the cut.

Gray and Pearson worked together at Watford during the Hornets’ relegation from the Premier League in the 2019/20 season, but a return to the second tier for the perennial form-struggler Gray could see a mutually beneficial arrangement take place.

The Robins released their main man, Famara Diedhiou, this summer, so there is a glaring space up front in BS3 ahead of next season. And while Gray and Pearson’s previous link may have been an unpromising mix of quick and unsuccessful, the former Burnley and Brentford striker has already been a hit at this level.

Money could be a problem in attracting Gray to a less cash-rich club than Watford, but the promise of being the main man for a club once more – something he has never been in the yellow corner of Hertfordshire – may just tempt the 30-year-old to reunite for a more successful spell with Pearson. As long as they do not hold his 2015 snub against him.

Andrea Ranocchia (Inter Milan to Fulham)
Marco Silva is the newest manager at Fulham, and being a relative star name for the Championship, could attract some big names to Craven Cottage ahead of preparation for another attempt at an instant return to the Premier League.

One man who has already had a taste of English football and working with Silva is veteran Italian defender Andrea Ranocchia, who could fill a 6ft5in gap being left in the Fulham defence by previous loanee Joachim Andersen.

Standing tall, Inter Milan defender Ranocchia has been a squad member at San Siro since before his Hull City loan, during which the Tigers just couldn’t claw their way away from relegation, despite the true efforts of the Portuguese manager and the likes of Ranocchia.

Now the 33-year-old could pick up where he left off in English football, at the heart of a likely promotion-challenging side, with the Cottagers in need of centre-backs who feel at home in the heart of defence, too much of a rarity this close to the Thames in recent years.

Ryan Sessegnon (Tottenham to Sheffield United)
It may well be that Ryan Sessegnon comes to play a key part in Tottenham’s first team this season, if reports are to be believed. New Spurs manager Nuno Esperito Santo would have no problem utilising Sessegnon as a left-wing-back in his 5-2-3/3-4-3 preferred formation but should the former teenage breakout star need another season on loan, there is surely no better destination than Sheffield United.

The Blades have played with a five-at-the-back system for much of the last half-decade, with the system almost perfected by former manager Chris Wilder, and while new chief Slavisa Jokanovic has generally opted for a back four in his time in England, a reunion with the player he introduced to the world at 16 would be too tasty a notion to ignore.

Sessegnon has largely struggled to replicate his form from his early days under his former manager at Craven Cottage, but his career will take off just fine when he comes of age, and who better to help him reach his peak than the man who afforded him the opportunity to kick off his professional career in the first place? 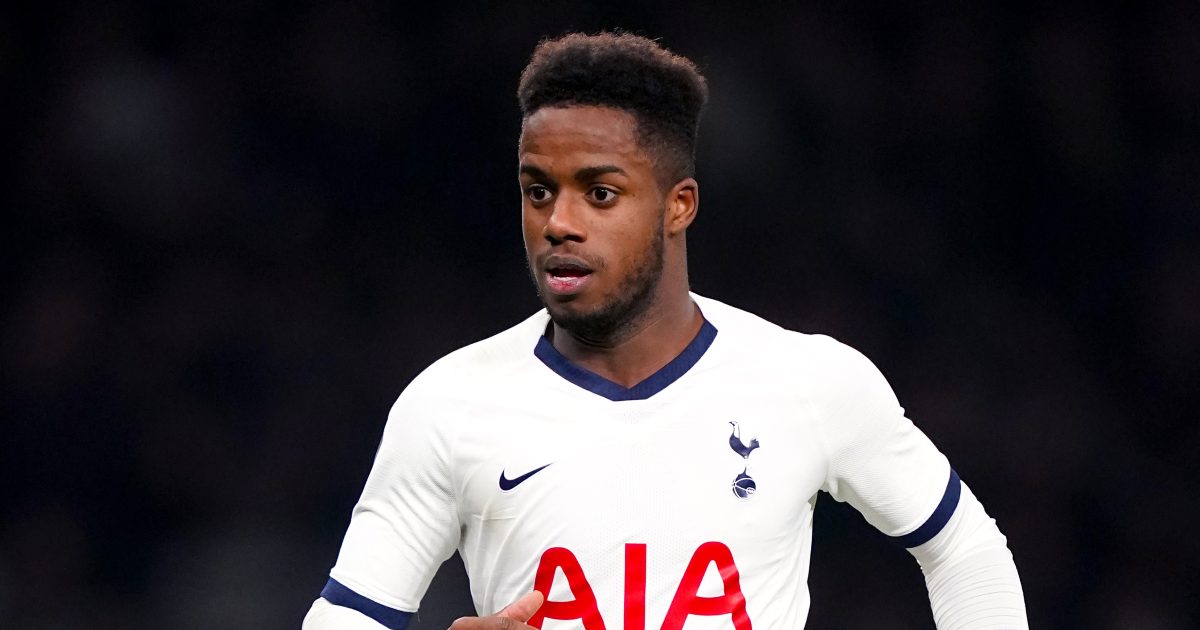 Sessegnon took the new British route to German football with Hoffenheim for the 2020/21 season, performing to understandably inconsistent heights, winning the November Player of the Month award but failing to truly recapture his ridiculous form from that 2017/18 season, when the full-back scored 15 goals in an ever-present campaign.

Enda Stevens and Max Lowe currently occupy that left-wing-back berth but a return to a Bramall Lane back four could see a spot open up for Sessegnon at either left-back or out wide further up the pitch, and offer another Championship cheat code for the Blades.

Danny Loader (FC Porto to Swansea City)
Former Reading striker Loader was one of the hottest Championship prospects during the early stages of the Covid-19 pandemic, and his hot form for his hometown club earned him a move to Portugal, where the 20-year-old has continued to shine, albeit with FC Porto’s B team. Like many young English talents to move abroad, Loader has had to settle for second-string football to get his minutes, but a one-in-four record across 32 appearances is not to be sniffed at.

A man who played a big part in helping Loader to be one of the EFL’s hottest properties was former England under-17 World Cup-winning manager Steve Cooper, who needs as much firepower as he can get his hands on if the Swans are to make it third time lucky under the Welsh chief in making it back to the Premier League, particularly with the release of talismanic top scorer Andre Ayew.

Having already acquired the services of PSV Eindhoven striker Joel Piroe to link up with forward Jamal Lowe at the Liberty Stadium for the upcoming season, Cooper will know he cannot rely on only two out-and-out forwards again. And who better to provide competition and back-up than a youngster who has already worked under the gruelling yet rewarding tutelage Cooper has to offer, while also allowing Loader to save some money on trips back home? Win win.

Joe Bryan (Fulham to AFC Bournemouth)
The last man on this list could benefit from one of the most recent managerial changes in the EFL. Play-off hero and goal-scoring left-back Joe Bryan has found himself sitting in an XI of players too good for the Championship and not quite strong enough for consistent output in the top flight of English football.

With Antonee Robinson now ahead of Bryan in the pecking order and likely to remain so in the upcoming campaign under Marco Silva, Bryan could benefit from a link-up with his old boss Scott Parker (still cannot understand why he was worth the wait) who could bring some old favourites with him to flesh out the Cherries’ squad, starting with former Bristol City left back Bryan.

Diego Rico is a strong but inconsistent performer while Lloyd Kelly should be allowed to flourish as a centre-back and so Bryan would make perfect sense to come into that position to provide a plethora of assists and strong defensive work as per the rest of his second-tier career to date.