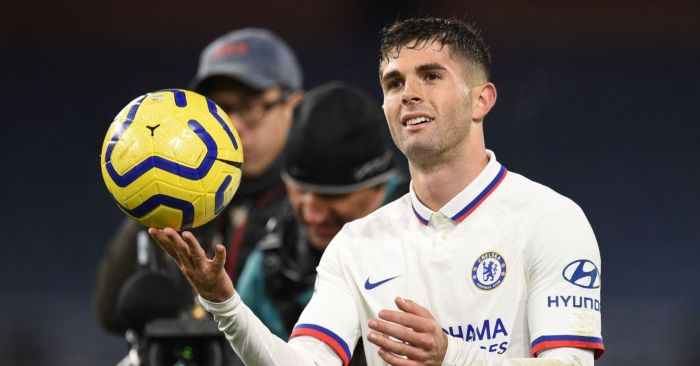 Chelsea have done outstanding transfer business, with the prospect of working under charmer Frank Lampard proving a lure for the top talent in Europe. And he will need to use his winning smile further to replace these five, but can rely on this quintet to build his team around…

Mateo Kovacic
Many felt Chelsea signed Mateo Kovacic by default last summer: £40million spent on a midfielder that had failed to impress under Maurizio Sarri because they had no other option. Daniel Storey was one of many fooled into believing the Croatian’s underwhelming first Premier League season was as good as it was going to get. How wrong they were.

He doesn’t score goals or contribute assists, but that’s not why Real Madrid bought him, nor Inter Milan before them. His passing is accurate if not particularly cutting, his touch and positional awareness is admirable, but it’s his ability to move with the ball that sets him apart. While Christian Pulisic attempted far more dribbles per 90mins this season – 5.6 compared to 3.9 – Kovacic completed 85% of his, whereas Pulisic was successful just over half the time. His ability to take the ball under pressure, shield it with his body and drift past players is extraordinary, and is the one true tried and tested method Chelsea have had to beat the press and start attacks from deep this season.

Cesar Azpilicueta
Chelsea’s longest-serving player started all but two Premier League games this season, and Lampard is understandably reluctant to play without his captain.

“His performances for a huge part of the season, his attitude, application every single day, it is an absolute standard for any young player. He is an epitome of the club.”

Whether at right-back, left-back or on the right of three centre-backs, Lampard is desperate to shoehorn Azpilicueta into the side. He is comfortably Chelsea’s best defender and his six Premier League assists illustrate just how underrated he is as an attacking threat. He leads through respect, authority and by example. Reece James was included in February as a player Chelsea should build around, and next season could see a horses for courses situation, with James preferred in games when attacking impetus is a priority over defensive organisation. But an Azpilicueta-less Chelsea side is one dangerously lacking in passion, leadership and competitive desire.

N’Golo Kante
He is by no means the sole answer to Chelsea’s defensive issues. As has been shown this season, even with Kante in the defensive midfield role, Chelsea remain vulnerable. But he can’t be expected to put out every fire before it becomes a blaze – the centre-backs have to be able to deal with some of the heat Kante can’t extinguish.

But even with new centre-back recruits, it’s hard to see a Chelsea side full of attacking talent that would cope with Jorginho as their defensive shield over a ball-winning menace like Kante. A trio of Kovacic, Kai Havertz and the Frenchman would provide ambrosial balance in the Chelsea midfield.

Christian Pulisic
He’s not quite Eden Hazard, but he’ll do. Nine goals and six assists from 19 starts in the Premier League is a wonderful return in his first season. Opposition teams are already doubling on him, somewhat safe in the knowledge – as they were when Hazard graced the pitch – that stopping him goes a long way to stopping Chelsea. Not so next season.

With Timo Werner and Hakim Ziyech arriving to deflect attention, Pulisic will be afforded more time and space to terrorise defenders with his direct running and nimble footwork. Jeez, Chelsea are going to be good to watch.

With the Havertz deal imminent, this will be our last 5 signings:

Timo Werner
Who was Chelsea’s last genuine out and out goalscorer? Mateja Kezman doesn’t count. Jimmy Floyd Hasselbaink? Both Didier Drogba and Diego Costa were undeniably brilliant strikers, bullying defenders and scoring important goals in big games, but finding the net wasn’t the be-all and end-all. They were strikers cut from the old Chelsea cloth: powerful; dominant; scary.

Werner will provide pedigree class to the new Chelsea breed. He’s quick, precise and the perfect striker to get on the end of the crosses and passes Ziyech has been bought to deliver. Chelsea’s business this summer has shades of Jose Mourinho’s second spell at Stamford Bridge. He – like Lampard – identified the Chelsea weaknesses and signed the best around to remedy them. Costa and Cesc Fabregas on that occasion, Ziyech and the poacher Werner this time around.