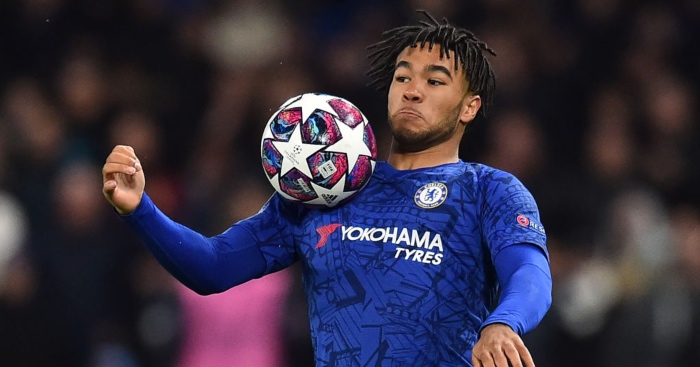 The 3-0 defeat to Bayern at Stamford Bridge was a humbling experience for Chelsea. It was a sign of the weakness of the Premier League and the huge gulf Frank Lampard’s side have to bridge to compete with the very best in Europe. We’ve also picked out five Chelsea players that need an upgrade, but here are five Lampard should build his team around…

Mateo Kovacic
After the defeat to Bayern, Lampard said Kovacic “played with a personality and a quality that makes you go, ‘okay, he can play in pretty much any team with that level.’” The Croatian is the only Chelsea player to have won the Champions League, and at times looked like the only one to have even played in the competition as he sailed around Stamford Bridge. A midfielder who can dribble through the centre of the pitch is a sought-after commodity, and Chelsea have one of the best around.

Reece James
A bit of a rude awakening against the skill of Serge Gnabry and astonishing pace of Alfonso Davies on Tuesday night, from what has been a dream of a debut season for James; the Premier League has appeared little more than child’s play to the 20-year-old. His crossing ability has drawn comparisons with David Beckham and the disdainful manner with which he brushes aside opposing forwards is one of few real joys when watching this Chelsea side. Is he England’s most complete right-back?

Hakim Ziyech
He hasn’t arrived yet and the pressure on Ziyech’s shoulders is already wince-inducing. Pedro is as good as gone, the summer feels like a natural time for Willian to leave, and Mason Mount is producing increasingly worrying performances that suggest he may not be quite good enough. The Moroccan international is a world-class winger with proven Champions League talent and the Blues fans will be hoping for Arjen Robben-esque sidesteps and curlers rather than what Mateja Kezman of the ‘Batman and Robben’ epithet brought to the Chelsea party. If we were to judge him solely on his ability to hit a cross-field ball – and why the f*** not – the former is far more likely…

The camera angle of this Hakim Ziyech pass will never get old. 😍

Fikayo Tomori
His lack of minutes is mystifying. Chelsea have won nine of the 14 games he’s started in the Premier League this season. Inexplicably dropped following the 2-1 away win over Arsenal, he’s not featured in the last seven league games and wasn’t even in the squad for four of those. And while the other centre-backs appear to have hit a quality ceiling – a point where they can’t get any better that hangs well below the desired limit – Tomori’s problem is consistency rather than pure footballing ability; he has that in abundance…

Callum Hudson-Odoi
It’s been an incredibly frustrating season for the 19-year-old, whose sterling performances in a faltering Chelsea team at the end of the last campaign earned him a call-up for England – a stage on which he again impressed. Four assists and a goal in seven Premier League starts under Frank Lampard is a decent return in a season blighted by injury and with an unencumbered run of games Hudson-Odoi will turn performances that hint at his precocious talent to ones that make it consistently hard to ignore. Bayern Munich were targeting a £35million pound move for the winger in January of last year, the same window in which they signed Alfonso Davies. The Bayern scouts aren’t daft.