Home Arsenal Five players found down the back of the sofa 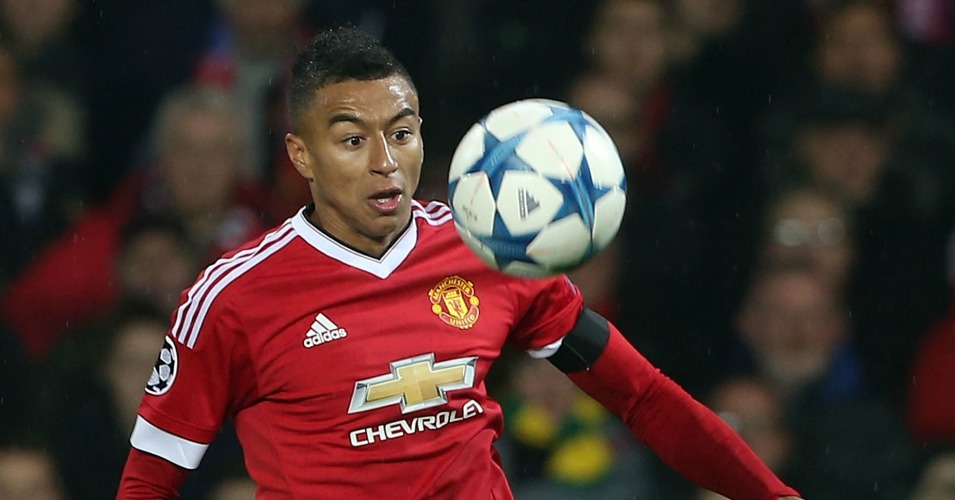 Jesse Lingard – “He has to wait for his moment and maybe his moment has arrived now,” said Louis van Gaal on October 20 after Jesse Lingard – now 22 – played 45 minutes in that one match where Manchester United have looked like a potent attacking force this season. Since then he has started twice against CSKA Moscow (including a man-of-the-match display at Old Trafford), played two hours against Middlesbrough in the Capital One Cup and came off the bench twice more in the Premier League.

Not too shabby for a player who was not even a substitute for the COC tie against Ipswich in mid-September and seemed well-placed to go out on loan to a lower Premier League club at around 12.15am on January 1. Some cynics might have suggested that Lingard was only given a new Manchester United contract in February to protect his value.

It turns out that when your competitor is Memphis, it really should be quite easy to come in.

Further injuries to Theo Walcott, Alex Oxlade-Chamberlain, Aaron Ramsey, Jack Wilshere and Tomas Rosicky meant that it really was time for Arsenal’s seventh-choice right-sided forward to step up. And step up he did – with a well-taken goal and an incredibly dilligent yet creative 84 minutes against Swansea.

As one fan wrote in Tuesday morning’s mailbox: ‘Joel Campbell, decent goal Saturday, in a 3-0 win, nothing dramatic – but for me he literally is like a new signing for Arsenal.’

Now Wenger just needs to find another defensive midfielder down the back of the sofa.

Joao Teixiera – “I had a chat with Brendan during the summer and in that conversation he told me that I could have my chances here,” said the Portuguese youngster on October 1, by which time it was pretty clear that Brendan had been talking b*llocks. Teixiera – Brighton’s Young Player of the Year last season – had not even made it to the bench for the Capital One Cup clash with Carlisle, never mind the Premier League. Having been left out of Liverpool’s Europa League squad entirely, things were looking bleak for the 22-year-old.

And then came Klopp. On the bench for the German’s very first league match against Tottenham because of a raft of injuries, Teixiera then played 90 excellent minutes against Bournemouth in the League Cup that earned him a place on the bench for the big Chelsea clash. This time it was entirely on merit.

Shame for Joao Teixeira he's not on UEFA list. Rodgers didn’t pick him so ineligible. Which, in retrospect, is surprising/daft/bloodystupid.

Gaston Ramirez – ‘Southampton flop Gaston Ramirez is negotiating to tear up the final 10 months of his £65,000-a-week contract’ reads a report in the Daily Mirror on September 12. The £12m man had not played for the Saints since August 2014. Two weeks and a raft of Southampton injuries later, the Uruguayan was playing 25 minutes against MK Dons in the Capital One Cup. A month later the rehabilitation was complete when he came off the bench to play ten minutes against Liverpool. Three days later he started against Aston Villa in the cup.

“He was one of the team and that was very positive,” said Ronald Koeman with perhaps the world’s faintest praise. Ramirez might be back in the fold but he is highly unlikely to replace Dusan Tadic or Saido Mane any time soon. But at least he’s not on loan at Hull.

Cheick Tiote – “I know Cheicky, you know Cheicky,” said Steve McClaren last week. But at the start of the season it seemed like McClaren had forgotten Cheicky as he started the season with Vurnon Anita and Jack Colback as his first-choice midfield pairing. Tiote played just 34 minutes of Newcastle’s first four Premier League games – and 90 minutes in the Capital One Cup – before a knee injury sidelined him altogether. After just ten PL starts last season, it looked very much like Tiote’s Newcastle career was pretty much over, four years after he was a granite-hued machine in that fifth-finishing Toon side.

When Tiote returned in October, McClaren was suddenly finding Tiote’s energy ‘infectious’ – helped, presumably, by watching the sterile Anita get torn apart by Manchester City in a 6-1 defeat. Tiote has started three straight Premier League games since that drubbing, with early bookings cited as the only reason for early substitutions. We know Cheicky, alright.