Actually, scratch that. We had to make it six. It turns out that Liverpool are actually pretty good. 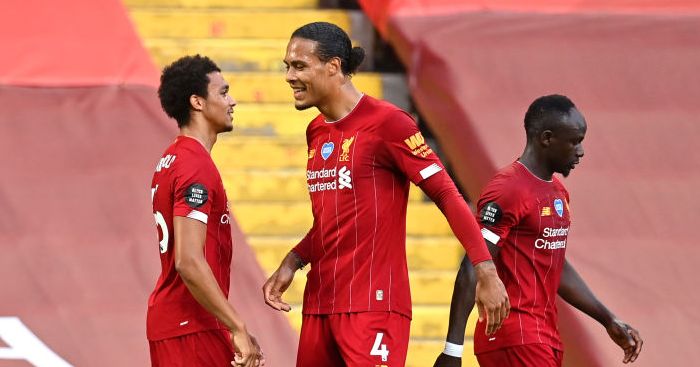 Only five? Well we cheated a bit and snuck it up to six. Could be 10 or 11 pretty easily, to be fair. They’re quite a good team. Jurgen Klopp is a decent manager, too. Anyway these are five/six of that team.

The full-backs
Look, we won’t lie to you: there’s not going to be a great deal of new information in this one. It’s really just for completists. We’ve done the rest of the “Big” “Six” “football clubs” so we’ve got to do Liverpool as well. You already know what they need to do, they already know what they need to do, they have in fact been doing precisely it for the last two seasons already. If you really want a laugh, look at the hoops we’ve had to jump through to try and come up with five players Liverpool should ditch. We’re already cheating here by lumping two of the Premier League’s best players into one entry, so rich are their current resources.

Virgil van Dijk
And a brilliant centre-back. Keep having the brilliant centre-back. Van Dijk was actually the most visibly (albeit understandably) off-the-pace member of Liverpool’s team in their inevitable Project Restart drop-off from the dizzy heights of August to March. There were a couple of high-profile ricks and while they can be easily explained away right now – the job was done, three months off, hard to maintain the insanest of insane standards anyway etc. etc. etc. – it’ll be interesting to see what Klopp doesActually, scratch that. We had to make it six. It turns out that Liverpool are actually pretty good. should another error or two creep in at the start of next season. They probably won’t, though. What with the previously discussed brilliance and all.

Mo Salah
The highest praise for Salah is that his standards are now so high and so consistent that his ridiculous record is in danger of being entirely normalised and taken for granted even at Liverpool, the most talked about club in the land whether things are going brilliantly, terribly or anywhere in between. His was a relatively quiet season in the record-breaking march to long-awaited title glory, in which he contributed a mere 19 goals and 10 assists while genuinely being considered probably about maybe the fifth most important part of the equation. Just a really lovely footballer.

Sadio Mane
Mane’s form was perhaps part of the reason for Salah taking a backseat. The fundamentals of Liverpool’s title success were essentially a team of very good players maintaining astonishing standards for a second year to once again become significantly greater than the sum of their parts. It’s no criticism at all – indeed it is high praise – to say that few Liverpool players actually improved during 2019/20; they just kept going at the ludicrous pace they had already established. Even Klopp, really. Mane is perhaps the exception. He was even better this year than last. Again, this was a good plan and one Liverpool should definitely continue with.