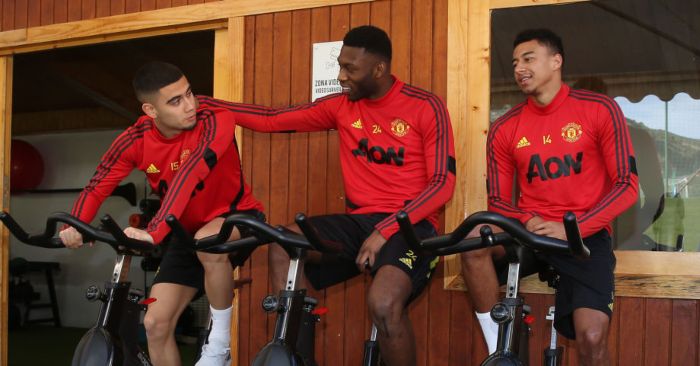 Jesse Lingard
Who displayed more patience: the player that waited until the literal final minute of an elongated season to score his first Premier League goal, or the fans that were watching him throughout?

There is sympathy for Jesse Lingard, who has admitted struggling “as a player and person” after feeling “down and glum; just worrying” in December. Some of the criticism has crossed the line from constructive or friendly to unpleasant and spiteful.

It is possible to think him not good enough to play for a progressive, exciting Man United, while acknowledging his ability to regularly embarrass Arsenal and surely do well when he inevitably joins Everton. Ole Gunnar Solskjaer has shown his ruthless side before and moving on the 27-year-old golden boy suits everyone.

Andreas Pereira
It is quite wonderful that Fred created the most Premier League chances (35) of any Man United player this season, followed by Marcus Rashford (32) and Andreas Pereira (30). What a wonderful representation of a squad containing genuine excellence, solid medium-term options and those who have been left behind as the club moves forward. Pereira has achieved what was intended and will always have that night at the Parc des Princes, but an upgrade – even in his role as back-up – is needed.

Juan Mata
Solskjaer’s calculated and justified decision to run a select few elite members of his team into the ground was a more damning indictment on the rest of his Man United squad than anything Roy Keane could utter from a TV studio. Daniel James needs considerable refinement, Odion Ighalo has already expended his usefulness and Diogo Dalot could not be further from contention.

As for Juan Mata, 205 Premier League minutes in January became 88 in February, 18 in March, nine in June and ten in July. Bruno Fernandes might bloody well love him but his arrival has effectively ended the Spaniard’s realistic hopes of playing anything outside of early cup rounds or sporadic and late league cameos.

Phil Jones
With Ashley Young’s winter departure for Italy and Chris Smalling’s similar Serie A sojourn, Phil Jones ended the campaign as the longest-serving player at Man United. The whole testimonial thing is a genuine shame but he has become a gurning relic of a forgettable and regrettable past.

Jones was called upon twice in the Premier League: starting in a 3-3 draw with Sheffield United and being substituted at half-time, before playing the full 90 minutes of a 2-0 defeat to Burnley two months later in January. He did not even make the last 18 match-day squads across three different competitions. Axel Tuanzebe and Timothy Fosu-Mensah have already taken his place.

Marcos Rojo
How in Henrik Larsson’s name is he still bloody there?