Some are obvious. Most, in fact. But Manchester City should move on from one of their greatest players. 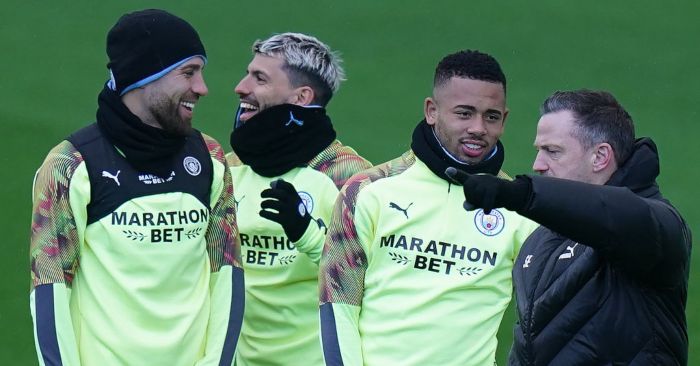 Time for a Manchester City rebuild after losing their Premier League title by absolutely miles. Keep this lot, lose these…

Gabriel Jesus
It’s not that he’s a bad player, because he demonstrably isn’t that, it’s just that he’s as bad a player as Manchester City can realistically be expected to have in his position. Yes, he scores a very reasonable number of goals but reasonable is not good enough when you’ve got Kevin de Bruyne running the supply line. He really should score loads more.

Nicolas Otamendi
Whether Nathan Ake truly represents a significant upgrade only time will tell, but when you’re a 32-year-old increasingly on the fringes of first-team selection, the sight of £40m being chucked at a relegated club during a pandemic for a 25-year-old who plays in your position has to be a worry. In and out of the side all season, Otamendi played a full part in two of City’s more perplexing defeats in pre-lockdown 2020 – the 2-0 reverses against Tottenham and Manchester United – and completed 90 minutes only three times during Project Restart.

Sergio Aguero
All right, calm down. Not “ditch” as in “bin him off forever because he’s crap” but “ditch” as in “no longer rely on him as a guaranteed source of 25 goals without worrying about the need for a direct replacement”. He’s 32, has only a year left on his current contract and missed 12 Premier League games this season through injury. At the very, very least, it’s time for a change of role for one of the Premier League’s greatest players.

Benjamin Mendy
The fundamental role Liverpool’s swashbuckling full-backs have played in their success doesn’t help those who play in the same position for the team found 20 points wanting, but even without the unhelpful comparisons to the champions Mendy would be under pressure. His injury problems have been a sickener but the harsh truth is that he just doesn’t now look able to do what a team of City’s status needs him to. His Maicon v Bale-style humiliation at the hands of Christian Pulisic early in Project Restart perhaps represents the nadir, but it was far from a one-off.

John Stones
Time to move on, for him, for Pep, for all of us.