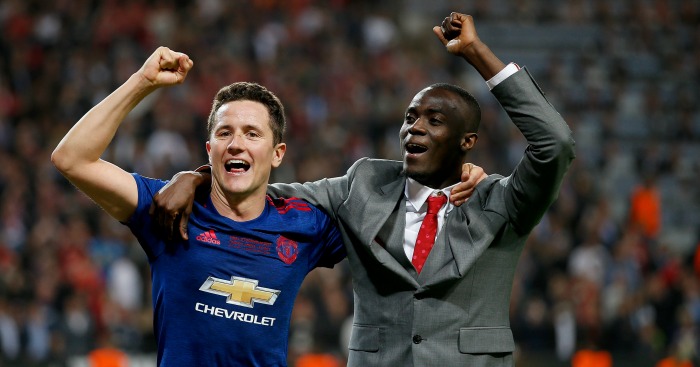 And for every positive, there is a negative…

Eric Bailly
It might sound like stating the bleeding obvious to say that United should look to build their defence around a 23-year-old they signed for £30m less than a year ago, but the manner in which Eric Bailly has settled into English football has been mightily impressive. While doubts remain or grow about Chris Smalling, Phil Jones, Marcos Rojo and Daley Blind, Bailly is the constant.

While Mourinho has questioned the mentality of Smalling and Jones, he has referred to Bailly as both “heroic” and “incredible” this season. Mourinho is not a coach who offers such effusive praise lightly. The conclusion is that he likes Bailly not just for his performance level, but his mental fortitude. That combination is right up his manager’s street.

Paul Pogba
A lack of pre-season. Returning to a old club. Huge pressure over a transfer fee that he didn’t set. Acclimatising to a new style of football after Serie A. An astonishing amount of football played over the last two years. Those are just five reasons to have a little bit more faith in Paul Pogba working out just fine. A young player is always likely to receive stick when he doesn’t play well after a record transfer, but Pogba has hardly been awful.

For all the criticism from outside Manchester United, those within the club remain convinced that Pogba will become a superstar at Old Trafford, and well they might. This is a midfielder with phenomenal skill; play him on the left of a 4-3-3 with Ander Herrera roaming and a new defensive midfielder holding, and next season may well be special. And then there will only be his dancing and haircuts for you to get annoyed about.

Ander Herrera
Manchester United’s captain elect, whenever Wayne Rooney is shuffled out of a side door. There are those who still believe foreign players cannot truly understand the identity of an English club, nor fully embrace our football culture. The rest of us point at Ander Herrera while calling them silly sods.

On Wednesday evening, after United had won their Europa League final, it was Herrera sent out to face the media. What followed was an eloquent, sensitive message spoken in a second language. If there was any doubt about Herrera being the right choice to lead this team, it has now evaporated.

The new forward
“Ed Woodward has my list, what I want, what I would like for more than two months. So now it’s up to him and the owners. But I don’t care about football for now.” Mourinho’s parting words before walking off into the summer sun – still raising three fingers up to passers-by – put the ball firmly in the court of Manchester United’s hierarchy.

It is no secret that Mourinho wants at least one forward this summer, a big name to stroke the club’s ego and strike fear into their Premier League peers. Antoine Griezmann is the likeliest option, but Zlatan Ibrahimovic’s injury creates the possibility of a new No. 9 as well as Griezmann playing off the shoulder.

Henrikh Mkhitaryan
When scouring United’s squad list for the final entrant on this list, it became clear there are plenty of attacking players within Mourinho’s squad who may have uncertain summers. Jesse Lingard, Juan Mata, Anthony Martial, Henrikh Mkhitaryan and even Marcus Rashford will be keeping a close eye on the club’s transfer activity and wondering where they fit into United’s 2017/18 first-team plans.

Of that group, it’s surely Mkhitaryan that Mourinho is most likely to build around. He has struggled with Martial, Lingard is happy as a squad player and Rashford is one for the future, but Mkhitaryan is Mourinho’s man. The Armenian endured a stop-start Premier League season but was the stand-out player of United’s Europa League campaign. With a full pre-season and lack of niggling injuries, we could see the footballer that excited us at Borussia Dortmund.