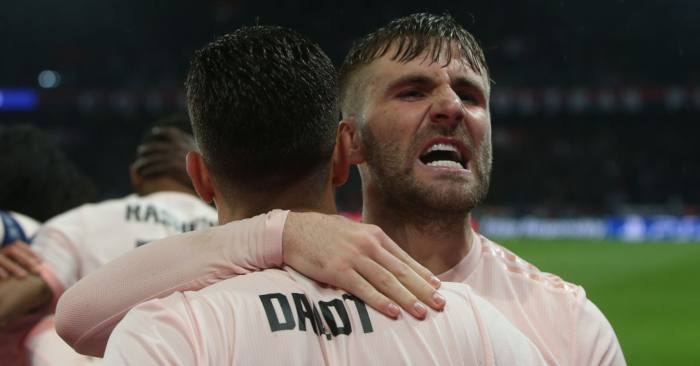 Marcus Rashford
“Alexis hasn’t done particularly well but they don’t need a new centre-forward if Martial and Rashford can step up. Rashford in particular,” said Gary Neville last week. Neville freely admits he ‘loves’ Rashford, which is one of many things he has in common with most of his fellow Manchester United fans. When things are going badly – and they have gone really very badly this season – then ‘at least we’ve got Rashford’ offers tiny crumbs of comfort. He is one of their own among the mercenaries, the has-beens and the never-weres. And six goals in Ole Gunnar Solskjaer’s first eight Premier League games offered hope that he is something more than a very nice idea, though his detractors would point out that ten Premier League goals is hardly an Mbappe-esque return.

And yet Rashford is stalling on a Manchester United contract as interest from other clubs persist. But if the man wants over £200,000 a week, then surely just give the man over £200,000 a week and tell him that he will lead the line next season. Show some faith. The alternative is to risk losing him to a club and a manager who will turn potential into something more tangible. And please remember that he is still only 21; he is supposed to be immature and inconsistent.

Next season we need to get back to how @ManUtd play, for me that's most important. We need to find that willingness and respond the right way ✊🏾 pic.twitter.com/ygs9lLIh5D

Luke Shaw
Winning the club’s Player of the Year award might have made Shaw no more than the shiniest of turds, but it does underline that this was his finest season in a Manchester United shirt since his arrival five years ago. Several times it seemed like his career was over before it ever really begun – first through injury and then through disdain from his manager – but Shaw has almost completed a season in which he has been almost always good. And right now, that makes him a precious asset.

Manchester United might need a back-up left-back (Ashley Young, Diogo Dalot and Marcos Rojo filled in with varying degrees of success last season) but what they do not need is a first-choice left-back; Shaw is now 23 and is surely only months from losing all his puppy fat.

Victor Lindelof
“He has picked me and now I have rhythm. I have been waiting for this,” said Victor Lindelof in early March after Solskjaer had made it clear that he was going to build his defence around the Swede, who has sometimes looked like the only man in the back line who might possibly be vaguely capable of organising a defence. The key word there is ‘man’, with Lindelof offering a reminder that we should never judge young players by their price tag. Especially centre-halves. Sometimes they simply need to get older and wiser.

Huddersfield equalise. Only United player trying to gee up teammates is Lindelof, while senior figures like Young/Pogba stand there doing nothing. [Sky]

The attitude in this team stinks. Was very telling that only five players went to the away end at FT. pic.twitter.com/QTsIPdcRhf

United still need a centre-half, but they now need a centre-half to partner Lindelof, with Chris Smalling ideally kept in reserve. There are those who think he was robbed of the Player of the Year trophy, a scenario few would have foreseen in February when the MEN described his performance against West Ham thus: ‘All over the place again and only starting matches by default. Yarmolenko’s effort looped in off Lindelof, who is overdue a demotion.’

Diogo Dalot
He might not be ready to be Manchester United’s first-choice right-back – it’s clear they need to buy one of those after a season which has seen Young, Dalot, Antonio Valencia, Matteo Darmian and even Lindelof and Eric Bailly take turns to play that position – but Dalot should certainly be first reserve, with Young never picked again. Dalot has the twin advantages of youth and versatility and there’s no reason why an injury-free season should not reap 25 Premier League starts for the 20-year-old next season.

There have been glimpses of a £19m player in wins over Fulham and Young Boys, while his performance against Barcelona at Old Trafford only served to highlight why he is United’s future while Young is the past. There has been persistent talk that United will resist a bid for Aaron Wan-Bissaka – and go for the older, cheaper option of Thomas Meunier – to protect Dalot’s place.

Mason Greenwood
When Manchester United really were terrible against Cardiff, the only ray of hope was the performance of Mason Greenwood. He was energetic, dangerous and played with a hunger sadly lacking in many of his teammates. “Today with some confidence on the pitch you normally win that game and the most confident boy was Mason,” said Solskjaer, picking out the one player who had not been infected by the malaise that had set in at the club over the final two months of the season.

The one advantage to United being in the Europa League next season should be the chance to give Greenwood a little more time than the 118 minutes he was afforded this season. Solskjaer says he “was made for Manchester United” so the challenge is now on to ensure they nurture him and his talent. It’s certainly a better plan than waiting for the new Alexis Sanchez to magically become the old Alexis Sanchez again.