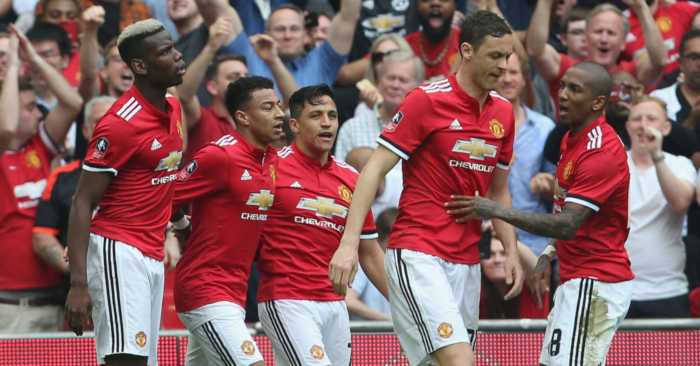 Funnily enough, the players on this list are actually worse…

Alexis Sanchez
Not since Winston Bogarde has a free transfer been less appropriately named. And he earned £8.32m over four years of a £40,000-a-week contract with Chelsea; Alexis Sanchez picks that up as a basic wage in around four months at Manchester United, notwithstanding his £75,000 fee for each start, £75,000 goal bonus and £25,000 assist incentive.

In bonuses alone, the Chilean has cost United £2.87m. Which neatly sums up how utterly terrible he has been, but also how ridiculous his terms are. There were certainly cheaper ways for Ed Woodward to overcome his mid-life crisis: a fleet of Ferraris or a small island, perhaps?

It has been a disaster. An unmitigated, unconditional, unequivocal disaster. The numbers are as stark as the performances, and no less damning. And there is no reason for this to be a continued experiment, considering the sheer damage it has already wreaked upon United’s bank balance, reputation and squad harmony.

Paul Pogba
Manchester United’s leading goalscorer, assist provider, shot taker, dribble maker, chance creator and pass purveyor is, most regrettably of all, their lightning rod. As the squad, the entirety of which has underperformed to varying degrees, engaged with supporters after the 2-0 home defeat to Cardiff, Pogba was its sole target. “You’re f***ing sh*te, mate,” screamed one. “F*** off. Pack your bags and f*** off.”

At this stage, you would hardly blame him. Pogba has been far from a shining example this season, yet precious few 26 year olds would be in a dressing room full of trophy-laden experience. But there was no such aggressive recrimination for Ashley Young, Nemanja Matic, Marcus Rashford or any of the other players hiding behind Pogba’s shadow. They happily signed autographs and issued mea culpas while United’s first outfield PFA Team of the Year member since 2013 was admonished.

Pogba should be ditched for his own good as much as United’s. Perhaps he can’t be arsed with being called a “weak human being” or “a big problem” by Roy Keane, nor “selfish” by Graeme Souness, on the proviso that he doesn’t put enough effort in – no United player has covered more distance this season. But while he remains at the club, their on-pitch issues will be obfuscated by the blind hatred he will continue to endure.

Ashley Young
It was described as ‘a ridiculous decision’ to bequeath upon Ashley Young a £110,000-a-week, three-year deal in 2015 when compiling this list in 2017. Since then, he has played one full season each as first-choice right and left-back, served as the club’s captain, attempted a Cruyff Turn in the Nou Camp and been afforded yet another extension on his contract.

There has been no greater beneficiary of United’s endemic lack of ruthlessness over the last six years. Young joined as an above average winger at the age of 25, started 91 of a possible 228 Premier League games from 2011/12 to 2016/17, then was unfathomably promoted to become their regular full-back and dressing-room leader well into his 30s. Loyalty to a perennially sinking ship has never been more lucrative, particularly considering how many mutinies have now taken place under different leaders during his time as captain of the Old Trafford crew.

Phil Jones
The most striking thing is that it’s not even particularly funny anymore. The mistakes are shrugged at and the gurns still elicit a smirk, but more out of habit than anything. There comes a point when comedy is replaced by sympathy, and that is the worst possible emotion for a Manchester United defender to evoke.

Phil Jones has been understudy to Rio Ferdinand and Nemanja Vidic, apprentice to Jonny Evans, Chris Smalling, Daley Blind, Eric Bailly and Victor Lindelof and master to Marcos Rojo, Paddy McNair and Tyler Blackett. He signed a five-year contract under Sir Alex Ferguson, and four-year deals with both Louis van Gaal and Ole Gunnar Solskjaer. Yet he has failed to develop, to adapt, to evolve, to improve since he joined in 2011. United have made centre-half their transfer priority this summer for a reason.

Nemanja Matic
Not to point the finger at Nemanja Matic as the common denominator of two imploding elite clubs, but the midfielder who escaped Chelsea censure due to their three rats in 2015 has similarly avoided opprobrium at United as there are others supposedly more deserving of criticism in 2019. But if the 30-year-old, two-time Premier League winner cannot be held to account, who truly can?

It took the player himself to admit he “was the biggest problem” in the 4-0 defeat to Everton in April, during which Idrissa Gueye was the energetic child to Matic’s ragged babysitter. It is becoming difficult to recall the last time the Serb was truly effective in any game, having now been overtaken by Scott McTominay in the midfield pecking order.

If Solskjaer is to be given the time to impose himself on this squad and focus on increased fitness and dynamism, there should be no place for an ageing midfielder whose game has been defined by lethargy over the last 12 months.