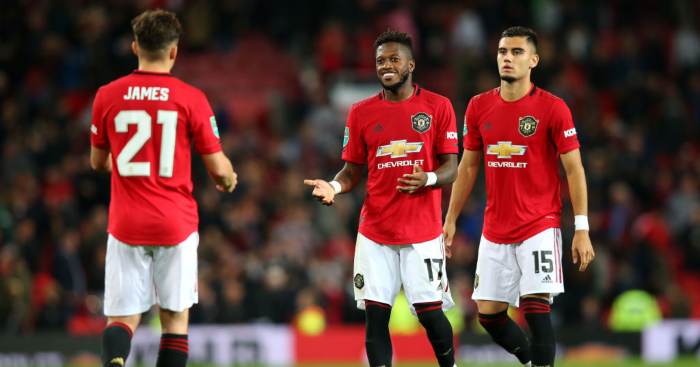 Manchester United could owe as much as £74.3m in add-ons for recent signings although they hope to pay it all off using one deal, according to a report.

The Times says Harry Maguire, Fred, Diogo Dalot, Aaron Wan-Bissaka and Daniel James are among the players United have recently signed with add-ons included in their deals.

This apparently brings the Old Trafford club’s bill as high as £74.3m in that respect, although the report does go on to explain that United expect they can pay most of that off from the sale of Romelu Lukaku to Inter Milan alone.

The report adds that is the ‘maximum potentially due to other clubs for add-ons’ but that the figure has increased substantially from £44.6m in June 2017.

Maguire, Wan-Bissaka and James have all settled into life at Old Trafford well and would appear to represent good value for money so far, but Fred and Dalot have not made much of an impact at all since arriving at the club.

Meanwhile, Roy Keane has explained why he thinks Ole Gunnar Solskjaer is doing a “brilliant” job at Old Trafford.