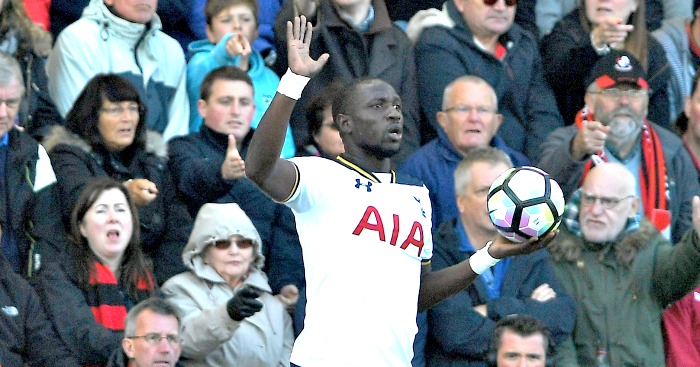 Moussa Sissoko
Newcastle fans must be feeling awfully smug with the Premier League season now more than a third of the way through. The Toon might not have been invited to the top-tier party this campaign, but they are thriving in the Championship. Not only that, but a pair of their oft-told prophecies have come to pass.

While it took some time for Alan Pardew’s predicted demise at Crystal Palace to be realised, the transition from club-record signing to £30million mistake has been almost instant for Moussa Sissoko. Newcastle fans warned that his Euro 2016 performances were the exception, not the rule. Yet their impassioned cries were drowned out as the Frenchman was finally granted his Champions League wish.

It really, really has not worked out so well thus far. The 27-year-old has yet to score or assist a single goal, started just one of Tottenham’s games in Europe before their group-stage exit, and has barely even whelmed at White Hart Lane. Newcastle, on the other hand, are on course for a swift Premier League return.

Christian Benteke
The equivalent to the unwanted, cumbersome chair left in the corner by the previous tenant – if said chair was Belgian, worth £32.5million and could head a football rather well. Brendan Rodgers struggled to integrate Christian Benteke into his Liverpool side after signing him in the summer of 2015; Jurgen Klopp had no intention of even trying to do so. The forward did not fit his preferred system, and that was that.

The 25-year-old, to his credit, persevered in the face of adversity. He managed to make 29 appearances for the Reds last season – albeit just 14 of those came as starts, of which only nine were under Klopp. Crucial goals against Leicester, Sunderland and Crystal Palace helped maintain his reputation as a fearsome lone striker. But even though he has scored five goals in 11 games since moving to Palace, Liverpool can hardly regret his summer sale. They recouped £27m of their initial outlay, and now boast a forward line most sides in Europe would envy.

Philipp Wollscheid
Since joining Stoke in 2007, Ryan Shawcross has experienced more central defensive partners than a Tony Pulis daydream. The Potters have paired the 29-year-old with 17 different players, ranging from Abdoulaye Faye to Robert Huth to current incumbent Bruno Martins Indi. But for 18 months from January 2015, Philipp Wollscheid would make the spot his own. The German was a first-team regular during the 2015/16 season, but was loaned out to Bundesliga side Wolfsburg at the start of this campaign. He played 45 of a possible 59 Premier League games before his departure, and yet he can hardly claim to have been missed; Stoke are just one point behind ninth place, which makes Mark Hughes feel special feelings.

When Tottenham signed the Kenyan for £11m this summer, it always felt as though Southampton were fighting a losing battle to replace a player of such stature in their midfield. But the combined efforts of Pierre-Emile Hojbjerg, Oriol Romeu, Steven Davis and Jordy Clasie – and now 19-year-old academy graduate Josh Sims – have helped not only provide a viable substitute for Wanyama, but improve upon him.

Martin Skrtel
For those who continue to claim Liverpool’s defence is weak, just remember that Kolo Toure, Emre Can and Lucas Leiva started a combined 15 Premier League games in central defence last season. If that is not enough, consider that striker Steven Caulker was back-up. And if you remain unconvinced that the Reds current backline is much-improved, it is time to honour the great Martin Skrtel.

The Slovakian became something of a cult hero after joining the club in January 2008. He was Liverpool’s answer to Nemanja Vidic, if Nemanja Vidic had lost the majority of his defensive powers in a freak accident and had a fetish for own goals. He had his moments – the partnership he formed with Daniel Agger was lovely at times – but few at Anfield shed a tear upon his exit for Fenerbahce in the summer. Those who did feel sadness at the 31-year-old’s departure felt that quickly turn to astonishment as they realised he somehow managed to make 22 Premier League appearances last season. It remains hilarious that Liverpool sold him for £5.5m and signed Joel bloody Matip on a free.