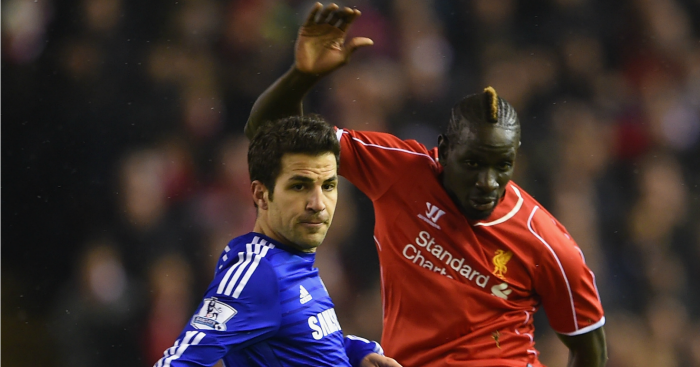 Despite all the activity on deadline day, all the desperation, all the panic, clubs still couldn’t move on these players…

Bastian Schweinsteiger (Manchester United)
Considering he has been exiled at Manchester United by Jose Mourinho, Schweinsteiger didn’t spend deadline day worrying about his future. Rather than spend his evening watching Jim White frantically try to explain why Moussa Sissoko had jilted Everton, Schweinsteiger soaked up the adulation from thousands of Germany supporters as he made his 121st and final appearance for Die Mannschaft in a 2-0 victory over Finland.

Mourinho has made it clear the 32-year-old has no future at Old Trafford, but the former Bayern Munich stalwart rejected a move to Sporting Lisbon and is firmly digging his heels in at United.

“I don’t have a problem with Jose Mourinho. We had a good exchange, he explained his standpoint to me. I know what Manchester United want. But I also know what I want,” Schweinsteiger said earlier this week.

Bastian Schweinsteiger is celebrated by his teammates after his last match for #Germany
?: @LarsBaron1975 pic.twitter.com/cHl4lmfCPf

Mamadou Sakho (Liverpool)
It’s been a turbulent four months to say the least for Sakho. Accused and then cleared of a doping offence, the defender missed the Europa League final and the chance to represent France at Euro 2016, before picking up an Achilles injury at the start of July which would rule him out of the start of the season. Sakho was then sent home from Liverpool’s pre-season tour of America due to what Jurgen Klopp described as a lack of “respect” with some poor timekeeping.

What goes on tour stays on tour, as they say, but for Klopp to then tell the the 26-year-old he would have to leave the club if he had any ambitions of playing first-team football seems extreme if this is purely to do with timekeeping. This is a manager who has kept faith with Alberto Moreno, remember.

Stoke, West Brom and Besiktas were all rejected by the France international on the final day of the transfer window. Klopp is now having to face up to life with Sakho as his sixth-choice centre-back behind Dejan Lovren, Joel Matip, Ragnar Klavan, Lucas Leiva and Joe Gomez. It doesn’t make sense for any of the parties involved.

Yaya Sanogo (Arsenal)
All those months Arsenal supporters were imploring Arsene Wenger to sign a new striker, all those angry tweets, Facebook posts, rants on ArsenalFanTV… Wenger may keep his cards close to his chest, but nobody would have predicted the Frenchman had kept this joker up his sleeve.

Arsenal were named one of our winners of the transfer window, but Tomas Rosicky, Mikel Arteta, Mathieu Flamini, Wojciech Szczesny, Jack Wilshere, Joel Campbell and Calum Chambers are among the players allowed to leave the club this summer, while Sanogo remains.

That’s one goal in 20 appearances for Arsenal, Sanogo. One goal for Crystal Palace, Sanogo. No goals at Ajax, Sanogo. Relegated from the Championship with Charton, Sanogo.

What’s more, the Gunners actually received an offer on deadline day for the 23-year-old, who last played in a competitive match for the club in 2014. Leeds United, playing up to their reputation as the most ludicrous club in England under Massimo Cellino, actually tried to sign the striker. And Wenger blocked the move.

Yaya Sanogo’s unforgettable loan spell at Ajax. It’s a shame it had to come to an end. pic.twitter.com/y9xZID4vcC

Oumar Niasse (Everton)
“If he likes to play football then he needs to leave Everton,” said Ronald Koeman, when discussing the fourth most expensive player in the club’s history. The message was as clear as it was brutal.

However, in keeping with a day which went a long way to making the Toffees one of our losers of the summer transfer window, Niasse remains at Goodison Park, yet to be given a squad number.

Former club Lokamotiv Moscow were linked with a move for the 26-year-old alongside Spartak Moscow. But with Enner Valencia the only arrival to compete with Romelu Lukaku, Niasse might suddenly fancy his chances of getting a game at Everton this season.

Oumar Niasse is currently stood perfectly still on Crosby beach pretending to be one of those statues. #EFC

Cesc Fabregas (Chelsea)
The fact Real Madrid, Barcelona, Juventus and AC Milan were all credited with an interest is indicative of the quality Fabregas possesses. And yet the former Arsenal man has stagnated to such an extent over the last 12 months that Chelsea were prepared to allow the Spaniard to leave Stamford Bridge on loan.

This is a Chelsea squad which without Fabregas would list N’Golo Kante, Nemanja Matic, John Obi Mikel, Ruben Loftus-Cheek and Nathaniel Chalobah as its only recognised central midfielders. A group of players which last season contributed a combined total of seven Premier League assists. Fabregas, in what was one of the poorest seasons of his career, matched that total alone.

Antonio Conte obviously deems the 29-year-old expendable, but the Italian will now have to hand Fabregas more than the 12 minutes of Premier League football he has been granted so far this term.