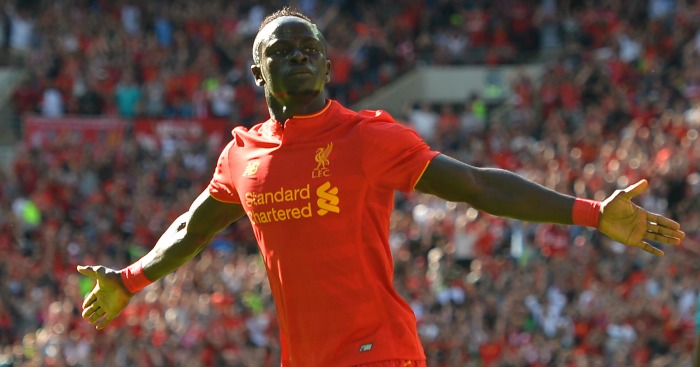 N’Golo Kante (Leicester City)
There are many reasons for Leicester’s Premier League decline this season, from struggling summer signings to a general mood of contentment washing across the squad. Yet at the top of the list, the name ‘N’Golo Kante’ is written in capital letters, and then underlined in red pen.

Rather than being sorry to have lost Kante, Leicester should probably be thankful to have ever loved him at all. Yet that doesn’t fill the hole that one of the best central midfielders in Europe last season has left. Kante could follow Mark Schwarzer and become the second player to win consecutive Premier League titles with different clubs. One of them offered a little more assistance than the other.

Sadio Mane (Southampton)
Below is a list of where Sadio Mane ranks according to various Southampton Premier League statistics going back to the start of last season, almost five months after he left the club:
Goals: =1st
Shots on target: 1st
Chances created: 3rd
Assists: =2nd
Dribbles completed: 1st

Nathan Redmond makes us feel happier about the future from an England perspective, but there is no doubt that he alone cannot replace Mane’s directness and goalscoring ability. As so often over the last three years, Southampton’s loss is Liverpool’s gain.

John Stones (Everton)
Ronald Koeman has improved Everton’s defence significantly from the days of Roberto Martinez’s freelove on the freelove freeway. Koeman’s team have conceded one goal or less in ten of their 12 league matches (83%), a record only Tottenham and Manchester City can match. Last season that percentage was 58%.

Still, Koeman’s improvements could have been even greater had John Stones not secured his move to Manchester City. Having overseen wonderful seasons for Jose Fonte, Toby Alderweireld and Virgil van Dijk, improving each central defender, the Dutchman would have fancied his chances of doing the same with Stones. Unfortunately, money can buy you Stones and love, as we found out when we went through my great uncle’s financial affairs.

Ashley Williams (Swansea City)
The glue that stuck Swansea’s defence together. I managed to bore almost every Football365 reader with my tedious Ashley Williams league minutes statistic, but here goes again. On March 8 (when I last bothered to calculate it), Williams has played 28,252 of Swansea’s 28,980 league minutes since promotion from League One in 2008.

Simply removing that permanent presence was likely to upset Swansea’s defence, but Williams was also comfortably their most capable defender. The most goals Swansea have conceded in a league season since reaching the top flight is 54 in 2013/14. This season, they are on course to concede 69.

James Tomkins (West Ham)
You only need to look at the number of different players West Ham have tried in central defence this season to realise selling Tomkins was a mistake: Winston Reid, Angelo Ogbonna, James Collins, Cheikhou Kouyate, Havard Nordveit, Reece Burke, Reece Oxford. Slaven Bilic’s team have looked rusty when defending their own goal, and Tomkins had started 20 or more games in the previous three league seasons.

What’s more, West Ham sold to a London rival for a £12m fee that hardly took them laughing all the way to the bank. Tomkins had been at the club since the age of ten, was a local lad and the club’s second longest-serving player. Still, at least West Ham bought a glut of attacking players, none of whom are reliable enough to create chances or score goals.