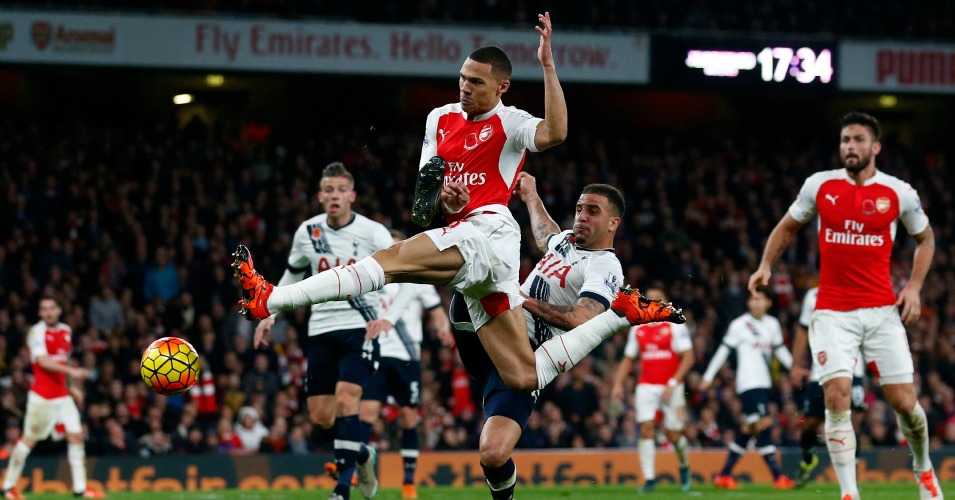 Ashley Young (Manchester United)
Remaining on the bench when your team needs a goal is never a great look for a senior player. Seeing Nick Powell come on might transform frustration into anger.

Young has had a strange, haphazard season so far. He has started a third of United’s league games, only doing so in consecutive matches for the first time in November. He was promptly relegated back to the bench against West Ham.

Having hauled United into the Champions League last season, Young is back to being the forgotten attacking midfielder. Between December 2014 and the end of last season, only three United players played more league minutes. This season, 11 have.

Kieran Gibbs (Arsenal)
As Gibbs chewed on his Christmas turkey last year, he must have mused that life was good. The following day Arsenal would win their home game against QPR, his 13th league start of the season after a hamstring injury.

It hasn’t gone that well since. Having injured his ankle on January 1, the form of Nacho Monreal firmly left Gibbs as Arsene Wenger’s second-choice left back. Having overtaken his team mate, Monreal has since sprinted off into the distance.

After 1,658 league minutes last season, Gibbs has been afforded 116 since.

Joe Allen (Liverpool)
When Jurgen Klopp was appointed as Liverpool manager, we wrote a top five of players who could flourish under Brendan Rodgers’ replacement. Allen must have shed a little tear.

Rarely has a player in the Premier League had such an undeniable affiliation with a manager. Allen was not just a Rodgers signing, he was his best friend, lucky mascot, teacher’s pet and pen pal. The assumption that Allen has always been a Liverpool outcast simply isn’t true. Last season, he started 16 league games and played almost 1,500 league minutes.

Without his mentor and guide, Allen is struggling to stay afloat. Before last weekend, he had played 20 minutes of league football this season, and that’s with Jordan Henderson injured. His 90 minutes against Newcastle will do little to persuade Klopp that he is deserving of faith or patience.

Diego Costa (Chelsea)
Given his wonderful start at Chelsea, Costa’s fall from grace is one of the stories of this Premier League year. It began with a series of niggling muscle injuries, continued with high-profile suspensions and ended with a worrying goal drought. Being dropped by Jose Mourinho is the cherry on top of a foul-tasting cake.

With rumours surfacing of Chelsea looking at other striking options in January, it’s already difficult to see how Costa regains the full faith of his manager and the club’s support. A list of the teams against whom the Spaniard has scored since mid-January: Southampton, Hull, Sunderland, West Brom, Maccabi Tel-Aviv, Aston Villa, Norwich.

Steven Naismith (Everton)
If you’d have told Naismith in July that Everton would be eight points off second place in December and that he would score a hat-trick against champions Chelsea, he’d have a) snapped your hand off and b) asked how you had an ability to predict such weirdly specific footballing occurrences.

Yet Naismith’s season has been far from a success. The form of Romelu Lukaku, Gerard Delulofeu and Ross Barkley has left one position free in Roberto Martinez’s front four. Arouna Kone currently has that spot tied down, even Naismith’s treble equalled by the Ivorian’s haul against Sunderland.