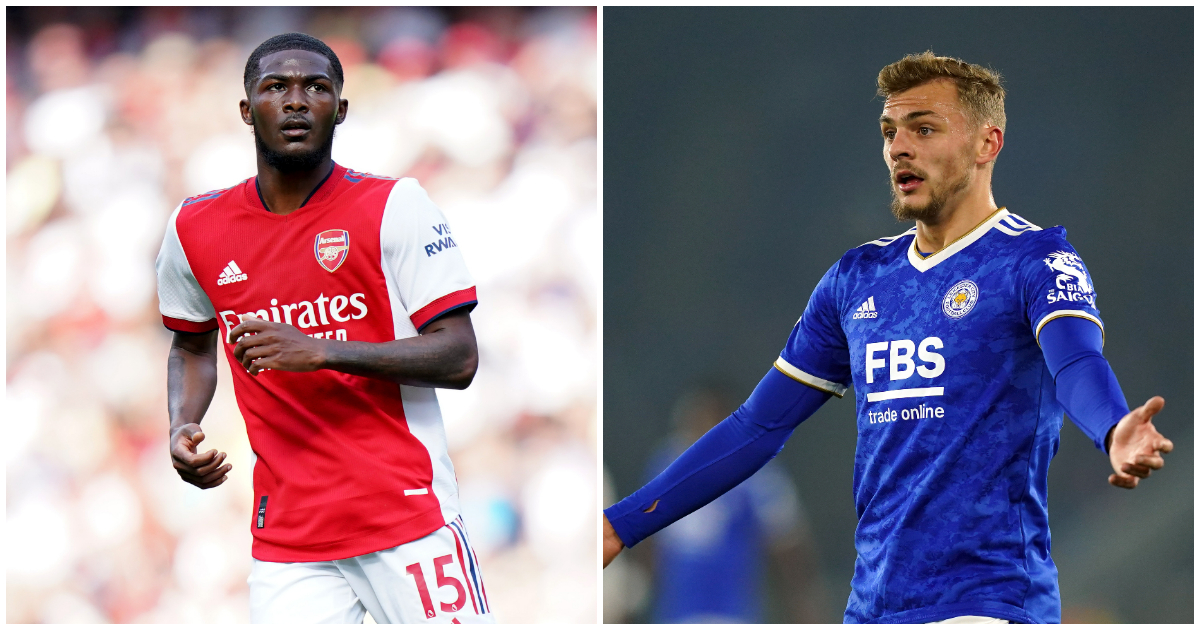 The Africa Cup of Nations is fast approaching, which means teams in the Premier League and across the world will be preparing for life without some of their players mid-season. While some will feel the anguish of missing a star, it presents an opportunity for someone on the periphery of a squad to thrive and stake a claim for a permanent starting place.

We pick out five Prem players who have a chance to impress in January.

Ainsley Maitland-Niles (Arsenal)
The Gunners are already relatively slim in midfield and will be down to the bare bones in January when Thomas Partey (Ghana) and Mohamed Elneny (Egypt) depart London Colney to partake in AFCON. Other than Partey and Elneny, Mikel Arteta has Maitland-Niles, Albert Sambi Lokonga and Granit Xhaka – who is currently injured and expected to return in January – at his disposal.

This could be a point of concern for the Spanish manager, who will perhaps delve into the transfer market to bolster the centre of midfield. On the other hand, a one-month deal for Jack Wilshere, who has been training with Arsenal and helping out with the Under-21s for a few months now, could be tempting.

What is clear, though, is that Arteta will definitely look to Maitland-Niles when selecting his team next month. The versatile five-cap England man has only started two Premier League matches this season: a win over Norwich before another 1-0 victory against Watford in which he was named man of the match. The 24-year-old played next to Lokonga in both encounters, which bodes well for Arteta.

Maitland-Niles was not subtle about his desire to leave the Emirates in the summer, and after clear-the-air talks with Arteta, is settling down as a centre-midfield option after years of playing full-back, wing-back or not at all. January could be the biggest month in his club career so far and if he performs consistently and shows everyone why he is so eager to play in the middle, he could make it very difficult for Arteta to drop him when Partey returns.

It is not clear just yet when players will leave to join up with their national teams. Reports suggest players will depart on December 27 at the earliest, or perhaps as late as January 3. The group stage ends on January 20, and the final will be played on February 6 in Yaounde, the capital of Cameroon. Assuming Partey and co. leave on the 27th, they will definitely miss three Premier League encounters, with the potential for a further two. It is a stuffed fixture list – players could also miss two rounds of the FA Cup and a potential League Cup semi-final, which of course has two legs.

Divock Origi (Liverpool)
Origi was signed by Liverpool from Lille in 2014 and started in Jurgen Klopp’s first game in charge – a 0-0 draw at Tottenham. His game time has slowly declined season by season, with Klopp only seeming to use the Belgian striker if he really has to. Takumi Minamino was another Liverpool option for this list, but he has been playing more often with Roberto Firmino out injured; with the absence of Mohamed Salah (Egypt) and Sadio Mane (Senegal), however, it could be time for the German to turn to Origi who, in fairness, has scored some pretty massive goals for his manager during his time at Anfield.

So far this season Origi has played nine matches, scoring four goals and assisting one. Three of his appearances have come in the Premier League, but he has only been on the pitch for 38 minutes in total. He has definitely made the most of his minutes so far, however. The ex-Lille striker scored in a loss to West Ham as well as a huge last-gasp winner in Saturday’s 1-0 victory at Wolves. Origi is a fairly reliable player, so Klopp won’t exactly be hesitant to use him, but he clearly does not hold a candle to Mane or Salah. January is a massive month for the Belgium international, especially with both Egypt and Senegal fancied to go far in the continental competition.

Liverpool will hope Origi puts in some big performances when he plays, and if he does, his transfer value could rise if the Merseyside club choose to offload him next summer. Klopp and his players face Chelsea away on January 2, so the ex-Borussia Dortmund boss will be hoping his star forwards are available before having to utilise the likes of Origi and Minamino. The return of Harvey Elliott will be a huge boost, whenever that may be.

Kepa Arrizabalaga (Chelsea)
The world’s most expensive goalkeeper is now the No 2 at Chelsea after being replaced by Edouard Mendy following some very questionable performances under Maurizio Sarri and Frank Lampard. Mendy has nailed down his place in between the sticks at Stamford Bridge due to his incredible level of consistency and, of course, top drawer performances.

The 29-year-old will represent Senegal at AFCON, however, granting Kepa the opportunity to reclaim the No 1 shirt. It is unlikely that he will re-emerge as the long-term first-choice under Thomas Tuchel, but he could remain in goal if he is performing well and not doing, well, Kepa things. Marcos Alonso started the season on the left flank after Ben Chilwell returned late after Euro 2020, and the Englishman was restricted to Carabao Cup appearances until he eventually weaved his way back into Tuchel’s starting XI in October.

Kepa will have to perform as well as his compatriot did if he is to keep Mendy at bay. If he does well, even without maintaining the No 1 shirt, his stock will rise and could have the opportunity to depart Chelsea and become first-choice elsewhere, which he really should be aiming to do at the age of 27, as opposed to rotting on the bench during his prime years.

Kiernan Dewsbury-Hall (Leicester)
In a very similar situation to Maitland-Niles, Dewsbury-Hall will be available to his manager with two players in his position departing for AFCON. Nampalys Mendy (Senegal) and Wilfred Ndidi (Nigeria) are both off, representing strong teams, so the 23-year-old midfielder will need to step up. Another Foxes midfielder who will likely be called upon is Hamza Choudhury, whose minutes have been a lot more scarce than Dewsbury-Hall’s.

Choudhury has been in the Leicester first team far longer than Dewsbury-Hall, even captaining the side against Brighton in the Carabao Cup, but he is not favoured by Brendan Rodgers when choosing his Europa League or Premier League starting XI or when it’s time to bring someone off the bench. Dewsbury-Hall has played more than double the minutes of Choudhury this term and has featured in Leicester’s last four league games. The 23-year-old academy graduate was a “catalyst” for his team against Southampton on Wednesday after coming on at half-time of the 2-2 draw. Rodgers rates him very highly.

The Foxes’ January schedule is not too gruelling, which could make it even more difficult for Rodgers to drop whoever comes in for his absent African midfielders. Matches against Norwich (h), Burnley (a) and Brighton (h) gives Dewsbury-Hall a terrific opportunity to stake a claim in midfield. He will likely start next to Boubakary Soumare, who has been operating next to Ndidi. The Nigerian midfielder’s influence will be dearly missed. The 24-year-old has been very impressive in recent seasons and will be hard to replace next month.

Matej Vydra (Burnley)
Burnley’s joint most-used substitute this term, Vydra has been brought off the bench nine times in this Premier League season and has scored one goal: an equaliser against Chelsea at Stamford Bridge. We chose Vydra over Jay Rodriguez – who also has nine substitute appearances – because he has made more starts than his teammate this campaign, indicating that he is slightly ahead in Sean Dyche’s striker pecking order.

Maxwel Cornet’s summer arrival has unexpectedly made it more difficult for Vydra to get on the pitch. The Ivory Coast star soon became Burnley’s most eye-catching player when he joined the Clarets in August. He signed from Lyon after being predominantly used as a left-back, but has been playing up front alongside Chris Wood in a throwback little and large strikeforce at Turf Moor. Cornet will likely go to AFCON, however, creating an opportunity for Vydra to show his manager that Cornet should play wide while he deserves a central spot.

Ivory Coast are another solid candidate to lift the trophy in February, but there are definitely stronger teams in the tournament. Cornet will be competing with Nicolas Pepe and Wilfried Zaha if he wants to start in an attacking position for his country, but could always be used at left-back, which is what Vydra would certainly prefer.