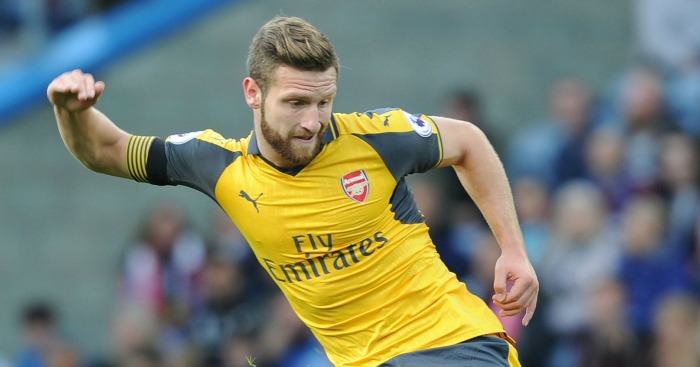 Every player on this list joined their new club this summer, and have won over the fans despite being overshadowed by at least one other new signing.

Shkodran Mustafi
When Arsene Wenger saw fit to part with more than £30million in order to sign Shkodran Mustafi, it felt as though a torch had been passed. For five years, the Arsenal faithful had sang gleefully of their ‘Big F***ing German’, but Per Mertesacker was no longer of the requisite standard for a Premier League title challenge. His compatriot, a smaller but younger and better model, has proven a more than capable successor.

Mustafi was arguably the third-most discussed Arsenal signing in the summer. Granit Xhaka was the man who would provide long-awaited steel to the midfield, while Lucas Perez was the forward who could challenge Olivier Giroud for a starting place. How times change. Mustafi arrived to less fanfare than his new teammates, but it is he who has established himself as the bonafide first teamer.

The numbers are ever so impressive. The 24-year-old makes the most tackles (four) and clearances (6.5) per game of any Arsenal player. Only Nacho Monreal completes more interceptions (3.3); only Santi Cazorla makes more passes (68.5). Arsenal played three games before he joined in August, winning one, drawing one and losing one. They scored six goals, but conceded five. With him in the side, they have played six games in the Premier and Champions League, winning five, drawing one, scoring 13 and conceding just three.

Idrissa Gueye
Hands up who thought Idrissa Gueye was capable of following in the hallowed footsteps of his namesake, Magaye? That’s right, absolutely no-one expected the midfielder to even come close to emulating an Everton club legend. ‘Magaye Serigne Falilou Dit Nelson Gueye’s on fire, your full-backs are terrified,’ Goodison Park sings to this day.

Gueye was not only asked to step out of the shadow of a current Adanaspor hero, however. Signed from relegated Aston Villa for just £7.1million in the summer, the 27-year-old was very much a tertiary arrival when compared to Yannick Bolasie (£25million) and Ashley Williams (loved by Daniel Storey). Yet Gueye has had the biggest impact by far. He has made 36 tackles so far this season – six more than any other Premier League player.

“If an opponent tries to talk to me during the game, really, I don’t give a f**k.”

And in one short interview, Joel Matip had completed his transformation into a Liverpool hero. For a number of reasons, the Cameroon international was a player overlooked by many when he arrived at Anfield this summer. For one, his signing had been announced earlier in the year. Secondly, it was believed by many that he would merely be competing with Mamadou Sakho for a first-team place. How times change. Third, Liverpool signed six players this summer for almost £70million combined. Sadio Mane set the pulses racing; the free transfer of a centre-half did not.

Adam Lallana has been Liverpool’s best player so far this season, but Matip is not far behind in that regard. The 25-year-old is excellent in the tackle, comfortable in possession, has guaranteed himself a place in many a future ‘Premier League free transfer XI’ piece and, frankly, if an opponent tries to talk to him during a game, he doesn’t give a f**k.

Eric Bailly
Jose Mourinho was careful in praising his first Manchester United signing back in June. The Portuguese unveiled Eric Bailly, an unheard of and inexperienced 22-year-old, as a £30million purchase. The manager used particular words to describe the centre-half – “raw”, “potential”, “nurture”, “develop”, “Eric”. The point was clear: Do not expect too much too soon.

He needn’t have worried. In a summer where United broke the world-record transfer fee for Paul Pogba, brought in a man the literal and figurative size of Zlatan Ibrahimovic and purchased the Bundesliga’s most-productive creator, Bailly has somehow emerged from those considerable shadows to become one of the club’s most important players. He is one of only two outfielders to play every minute of every Premier League game for United, and has proven himself a capable partner alongside either Daley Blind or Chris Smalling. He is perfect for Mourinho in every sense.

Also, who cannot instantly fall in love with this?

Victor Wanyama
When Ritchie Valens released ‘La Bamba’ in 1958, he did so safe in the knowledge that, one day, almost 50 years later, a train full of alcohol-fuelled Tottenham Hotspur fans would dedicate it to a central midfielder they had signed in the summer.

The new @VictorWanyama song on the way back from Middlesborough yesterday ? #COYS pic.twitter.com/MXKq9zz4Jg

There were reservations over whether Wanyama would even start in this Tottenham side when he joined from Southampton for £11million. Would Pochettino change the two-man midfield of Eric Dier and Mousa Dembele which was so effective last season? Was Wanyama back-up for the pair?

No chance. The Kenyan has been a revelation in the centre for the Premier League’s only remaining undefeated side. His defensive work has always been his strength, but he has even been a revelation going forward as a driving force from deep under Mauricio Pochettino this season. Tottenham have played nine games in the Premier and Champions League this season; Wanyama has played in eight of those. The only game he missed? The club’s sole defeat of the season so far, to Monaco.

He had spaghetti and it was very nice i enjoyed it. And now Tottenham are enjoying him being quite wonderful in midfield.