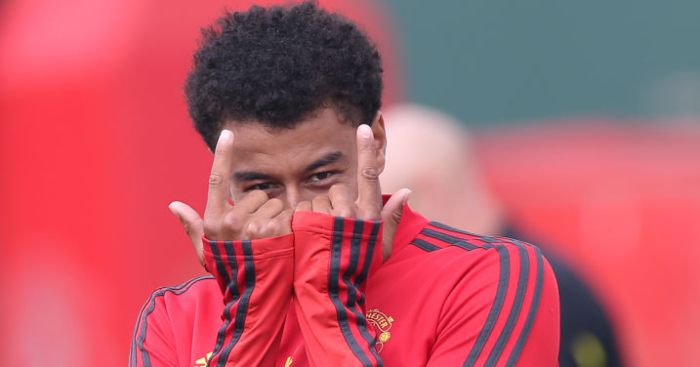 Project Restart has left some folk behind…

Jesse Lingard (Manchester United)
“He has come back after the lockdown with a smile on his face and loads of energy,” said Ole Gunnar Solskjaer, who has so far channelled that energy into 63 minutes of an FA Cup clash against Norwich that were rated at a generous 4/10. He has not even made it as far as a Premier League bench since their opening clash against Tottenham, and these days the benches (not benches) are massive.

There was simply no room for him in that Manchester United XI and now there is simply no room for him in a Manchester United XX. When Andreas Pereira is ahead of you in the pecking order, you are well-advised to step back from the pecking order and await a move to Everton that is so predictable we half-think it has already happened.

Mesut Ozil (Arsenal)
“He’s still in the same position as he was last week or two weeks ago. And we said that we would manage everything internally,” was Mikel Arteta’s curt reaction to the Mesut Ozil question he is currently being asked four times a week. When pushed further on what he meant by that, Arteta added: “That I have nothing to say.”

The official line is that Ozil is suffering from ‘back soreness’ but nobody is even pretending that is true anymore. The club would quite like to sell the German this summer to get his monstrous wages off their books but he has made it abundantly clear that he will remain at Arsenal for the remainder of his contract, so everyone has to put up with another 12 months of this painful impasse.

Why does Ozil look like he’s just been startled by a giant searchlight whilst trying to escape Arsenal pic.twitter.com/CXK3wZbpiZ

Xherdan Shaqiri (Liverpool)
Divock Origi, Dejan Lovren, Xherdan Shaqiri, Loris Karius, Harry Wilson and Marko Grujic are the six names most often cited as ‘unwanted’ and thus up for sale by Liverpool, but only Shaqiri has been left in the limbo of no loan spell and no appearances for Liverpool. At least he made it as far as the bench for Saturday’s 1-1 draw with Burnley, though Jurgen Klopp never looked likely to call on him for his own peculiar brand of magic.

Shaqiri has actually only started two Premier League games all season, logging fewer minutes than even the soon-to-be-departed Adam Lallana. But at least he has added yet another trophy to a massive collection before he presumably exits in the summer. Liverpool might need to re-think that reported £25m price tag, mind. Surely even Eddie Howe would not fall for that one…

Michy Batshuayi (Chelsea)
Michy Batshuayi, Marcos Alonso, Danny Drinkwater, Tiemoue Bakayoko, Kenedy and Emerson Palmieri are the six names most often cited as ‘unwanted’ and thus up for sale by Chelsea, but only Batshuayi has been left in the limbo of no loan spell and no appearances for Chelsea. Actually, scratch that, for Emerson also finds himself in the same curious limbo, though he was at least allowed a run-out in the FA Cup. Lucky Emerson.

It must be hard for the Belgian to escape the notion that this has been a wasted year. After finding himself playing second fiddle to Tammy Abraham, he was relegated to third fiddle after Olivier Giroud was belatedly welcomed back into the Chelsea fold. Four years after his arrival as the striker Antonio Conte never really wanted, it is surely time to start again elsewhere.

Ryan Sessegnon (Tottenham)
We hear that Barcelona are interested but we hear that Tottenham are not interested in any offers for Sessegnon, whether from Barcelona or Barnet. But Tottenham are equally uninterested in actually playing Sessegnon, who has not made it further than the bench during this mini-season. Sometimes he has not even made it as far as the bench, with Jose Mourinho claiming some peak Jose points by picking 18-year-old Dennis Cirkin ahead of him and then getting indignant when asked about Sessegnon:

“He’s working with us for a couple of weeks but I thought you’d ask me why Dennis Cirkin, 18 years old, is on the bench. It’s a very positive thing. I like Dennis very, very much, he works really hard. To have the opportunity of so many players on bench is very nice and for him to feel like he is an option, like Harvey White was on the bench against Manchester United and Skipp on the bench almost every match. I think it’s also important for the young guys.”

Presumably Sessegnon (20) no longer needs that kind of encouragement.