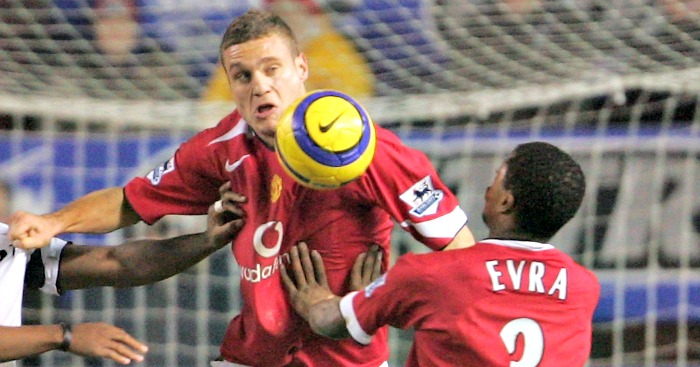 Last October, we published a list of five players whose ability to overcome dreadful Premier League starts could have inspired a struggling Memphis Depay. Thirteen months later, we bring you five more who took a little longer to settle than others when they arrived in the Premier League. Perhaps these cases can inspire another winger fighting for his Manchester United future…

Robert Pires
Once voted the sixth greatest ever player in Arsenal history, it is easy to forget just how uncharacteristically ordinary the first and final chapters of Robert Pires’ stay in north London were. The Frenchman’s spell at the club ended when he was offered as the sacrificial substitute just 18 minutes into the 2006 Champions League final, Jens Lehmann having been dismissed. It was the last time he would be seen in an Arsenal shirt; he joined Villarreal on a free transfer that summer.

It all began in rather nondescript circumstances for the club legend six years earlier. Arriving at the turn of the millennium from Marseille, much was expected of the man who had just helped France complete an international double of World Cup and European Championship victories. But the slight star from Ligue Un struggled initially, scoring just four goals and providing one assist in his first Premier League season.

Pires himself put the difficult transition down to the change in approach. “When I first arrived it was far too physical for me, very hard,” he said in 2004. “But I made an effort to adapt.” And adapt he did – those comments came just one month after he played an integral role in Arsenal’s Invincibles season.

Roberto Firmino
Will Football365 ever tire of recalling the time the Daily Telegraph ranked Roberto Firmino as the 11th worst signing of the 2015 summer transfer window? No, because it is hilarious.

Of course, it is easy to ridicule the claim in the delightful glare of 2016’s hindsight. Although it always seemed a harsh evaluation of a clearly talented player, it was slightly more forgivable (although still a little silly) back when Firmino first joined Liverpool.

It was Brendan Rodgers who sanctioned the £29million signing of the Brazilian from Hoffenheim, but it was difficult to see where the then-Liverpool manager saw the forward fitting in his side. Firmino started three of the first ten games of the 2015/16 Premier League season, and did not score until the memorable 4-1 victory over Manchester City in November. Twelve months later, and the only thing brighter than his teeth is his future at Anfield.

Nemanja Vidic and Patrice Evra
The story is oft-repeated. Manchester United made two signings in the winter transfer window of 2006, bringing in Nemanja Vidic from Spartak Moscow and Patrice Evra from Monaco. Both would strengthen a defence in dire need of reinforcements, but both arrived with no Premier League experience whatsoever. It was a risk, but the kind of risk Sir Alex Ferguson had built a reputation upon making.

One would have been forgiven for doubting the Scot’s eye for a transfer in the immediate aftermath of the double deal, however. Evra’s debut was mercifully brought to an end at half-time of a 3-1 Manchester derby defeat; Vidic’s Premier League bow came in a 4-3 loss at Blackburn, with David Bentley scoring a hat-trick.

The pair would overcome their early struggles to each win five Premier League titles, one Champions League, three League Cups, five Community Shields and a Club World Cup. And they both managed to endure time under the management of David Moyes.

Jimmy Floyd Hasselbaink is not remembered as one of the Premier League’s finest ever strikers often enough. The Dutchman is often an afterthought when conversation turns to Alan Shearer, Thierry Henry, Didier Drogba or Wayne Rooney. It does his 127 Premier League goals an injustice.

That is not to say that Hasselbaink hit the ground running in England. Signed by Leeds for £2million in 1997, the striker scored on his debut in the English top flight in a 1-1 draw against Arsenal in August. He would not record his second league goal until a 4-3 win over Derby in November, a full 13 games later. The Dutchman even wrote in his 2005 autobiography that he struggled to adapt to the pace of the English game. He had managed it by the end of the season; he shared the Golden Boot following a post-Christmas run of 11 goals in 19 games.

Erik Lamela
‘Erik Lamela should not be written off on the basis of one poor season’ reads the headline to a Jonathan Wilson piece in The Guardian, dated August 2014. It is strange to think the Tottenham forward ever had such vocal critics, but ‘written off’ was actually a generous description. Many were prepared to dub his summer 2013 signing a failure within a year.

Unfortunately for Lamela, he was dealt the double blow of becoming Tottenham’s most expensive player ever, and the man charged with replacing new Galactico Gareth Bale, when he joined from Roma. He was never likely to live up to either tag immediately after moving to a new club in a completely different country. Andre Villas-Boas handed him his debut as a second-half substitute in a derby defeat to Arsenal in September 2013. His first Premier League start came in a 6-0 defeat to Manchester City in November. He ended the season with Tim Sherwood as his manager. He was destined to never succeed.

Then Mauricio Pochettino happened. Lamela has undergone a notable improvement at White Hart Lane since his countryman’s appointment as manager in summer 2014. The wiry, lightweight show pony in his early 20s has become the poster boy for White Hart Lane’s new vicious, cynical streak. It turns out he really shouldn’t have been written off on the basis of one poor season.