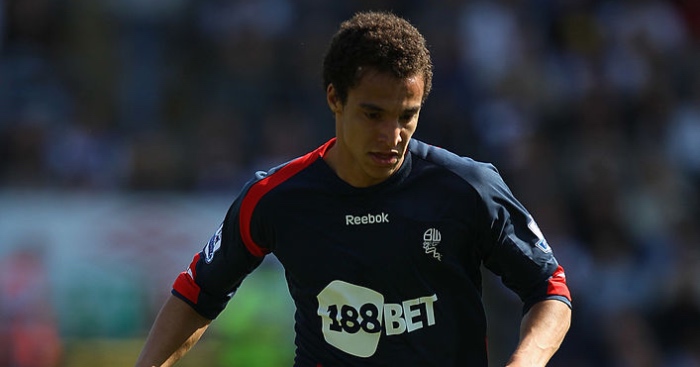 Sometimes a move to the Premier League comes too early in a player’s career. Most don’t return – they can’t deal with the infamous pace and aggression, of course – but some come back with a point to prove. So we’ve looked at five players with forgettable first spells in the Premier League. Actually forgettable ones, not like Kevin de Bruyne and Mohamed Salah whose first stints are impossible to forget as they’re rammed down the throats of Chelsea and their fans at every given opportunity. We start with the first of what Leeds hope will be many a Rodrigo…

Rodrigo
“Bolton’s a small place and people live totally differently to Spain,” Rodrigo once said, reflecting on his year-long loan in the Premier League. The Spanish striker played under 500 minutes of football for Bolton in 2010/11, and both he – for scoring just once – and his manager Owen Coyle – for not playing him – were castigated for not making more of his limited time there.

But while it may have been Lancashire hot pot over paella and freezing toes over tanned forearms, Rodrigo remembers his time in England fondly. “The way people live football is different, too. That’s what makes the Premier League so special, in that sense it’s better than the rest. It’s cultural, there’s respect for history.”

Leeds’ new £27million signing will have a target on his back, with the not-cut-out-for-the-Prem brigade always likely to jump more quickly at the chance to dismiss a former dud. But don’t expect him to score a bundle of goals; he’s never been prolific. It’s his link up play and ability to knit attacks together that he’s been bought for, and will make Leeds even more watchable than they were last season.

Despite moving to the Bridge for £2.7million in 2013, the Ghanaian first appeared in the Premier League – after the inevitable loan to Vitesse – for Everton. One start and a total of 110 minutes of league action for the Toffees was followed by two League Cup appearances on loan at Bournemouth and then more of a run of games for half a season with Malaga in La Liga.

Atsu just about sniffed the freshly cut grass of Chelsea’s Cobham training ground before he was once again sent off on loan, this time to Newcastle. He helped the Toon gain promotion back to the Premier League in 2017 and earned a permanent contract off the back of it.

Chelsea made £4million on Atsu. How are they affording to spend so lavishly in this transfer window? That’s how.

Marcos Alonso
It looked like the dupers would become the dupees when Chelsea signed Marcos Alonso for £20million from Fiorentina in 2016. The Spaniard was in a Premier League relegation battle in both of his two previous stints, losing that fight with Bolton in 2011/12 (though he only made five appearances) but winning at Sunderland, when he was brought in for half of the 2013/14 season.

Alonso rightly shouldered very little of the blame on either occasion, and he has proved to be a very good Chelsea signing. His defending is ridiculed – often unfairly – but his attacking influence and output puts most playing in his position to shame. He was a vital cog in Antonio Conte’s title-winning side.

With Ben Chilwell arriving, Alonso will either leave or face spending the vast majority of his future on the sidelines, but no matter what happens he’s built up a lot of credit for what he’s achieved in his third Premier League spell.

Dan Burn
The now full-back won a single point in the six Premier League games he started at centre-half for Fulham in their 2013/14 relegation campaign. After three seasons in the Championship and then relegation to League One with Wigan, Burn must have questioned whether he would ever add to that solitary top-flight draw.

But the Englishman has been a revelation at left-back for Brighton this season. He’s assured in defence, unexpectedly confident going forward and has an Aguero-approved great touch for a big man…

Adama Traore
“He’s a bit of Messi and Ronaldo!” Tim Sherwood quipped when he signed Adama Traore for Aston Villa in 2015. He failed to score in 186 minutes of football for Villa in a season that ended with relegation. He then moved to Middlesbrough, featured far more, but again failed to score and was relegated for a second time.

Slightly raised eyebrows then when Nuno Espirito Santo decided to spend £18million on the winger in the summer of 2018. And they’ve been raised ever since, but are now accompanied by gritted teeth as we live vicariously through the poor defenders he terrorises week in, week out.