Dele Alli could be the latest to be given the cold shoulder – these five know how it feels... 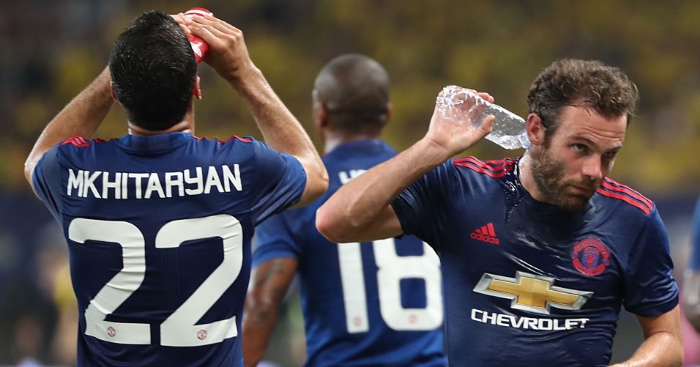 Jose Mourinho doesn’t suffer fools. He also doesn’t always suffer world-class players. The two aren’t mutually exclusive. Having managed the biggest clubs in the world, he’s also worked with the best players in the world. Some flourished; some didn’t; plenty were frozen out. Dele Alli could be the latest to be given the cold shoulder – these five (and there could be more) know how it feels…

Kevin De Bruyne
“Jose called me into his office in December, and it was probably the second big life-changing moment for me. He had some papers in front of him, and he said, ‘One assist. Zero goals. Ten recoveries’,” De Bruyne said when asked about his relationship with Mourinho. “It took me a minute to understand what he was doing. Then he started reading the stats of the other attacking forwards – Willian, Oscar, Mata, Schürrle. And it’s like – five goals, 10 assists, whatever.”

De Bruyne had at that point played far fewer games than the other forwards, rightly felt it was an unfair comparison and told Mourinho he wanted to leave. It was – according to the Belgian – the second and final time he had a conversation with his manager. He moved to Wolfsburg for £18million the following month.

Juan Mata
When Mourinho arrived for his second spell at Chelsea in the summer of 2013, Juan Mata had been Player of the Year for two consecutive seasons, scoring 31 goals and providing an incredible 54 assists across all competitions. But numbers man Mourinho wasn’t impressed, maybe Mata should have taken ‘papers’ to his meeting.

The Spaniard was deemed surplus to requirements and allowed to leave for Manchester United in January, where he would be awkwardly reunited with the Portuguese boss like a chance meeting with a spurned former flame.

The Portuguese prosaist was also eager to point out that while he was responsible for signing “the kid he was in love with”, it was Chelsea who decided there was too much troubled water for Salah to bridge, and allowed him to leave. Convenient, that.

Henrikh Mkhitaryan
Was the Mkhitaryan-Mourinho marriage ever going to work? A slight, technically gifted, luxury playmaker, with no Premier League experience playing under a manager who values hard work, strength and mental toughness above all else. Surely it was doomed to fail.

Mourinho – who claimed he had “good feelings” about the midfielder when he left the club – publicly called out Mkhitaryan a number of times for a lack of effort and productivity. It’s fair to say any feelings of positivity were not reciprocated.

When asked whether Mourinho made life hard for him at United, Mkhitaryan simply replied: “It’s difficult for anyone.”

Luke Shaw
Mkhitaryan had it easy at United compared to Luke Shaw. The United full-back was frequently criticised by Mourinho for his form and fitness, with Shaw’s Old Trafford teammates reportedly claiming they felt he was being ‘bullied’ by the manager.

Things came to a head when Mourinho took it upon himself to run up and down the touchline with Shaw like he was controlling him in a game of table football, yelling basic positional instructions at his defender and then taking credit for his performance after the game.

“He [Shaw] was in front of me and I was making every decision for him. He has to change his football brain,” Mourinho said. “We need his fantastic physical and technical qualities, but he cannot continue to play with my brain.”