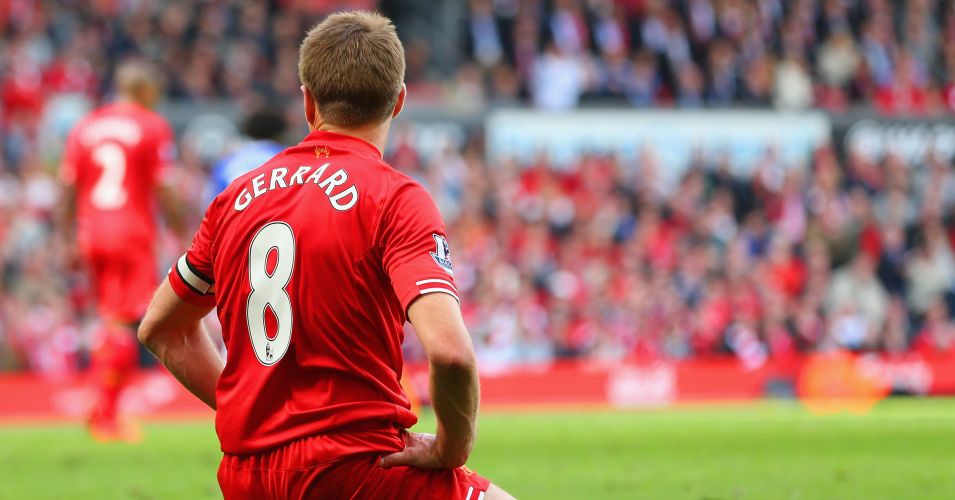 After our list of five players who have been sorely missed, let’s take a look at the reverse…

Abou Diaby: The man who spent more time on the Arsenal injury table than the pitch even before it became an club ‘thing’, Abou Diaby ended his love affair with the Gunners in June 2015. The French midfielder was Arsenal’s longest-serving player after joining in 2006, but his career at the Emirates was decimated by injuries, to say the least.

Diaby suffered 42 separate knocks, strains, tears and breaks in nine years at the club, and each long-awaited return was granted ‘like a new signing’ status. The 29-year-old made just 16 Premier League appearances in his final four seasons at Arsenal, and considering the continued struggles with injury at the club, Diaby’s summer exit now looks like the sad but inevitable parting of two soulmates.

Steven Gerrard: It hasn’t exactly been a clean break, what with Gerrard still to move some things out of Liverpool’s apartment, and continually ‘popping round because he was passing’ in an attempt to keep an old flame burning, but the summer separation between him and his high school sweetheart was necessary. The captain had been in the Reds’ first team since 1998, and had an almost mesmeric grip over the fans, the players and the club’s erstwhile manager. Few other players are afforded a farewell tour. Liverpool needed the space to grow without Gerrard, be that for a year, two years or longer before his inevitable return, and Jurgen Klopp has ably replaced the midfielder’s leadership, personality and connection with the fans.

Plus – and forgive the used of that damned term – can you imagine Steven Gerrard gegenpressing? The 35-year-old made 29 Premier League appearances last season – more than all-but five players – with each coming in defensive midfield. Yet per-game stats of 1.7 tackles, 0.8 interceptions and one dribble would not suit Klopp’s game; he would rank 10th, joint 12th and 7th respectively in the current squad. Gerrard’s off-field importance has been replaced, but his on-field significance was already on the wane. One more season as a player could have tainted his reputation.

Radamel Falcao: In the four seasons before joining Manchester United, Radamel Falcao had plundered 63 league goals in 89 appearances for Porto, Atletico Madrid and Monaco. A serious knee injury suffered in January 2014 was a significant blow, eventually ruling the Colombian out of the World Cup, but Falcao was expected to return stronger than ever afterwards. Manchester United signing him on a season-long loan on deadline day in the summer of 2014 was regarded as a coup.

Falcao made 29 appearances at United, scoring four goals. With James Wilson now having been loaned out by Louis van Gaal, the club boast just two recognised strikers, one of which is used more often as a left winger, the other most recently utilised in defensive midfield. Such a rigid system was simply not conducive to Falcao, whose powers had been significantly reduced due to injury. He returned to France with no club stupid and naive enough to repeat the same mistake by signing him as back-up the following season.

Asmir Begovic: Stoke have conceded 12 goals so far this Premier League campaign, fewer than all but Manchester United, Arsenal and Tottenham. Much of this is down to the form of PL keeper of the season Jack Butland.

Hark back to last season, and it was a considerably different story. Butland was signed from Birmingham in 2012 and was expected to provide competition for established No 1 Asmir Begovic, but the 22-year-old made just six Premier League appearances in three years. Three was also his number of loan spells to Championship clubs in that time. Begovic’s summer departure for Chelsea left the relatively untested Butland as Stoke’s undisputed first-choice keeper, and he has been a revelation, tripling his number of England caps as a result. If anything, the apprentice has been an upgrade on the supposed master.

Younes Kaboul: Tottenham are rather good this year, if you hadn’t noticed. Much of this is down to the emergence of Dele Alli and Eric Dier in midfield, while Harry Kane has continued his goalscoring form. But the partnership of Jan Vertonghen and summer signing Toby Alderweireld in central defence has been integral.

Only Manchester United have conceded fewer league goals this season than Spurs, but such defensive resoluteness has been an alien concept at White Hart Lane for years. Vertonghen had been a first-team regular since joining in 2012, but his partner in central defence had never been certain. That only Federico Fazio (20) made more appearances alongside the Belgian than Younes Kaboul (11) last season is borderline criminal negligence on the part of the club. Kaboul ended a tryst that had gone on for far too long by joining Sunderland in the summer, and Spurs took the unheralded step of completing a signing that made sense.