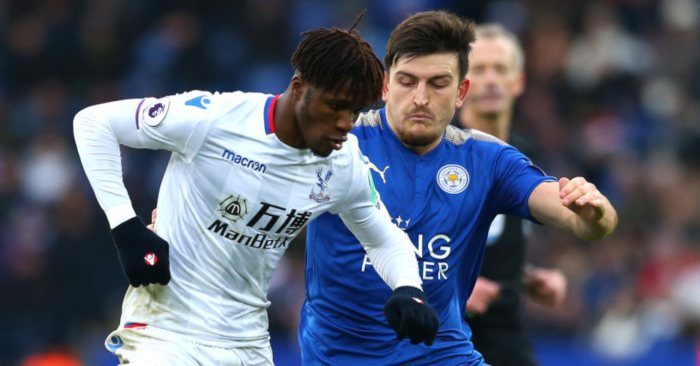 Wilfried Zaha (Crystal Palace). Rumoured price: £100m
For the third successive summer, Wilfried Zaha sat down with Crystal Palace chairman Steve Parish and told him that he would really quite like to leave the club for a second time as he craves the Champions League football he was denied during his disastrous spell at Manchester United. History suggests that Zaha is more likely to sign another new five-year contract on improved terms than actually leave Palace, who quite rightly want to extract maximum value from their greatest asset. Yes Wilf, you can leave, but somebody needs to pay £100m.

That’s a British transfer record. That’s in the same ballpark as the figure Chelsea expect to extract from Real Madrid for Eden Hazard. It has reportedly put off parsimonious Tottenham, and it’s far too rich for Arsenal’s blood, which is a shame as he is pretty much exactly what they need. Only perhaps United have the appetite and resources to go back for Zaha, particularly as a sell-on clause means that their final receipt would be flattered by a smaller price.

Is he worth £100m? To Palace he is, yes. And right now – with the TV deals making rich men out of even the Premier League’s paupers – that is what matters.

Players with 100+ take-ons completed in the Premier League in each of the last two seasons:

Harry Maguire (Leicester City). Rumoured price: More than £75m
Every single half-decent central defender who might possibly move clubs this summer is priced at that magical fee of ‘might have to eclipse the £75m price Liverpool paid for Virgil van Dijk’. That particular quote is from the Daily Mail, who claimed this week that Harry Maguire is Manchester City’s choice to replace Vincent Kompany, though that rumour seems to have largely stemmed from Pep Guardiola’s desire to compliment the Yorkshireman after a 1-0 victory only achieved through his captain’s wonderful long-distance strike. City join Manchester United, Chelsea, Arsenal and Tottenham in apparently being mad-keen on the Leicester centre-half.

Maguire – like Zaha – signed a five-year contract last summer, so his club are under no pressure to sell a very valuable asset, while the player himself might well fancy at least one full season under Brendan Rodgers. Will any of those top-six clubs really eclipse the money Liverpool paid for Van Dijk if that is now the accepted benchmark? It would seem particularly perverse as Matthijs de Ligt is likely to move to Barcelona for less.

Callum Wilson (Bournemouth). Rumoured price: £50m
We declared it a ‘game’s gone’ moment when Bournemouth reportedly put a £75m price tag on Callum Wilson in January, and Chelsea wisely stepped away from any possible deal and not-so-wisely borrowed Gonzalo Higuain instead. That was a special January price as the Cherries knew they held all the mid-season cards, but his valuation is still likely to be around the £50m mark if any suitors come calling this summer. Like those above him, he has a long contract and Bournemouth are in no rush to sell.

Everton and West Ham have both been linked with Wilson but they are thought to be counting out about £35m in used notes; Wilson’s brightest hope of a move might still be Chelsea – assuming they can evade a transfer ban – if they can be convinced that £50m is a veritable bargain after the ridiculous sums they were quoted in January.

Aaron Wan-Bissaka (Crystal Palace). Rumoured price: £60m
The Mail called it a ‘remarkable’ price tag but how much did they expect Crystal Palace to accept for a right-back who has had a phenomenal first full season and is in no mood to agitate for a move? The current Premier League transfer record for a full-back is the £52million paid by Manchester City for Benjamin Mendy, and Manchester United have seemingly shuddered at the thought of eclipsing that price for a young right-back when they have already spent a small wedge on Diogo Dalot. Ditto Tottenham but minus the stuff about Diogo Dalot.

“Every footballer has his price. Just because they have a contract here doesn’t mean they have their feet nailed down here. The club is in no way advertising them as sellable objects,” insisted manager Roy Hodgson, who will be happy that somebody will have to stump up north of £150m to prise both Zaha and AWB away from south London. If August begins with them both at the club, Croydon Council should declare a local bank holiday.

Aaron Wan-Bissaka in the Premier League this season:

Declan Rice (West Ham United). Rumoured price: £70m
“There are big teams who decide to pay an important amount of money. Sure, if it is a good deal for the club and the player and improves his career, then we can do it,” said West Ham boss Manuel Pellegrini in March after Declan Rice had become an England international. The key words are “an important amount of money”; if they could turn down £35m for Marko Arnautovic in January, they will have no qualms about turning down £50m in June for Rice.

The price mentioned is £70m, which would make him the second most expensive central midfielder in the history of football. And that sounds absolutely bat-s**t mental, doesn’t it? And yet we really would not expect West Ham to sell for less. So it seems absolutely right that Rice should enjoy at least one more season just a hop, skip and a jump from the loving arms of Mark Noble.